Trump’s National Security Advisor John Bolton has recently eliminated the cybersecurity coordinator position within the National Security Council. This was one of the top positions within the organization and Bolton’s reasoning was that the lower level officials would be more than capable of handling cybersecurity issues. In fact, “Mr. Bolton has talked about ‘streamlining’ the N.S.C., and so far that appears to have involved reducing many of the new positions created over the past decade.”

Moreover, just a few days ago, special counsel Robert Mueller indicted 12 Russians for interference in the 2016 election. Meanwhile Trump denies that he colluded with Russia and argues that the investigation has yet to prove that interference has influenced the outcome of the 2016 election. After the summit at Helsinki, Finland, Trump and Putin held a press conference where they seemed all too cozy with each other. President Trump, when asked whether he would denounce Russia for interfering in the elections, said that he didn’t believe Russia was responsible; he completely threw the entire American intelligence community under the bus. 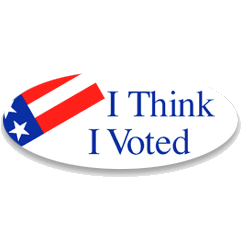 At this point anyone who believes that Trump can protect the United States from external threats is delusional. How can an administration claim to be innocent of colluding with Russia when it gets rid of the people who could protect the integrity of our democracy and our electoral process? A president who wants to build a border wall and increase military spending and presence for the sake of national security should also double down on cybersecurity efforts. It seems counterintuitive that Trump would “improve” security measures but then render us incapable of protecting ourselves from one of the greatest threats of our time. However, it’s completely logical to Trump, a man who favors Putin’s Russia over the wellbeing of his own people.

Purposefully neglecting the fact that foreign powers can gain access to private information about everyday Americans is scary. Countries like Russia could have access to your bank information, voting information, social media profile, browser history, and whatever else they find useful to ramp up political power against the United States. Russians can then use this information to feed us false information. For example, during the 2016 election, Russians created fake Facebook and Twitter profiles to promote a pro-Trump agenda. Moreover, if we aren’t updating our cyber defense systems, we’ve set a precedent for foreign powers besides Russia to infiltrate American political, economic, and social institutions. If we look weak, we are weak.

It has gotten to the point that even conservatives are criticizing Trump’s handling of Russia. But that’s not enough for our government to actually do something about it. Republicans had the opportunity to cooperate with Mueller instead of criticizing his “Witch Hunt”. They could also have taken advantage of their role as the majority party by working with Democrats to reduce future cybersecurity threats by foreign powers. But Republicans have to be careful not to risk their reputation with their voter base by disagreeing with the President. There’s a fine line between staying on the good side of the President and being an accomplice to Russian interference.

Russia’s already infiltrating the midterm elections, and there isn’t much Democrats can do about it for the 2018 elections. Members of the Trump administration say that Democrats are soft on our enemies but, because of his recklessness, it’s up to us to fight for strong foreign and cybersecurity policy. If we care about the safety and the security of the American people, we will do whatever is within our power to get Democrats elected in November and to push for policies that prevent cyber aggression. We have to listen to our intelligence community and invest in security technologies. If we decide to slack, we’re telling the American people that they don’t deserve to participate in American democracy and that interference is the new norm.

And remember this: Relying on a “Blue Wave” isn’t going to guarantee success.