Birth Control Extremism is a Gift to Women

If women needing birth control to treat endometriosis makes you think about sex, there are medications for that. 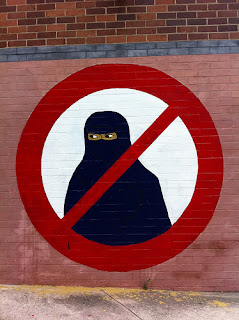 There are still at it. They’re still implying Sandra Fluke is a slut. They’re still betraying they have no idea how birth control works. They still think getting a prescription to treat endometriosis is some luxury you’re being “given” at their expense.

As Secretary of State Hillary Clinton recently said, “Why extremists always focus on women remains a mystery to me. But they all seem to. It doesn‘t matter what country they’re in or what religion they claim. They all want to control women.”

She seems to be wondering two things:

1. Why are they so dumb?
This is just a horrible strategy. All they are doing is reminding women both of what the Affordable Care Act offers and what will be taken away. And they’re doing it a way that makes it impossible for a self-respecting woman to vote Republican.

2. Do you they really hate women this much?
As a man I can promise you that boys are taught to take great shame in any femininity, which in patriarchal societies is identified with weakness. Since weakness is natural feeling, it has to be converted into shame which turns to rage at gay men and women.

I think Secretary Clinton knows this but it isn’t something that polite people say out loud. I’m not polite. For any sane man, the idea of any man who isn’t a doctor telling a woman what to do with her body is as repulsive as a Rush Limbaugh centerfold.

That conservatives are raging against women who use birth control, 98% of all women, and not obese people who get Lipitor betrays the conservative agenda.

This isn’t about responsibility or anything other than rejecting a woman’s ability to experience the sexual liberation as men. It’s a tactic we shun in the Middle East and decry in the inner city. And when women see it, they always know what it is.

My only fear is that this story broke too early. This is something women need to be reminded of every day until the election. Because if they aren’t, they’ll be reminded every day after.