Winning the Presidency One Voter At A Time 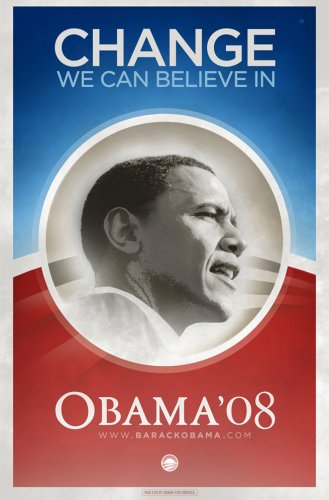 I love the way the Obama campaign is going totally grassroots with their campaign. My wife and I have gone door-to-door to invite people to a house meeting and I ended up having meaningful and very interesting conversations with so many of them, even those people who don’t plan to vote for him. So many people are simply fed up with the status quo and, as one eldery codger told me, “We shore do need a change now, don’t we, young man?” And this is in a semi-rural community. People are FED UP.

One of the main movers and shakers in the Obama campaign in our area voted for John McCain in the primary. But after McCain said he didn’t think Americans cared if we were in Iraq for 100 years, 1000 years, 10,000 years… well, he came to the realization that the Republican party in this country has completely lost touch with what’s important to most Americans. So now he’s working his butt off to get Senator Obama elected.

The New York Times published a poll taken last week that has some very depressing news for Republicans:

Here’s the type of approach Senator Obama’s campaign is taking and it is grassroots to the core:

There is a great new program to help us win this November. All you do is log in to MY.BARACKOBAMA.COM/VOTERCONTACT and follow the directions from there. They will help you print out a walk list of 20 undecided voters who live near you (there is a flyer too).

Then you knock on each person’s door and ask them where they stand and record their responses so we can get them out to vote in November if they are a strong supporter, try to persuade them further if they are undecided or just leave them alone if they are not supporting.

The next time you log in and click on the “NEIGHBOR to NEIGHBOR” button, you will see a button labeled “Report Voter Contacts” at the top of the screen. Just click on that button and report your data for each person. And then, please sign up for more contacts if you can.

Please don’t get too distracted by people who just don’t get it. There are more than enough people to elect Barack Obama but we have to find them all and get them out to vote in November. This program is a great way to get it done. Please encourage your family and friends to work in their neighborhood as well and pass this email on to them.

THAT is how you win the presidency. One voter at a time in local communities. People looking each other in the eye and talking about how to make this country greater.