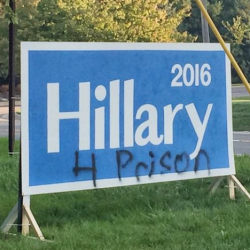 Donald Trump’s insistence that anything he doesn’t win is “rigged” was one of the highlights of last night’s debate where he whined about not winning an Emmy for The Apprentice. His insinuation that the 2016 presidential election is “rigged” since he’s not winning is, of course, a petulently childish stamping of his feet and, as is now well-documented, something he’s […]

END_OF_DOCUMENT_TOKEN_TO_BE_REPLACED

This is hilarious Once the hero of the tea party by bringing a solid conservative and nearly libertarian slant to Michigan government, Lt. Governor Brian Calley is no longer feeling the love from from his off-the-charts-conservative tea party supporters. They appear to be on their way to get him replaced on the ticket in 2014. Some tea party members in […]