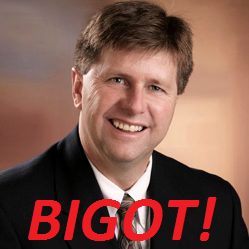 Early this month, in a piece about Republican attacks on State Board of Education President John Austin, I noted that State Senator Tom Casperson was moving forward with introducing one of his own here in Michigan. Sure enough, as he promised, today that bill was introduced as Senate Bill 993. In that piece, I also said this: Sen. Casperson’s yet-to-be-introduced […]

END_OF_DOCUMENT_TOKEN_TO_BE_REPLACED 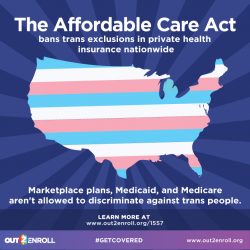 New rule clarifies access to coverage and care for LGBT people, as anti-equality sentiment continues to run high. Discrimination against transgender people is nothing new — and it’s a problem that’s sadly going to get worse before it gets better. (See: North Carolina’s HB2.) Consider Jay Maddock of Kalamazoo, Mich., whose coverage for care he needs as a transgender man […]

END_OF_DOCUMENT_TOKEN_TO_BE_REPLACED 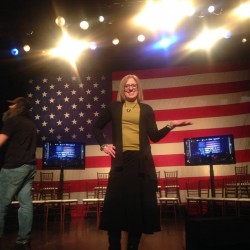 This transgender woman is on a lifelong journey to express her authentic self. This is part of a story series about the lives of transgender people. Read the introduction here. It was the summer of 1964. Char Davenport, who was eight years old, was sitting with her father on the front porch. At the time, she says, she didn’t think […]

END_OF_DOCUMENT_TOKEN_TO_BE_REPLACED Today, November 20th, is International Transgender Day of Remembrance (TDOR). TDOR was started by transgender advocate Gwendolyn Ann Smith as a vigil to honor the memory of Rita Hester, a transgender woman who was killed in 1998. The day is intended to bring awareness to the violence experienced by the transgender community on a daily basis. The trans community faces […]

END_OF_DOCUMENT_TOKEN_TO_BE_REPLACED

Saturday morning 20-year old transgender woman Amber Monroe was found dead in her apartment in Detroit, a victim of an apparent shooting. Details are sketchy at the moment but, according to transgender rights activist Julisa Abad, this was not the first time Monroe had been the victim of a shooting. Monroe was a student at Wayne State University but had […]

END_OF_DOCUMENT_TOKEN_TO_BE_REPLACED 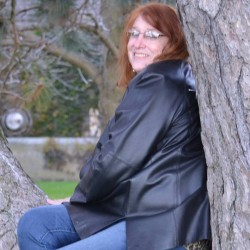 Both the lawsuit and legislation seek to update gender markers on state identification. Imagine having to share the deepest of personal information about yourself — information that could subject you to discrimination, violence or worse — every time you wanted to cash a check. Imagine being challenged every time you pull out your state-issued identification because you look like a […]

END_OF_DOCUMENT_TOKEN_TO_BE_REPLACED

Earlier this month I wrote about a woman in Midland who had her Planet Fitness membership cancelled because she spent her days in their gym warning anyone who would listen that Planet Fitness had a “No Judgment Zone” policy that permitted a transgender woman to enter the women’s locker room. Keep in mind that their locker rooms have private changing […]

END_OF_DOCUMENT_TOKEN_TO_BE_REPLACED

This is the feel good story of the month so far. Planet Fitness, a national chain of fitness clubs, has a the motto “Judgement Free Zone”. So, when one of their members in Midland, Michigan complained (and complained and complained) that a trans* woman was using the women’s locker room, they reluctantly took action. The action was to tell the […]

END_OF_DOCUMENT_TOKEN_TO_BE_REPLACED

Since last week’s hearing on expanding the Elliott-Larsen Civil Rights Act (ELCRA) to include the LGBT community, I have been sharing testimony prepared by members of the trans* community that were to be delivered at the State House Commerce Committee hearing. Since not enough time was alotted to hear these personal stories at the hearing, seven of them have been […]

END_OF_DOCUMENT_TOKEN_TO_BE_REPLACED

Over the past two days, I have been sharing testimony prepared by members of the trans* community that were to be delivered at a State House Commerce Committee hearing on expanding the Elliott-Larsen Civil Rights Act (ELCRA) to include the LGBT community. Unfortunately, not enough time was alotted to hear these personal stories. You can read them HERE and HERE. […]