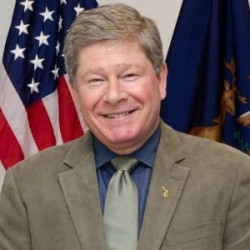 When Rick Snyder needs to have something done, he often turns to one man: Richard Baird. Baird has long been Snyder’s “right hand man”, enjoying a position in the governor’s Executive Office and listed as his “Transformation Manager”: Baird has a list of scandals in Michigan that he is tied to. He was originally paid from a fund set up […]

END_OF_DOCUMENT_TOKEN_TO_BE_REPLACED

This post has been updated to include information about Baird asking for a refund of the back interest he paid when he settled his tax bill. Richard Baird, already busted for getting a tax break on residences in two states and being registered to vote in both Michigan and Illinois, now has another issue to deal with: although he’s been […]

END_OF_DOCUMENT_TOKEN_TO_BE_REPLACED

A couple of weeks ago, I reported that Richard Baird, Gov. Snyder’s top confidant and “Transformational Manager”, had threatened to sue both Senate Democratic Leader Gretchen Whitmer and Michigan AFL-CIO President Karla Swift. Baird, who has a history of bullying, is now demanding a retraction of an op-ed penned by Swift and published in a number of Gannet newspapers across […]

END_OF_DOCUMENT_TOKEN_TO_BE_REPLACED

In June of last year, I was contacted by someone who works for the state government who told me a few things about Richard Baird, the man who shared office space and a phone number with Gov. Rick Snyder but, at the time, was paid off the books by the so-called NERD fund which was funded by secret financial contributors. […]

END_OF_DOCUMENT_TOKEN_TO_BE_REPLACED

Richard Baird is the kind of guy you only hear about when he makes a mistake. That’s because he likes to operate behind the scenes, pulling strings, manipulating people, and using his power to get his way. Whether it’s secret meetings to bring back school vouchers with Gov. Snyder’s “Skunk Works” project, potentially illegal lobbying while working in the state […]

END_OF_DOCUMENT_TOKEN_TO_BE_REPLACED

BREAKING: The NERD Fund is back – Snyder administration faces charges of nepotism and corruption

“We are on it…” This morning the Michigan Democratic Party released emails obtained through a FOIA request suggesting that Richard Baird, Governor Rick Snyder’s “Transformation Manager” who was once paid from the New Energy to Reinvent and Diversify (NERD) Fund, intervened on behalf of Governor Snyder’s cousin George Snyder to ensure he was protected from budget cuts in 2011. The […]

END_OF_DOCUMENT_TOKEN_TO_BE_REPLACED

If it was such a good thing, why hide the donors? [Caricature by DonkeyHotey from photos by Anne C. Savage for Eclectablog] WXYZ is reporting that Michigan Governor Rick Snyder is closing the shadowy, secretive slush fund — the “NERD Fund” — that was used, until last week, to pay the salary of his confidant and advisor Richard Baird, as […]

END_OF_DOCUMENT_TOKEN_TO_BE_REPLACED

Not so fast, governor [Caricature by DonkeyHotey from photos by Anne C. Savage for Eclectablog] It’s common knowledge that one of Michigan governor Rick Snyder’s top advisors, Richard Baird, is being paid from a secretive slush fund called the NERD Fund. Because Snyder continues to refuse to disclose the donors to the NERD Fund, there’s no way to know what […]

END_OF_DOCUMENT_TOKEN_TO_BE_REPLACED

Plausible deniability or intentional obfuscation? [Caricature by DonkeyHotey from photos by Anne C. Savage for Eclectablog] Depositions were taken in an ongoing lawsuit this week that seeks to determine if the State of Michigan negotiated in good faith with unions before declaring bankruptcy in Detroit. Yesterday, Governor Snyder took his turn and some of the deposition is on tape. One […]

END_OF_DOCUMENT_TOKEN_TO_BE_REPLACED

You’re on a roll, Governor Snyder [Caricature by DonkeyHotey from photos by Anne C. Savage for Eclectablog] Governor Snyder has scored the coveted Birther endorsement with this tweet last night from Donald Trump: Michigan has made great progress under Snyder-Calley. @MIGOP is out early energizing the grassroots. Keep it up! #JoinMITeam — Donald J. Trump (@realDonaldTrump) September 16, 2013 Every […]

END_OF_DOCUMENT_TOKEN_TO_BE_REPLACED

The Dick Cheney of Michigan? Immediately after he was elected in 2010, Michigan governor Rick Snyder brought Richard Baird on board to be his “Transformation Manager”. It’s a new title and position for the state of Michigan and is paid for from the governor’s secret-donor slush fund called the New Energy to Reinvent and Diversify Fund (NERD). Baird, who had […]