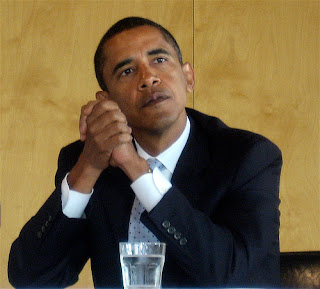 BREAKING: Black man can’t get a little credit Here’s Barack Obama’s problem: He makes it look too easy. His is a presidency that is flooded with accomplishments and astoundingly lacking in gaffes and scandals. He has returned this economy to just about where it was before the Great Recession hit, reversing a tide of attrition that lasted nearly a decade. […]

END_OF_DOCUMENT_TOKEN_TO_BE_REPLACED

Patriotism has its limits (apparently) Over the past few years, we’ve seen world record-breaking profits for the Big Oil companies, even when gas cost over $4 a gallon during President George W. Bush’s time in office. (And, yes, despite the rhetoric coming out of the mouths of nearly all Republicans at the moment blaming President Obama for the current cost […]

END_OF_DOCUMENT_TOKEN_TO_BE_REPLACED

You have to know where you’ve been to know where you’re going Obama for America, President Obama’s reelection campaign, released a trailer this morning for a new 17-minute documentary on the president’s first term. The film, “The Road We’ve Traveled”, is directed by Davis Guggenheim, the creator of the multi-award-winning film “An Inconvenient Truth”, and narrated by Tom Hanks. Here’s […]

END_OF_DOCUMENT_TOKEN_TO_BE_REPLACED 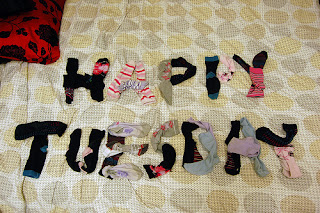 Good Luck Tonight. Really. As Republicans in ten states take their turn at reluctantly accepting the creator of Obamacare as the GOP standard-bearer against President Obama, the actual President took the stage in the White House briefing room. He announced new help for veterans and millions of homeowners then took some questions from the press corp. Deftly, he explained to […]

END_OF_DOCUMENT_TOKEN_TO_BE_REPLACED 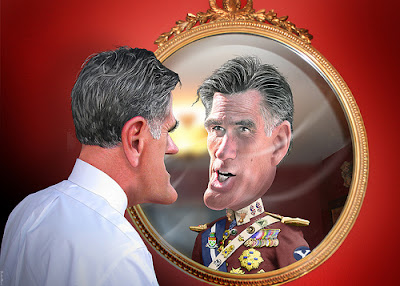 Exactly the same, only different Mitt Romney has been going to town frightening anyone who will listen about how President Obama’s plan to deal with the threat of a nuclear-armed Iran is endangering the USA. He’s been saying on the stump, “If Barack Obama gets re-elected, Iran will have a nuclear weapon.” We can’t risk that, he said, so we […]

END_OF_DOCUMENT_TOKEN_TO_BE_REPLACED

US Economy is looking better than previously thought

This is GREAT news for John McCain Barack Obama! Reuters is reporting that the U.S. Commerce Department has upgraded the fourth quarter 2011 GDP results up to 3% growth from 2.8%. The economy grew slightly faster than initially thought in the fourth quarter and a gauge of factory activity in the Midwest hit a 10 month-high in February, pointing to […]

END_OF_DOCUMENT_TOKEN_TO_BE_REPLACED

Rick Santorum thinks getting a college education is “indoctrination” & snobby

Elitest vs. Out of Touch Last Saturday when LOLGOP and I attended the Americans for Prosperity forum in Troy, Michigan (liveblog HERE), GOP Presidential contender Rick Santorum spit upon the goal of giving every American boy and girl the chance to go to college. What’s more, instead of valuing a college education, he described it as “indoctrination” and President Obama […]

END_OF_DOCUMENT_TOKEN_TO_BE_REPLACED

Who thought THAT was a good idea? I cannot for the life of me understand why he did it, but when Mitt Romney came to Detroit today, he chose the 65,000-seat Ford Field. It was such a bizarre choice that even the Detroit Free Press wrote about it. Romney camp’s game plan: Make Ford Field look crowdedIt won’t be hard […]

END_OF_DOCUMENT_TOKEN_TO_BE_REPLACED

How Occupy Changed the Conversation

My posse’s on Wall Street [email protected] Moulitsas “I ask you to judge me by the enemies I have made.” Franklin D. Roosevelt Franklin D. Roosevelt is not Barack Obama. FDR was born into American royalty, the cousin of a President. He had a chance to study the intimacies of power more closely than any President until George W. Bush, who […]

END_OF_DOCUMENT_TOKEN_TO_BE_REPLACED

Both GOP presidential front-runners would have let Chrysler & GM fail

It’s a winning message…for President Obama It’s not just Mitt Romney that would have crashed the economy by letting Chrysler and GM fail. Rick Santorum would have, too: Making his Michigan campaign debut in the home of the auto industry, Republican presidential candidate Rick Santorum said Thursday he would not have supported the government bailout of General Motors and Chrysler.”If […]

END_OF_DOCUMENT_TOKEN_TO_BE_REPLACED

See ya at the polls, buddy Not sure exactly how this math works out electorally-speaking but Rick Santorum seems to think his path to victory is slamming “The 99%”. At a campaign event this week (with really bad lighting, I might add) he derided Occupy protesters who were putting up a fuss: “I think it’s really important for you to […]