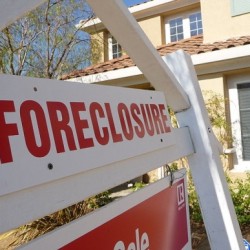 My county commissioner sent us a questionnaire soliciting input that would enable him to represent constituent views effectively. One question in particular nagged at me because it was more specific than all the others, had not appeared on any of the other dozens of political questionnaires I receive in a political season, and was not a topic du jour in […]

END_OF_DOCUMENT_TOKEN_TO_BE_REPLACED Disabled and fired from his teaching job, Baxter Jones starts hunger strike to reclaim his home

Baxter Jones was a Detroit middle school teacher and track coach in 2005 when his car was struck from behind by another vehicle. The horrendous accident left him with traumatic brain injury and he is now unable to walk or speak clearly. Five years later, while on family medical leave, he was let go from the Detroit Public School system […]

END_OF_DOCUMENT_TOKEN_TO_BE_REPLACED

Candidate for Michigan’s 11th Congressional District launches initiative seeking real stories of foreclosures executed by Trott and his law firm. During the housing market crisis, there’s a good chance you or someone you know went through a foreclosure or eviction. And if you live in Michigan, it might have been done at the hands of David Trott in his position […]