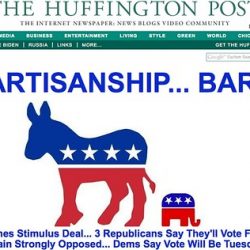 A Note on “Bipartisanship” and Impeachment…

I keep hearing that this impeachment is “baseless” because it has not been a “bipartisan” process. Let’s be clear: Many, if not most of the “fact witnesses” who have testified were appointed by and have served Republican administrations, and although our intelligence community is ostensibly politically neutral, there has been an acknowledged conservative ideology apparent in the FBI and CIA […]

END_OF_DOCUMENT_TOKEN_TO_BE_REPLACED Study released by the University of Michigan shows how Michigan may set an example for other states.

END_OF_DOCUMENT_TOKEN_TO_BE_REPLACED

Michael Reagan, adopted son of President Ronald Reagan, gave a talk in Livingston County, Michigan this past week. In his speech, he blamed Big Government for the economic crisis that started in 2007: He said the federal government, more so than large lending institutions, was responsible for the financial meltdown that began in 2007. Michael Reagan said the government, through […]