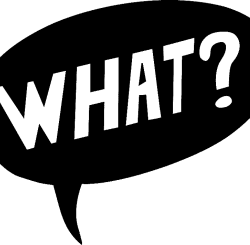 NOT THE ONION: Michigan passes new law outlawing police having sex with hookers while working

In a move you wouldn’t think necessary, this past week Michigan Governor Rick Snyder signed legislation into law that makes it illegal for undercover police officers to have sex with prostitutes while they are at work. No, I’m not kidding: Gov. Rick Snyder on Wednesday signed legislation officially outlawing police having sex with prostitutes on duty by removing an exemption […]

END_OF_DOCUMENT_TOKEN_TO_BE_REPLACED 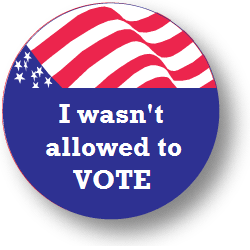 Prior to 2013, the Voting Rights Act required federal oversight of changes to election laws in areas where voter disenfranchisement had historically been a significant problem. One of those places was Maricopa County in Arizona. However, after the U.S. Supreme Court gutted the Voting Rights Act three years ago, Maricopa County officials were free to make whatever changes they wanted. […]

END_OF_DOCUMENT_TOKEN_TO_BE_REPLACED

This is truly an outrage The Tampa Bay Times teamed with The Center for Investigative Reporting and CNN to create an exhaustively-researched list of the fifty worst charities in the country. What you’ll read in the Times‘ reporting and CNN’s reporting will blow your mind. From the Times: Carol Smith still gets angry when she remembers the box that arrived […]

END_OF_DOCUMENT_TOKEN_TO_BE_REPLACED

Since the Newtown Massacre, there have been thousands of additional gun-related deaths in this country. It stimulated a national debate with a heighted push for sensible gun regulation. In response to this debate, Michigan Republicans have introduced legislation that would make it a felony to enforce any federal laws that attempt to regulate gun ownership.

END_OF_DOCUMENT_TOKEN_TO_BE_REPLACED Gun fetishists to start their own walled compound in Idaho, encourage tourists to come see them

This gon’ get ugly, kidz…

It’s pretty easy to see where this is going to end up. Follow me over the jump for all the insanity you could ever hope to read about.

END_OF_DOCUMENT_TOKEN_TO_BE_REPLACED 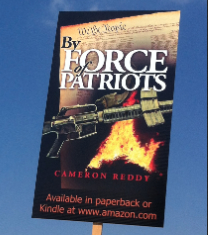 UPDATED: Tea partiers are afraid of violence (and RAPE!) at today’s rally because unions.

I got an hysterical inanity from the Tea Party of West Michigan this morning, a group whose website tagline is still the comically and grammatically incorrect “Influence policy, effect elections, protect the Constitution.” In it, the author warns about the potential for violence from union members.

END_OF_DOCUMENT_TOKEN_TO_BE_REPLACED Seriously. Just. One. Day. Anne and I are spending the Thanksgiving holiday in St. Louis and, last night, we were returning from our dinner and celebrating at around 11:45. We drove by the West County Center, a huge shopping mall anchored by one of the biggest Macy’s I’ve ever seen. Traffic was backed up to get into the mall and […]

END_OF_DOCUMENT_TOKEN_TO_BE_REPLACED

Will your vote be counted properly? Might just depend on where you live.

Last March in Wellington, Florida, City Council candidate Al Paglia was declared the winner only to learn later that the voting machines used to tally the vote had reversed his votes with his opponent’s and he was subsequently informed he had actually NOT been elected.

More on this and other voting machine-related news after the jump.

END_OF_DOCUMENT_TOKEN_TO_BE_REPLACED For a long time now I’ve predicted that Mitt Romney would slowly lose his mind, much like John McCain did in 2008. It’s simply not possible to tell so many lies and to take so many conflicting positions to appease so many disparate groups and not go bonkers. The cracks have been appearing for awhile now but his freakout during the recent attacks on American embassies in Libya and Egypt really revealed a meltdown process in full progress.

END_OF_DOCUMENT_TOKEN_TO_BE_REPLACED

Something is very odd about that Romney fundraiser video

Two months from May 17th? Eh? There’s something very odd about the question asked at the Romney fundraiser that was secretly filmed without Romney’s knowledge. In the video, an obvious Ayn Rand devotee asks, “For the past three years, all everybody’s been told is, “don’t worry, we’ll take care of you.” How are you going to do it, in two […]