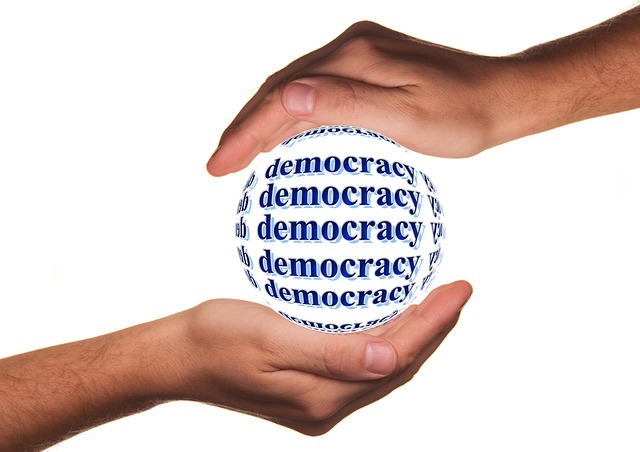 Every day, it seems, we learn something new about investigations of the January 6th Committee and other investigations by various law enforcement agencies into the Big Lie. Former President Trump’s election lies and his supporters’ subsequent attacks on our democracy shocked all of us — and understanding the consequences and what we can do as voters to secure our democracy are vital for every American and the future of our republic.

I’ve followed the hearings closely. Every revelation from the hearings into this obvious criminal conspiracy to overturn the 2020 election results angers me. The testimony of those who were there and watching clips of the attack on our nation’s Capitol, injuring more than 140 police officers, and leading to the deaths of several, still triggers a trauma response in me.

Here’s why: nearly a year earlier, I was in the Michigan State Capitol building when Trump’s tweets unleashed an angry armed mob to storm my workplace. Nearly 1,000 radical, agitated protestors — some armed, but all incensed by the former president’s call to “LIBERATE MICHIGAN!” against Governor Whitmer’s science-based executive orders designed to minimize the spread of COVID-19 — were welcomed into our state Capitol.

While peaceful protests are not unusual, that day felt different. The military-style rifles carried by men dressed in paramilitary fatigues. The signs with misogynistic, racist, and anti-Semitic language. The menacing mood that hung in the air. I remember walking past a snarling man referring to a doll hanging by a noose as Gretchen Whitmer. Walking from our office building to the Capitol, I watched as one of my Republican colleagues, amiably chatted with the protestors. I tried to hide my face, shoved my ID keycard and member’s pin in my pocket, and slipped inside through a side door so I could show up and do my job.

When the armed mob entered the Michigan Capitol building, they were clearly intent on intimidating us — duly elected representatives and staff members alike. As their yells echoed in the hallways outside the chamber, some militia members stalked the Senate gallery — a fact I only found out from a tweet from a colleague, sitting in fear and horror only a few hundred feet away on the floor of the other chamber. I continued to do my job — debating policy and voting on legislation. As an air of potential violence simmered around us, I started to look for escape routes, places where I could run and hide. Everyone in my life was texting and calling me. My staff, friends, and family watched online helplessly from across the state, knowing they couldn’t help me from afar.

I don’t tell this story with any relish or embellishment. I don’t tell it for sympathy or apologies from strangers, nor as some personal triumph over these insurrectionists.

I certainly don’t tell it to give any grand lesson about the triumph of our democracy. If anything, the attack on Michigan’s Capitol shows our democracy’s fragility — just how close we are to backsliding into authoritarianism.

We still haven’t held those who stormed Michigan’s Capitol or their ringleaders to account. We can’t muster the will to do the bare minimum to protect our state’s democratic institutions by reversing our policy allowing weapons into the building or establishing a security checkpoint at the entrance. Many of my colleagues continue to peddle election disinformation. Right now, a GOP colleague of mine is being investigated for allegedly trying to smuggle 16 fake electors into the Capitol to illegally certify a false Trump victory in the 2020 election — an act that would have rejected the will of millions of Michigan voters, sending our democracy into a downward spiral.

In fact, many of these same individuals are now nominees for major offices in Michigan, including Secretary of State and Attorney General, and won primaries for state legislative seats. Matt DePerno, the GOP Attorney General candidate facing possible criminal charges for election tampering, is now repeating conspiracy theorists who falsely claim that the 2020 Michigan Supreme Court races were fraudulent.

More than anything, we still haven’t fully reckoned with what is now clear to everyone — that the siege on Michigan’s Capitol was a dress rehearsal for the attack on the U.S. Capitol less than nine months later.

Evidence now shows us how Trump and his enablers in Congress, in the Executive Branch and in state legislatures around the country, including ours in Michigan, tried to wrest our democracy from us by force and intimidation — first that day in April in Lansing, and then in Washington, D.C. on Jan. 6. Believers of these election conspiracies have proven that they won’t rest until they have rigged future elections to produce only outcomes favorable to them. The Michigan GOP won’t rest until they elect extremist conspiracy theorists to our state legislature, choose whether your vote counts, and weaponize legislation and election disinformation to control levers of power for 2024 and future elections.

So, what can we do about it? How can we save our democracy?

For starters, we all must be educated, informed voters. I urge everyone to pay attention to the January 6th Committee hearings. Watch them live, follow them on Twitter, and read about them in reputable newspapers or news websites. Join with me and my colleagues in Lansing and across the country in calling for accountability for those enablers of the Big Lie. Know the facts so that we can stand together to defend our democracy — starting with the integrity of our elections.
Support candidates who do not traffic in outright lies about our elections and voting processes. And, most of all, vote. Vote your entire ticket. Do not leave any office blank. I know that it takes time, something that is a premium for us all, to research each candidate and office, but our democracy is worth taking an evening to sort through mailers and Google.
Trump and his supporters may have failed to overturn the 2020 election results but they’re still trying. We can’t afford to let them succeed.