Michigan and the rest of the nation are about to get a detailed, fact-based look into the role former President Trump, several members of Congress, state politicians and others played in ongoing attacks on our elections. 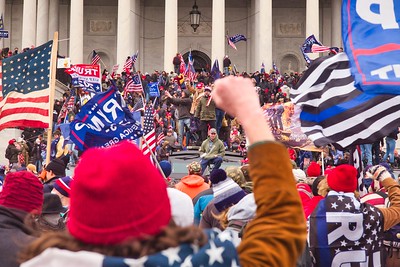 Starting on June 9 in prime time, the bipartisan congressional committee charged with investigating the attack on the Capitol on Jan. 6, 2021, will hold public hearings into these egregious attempts to sabotage the will of the voters.

To be clear, the insurrection did not just occur on January 6, but started in earnest on Election Night 2020, when the former president claimed fraud and tried to stop precinct workers from counting legally submitted ballots in places like Atlanta, Las Vegas and Detroit. What followed in the ensuing months was a concerted, criminal conspiracy to overturn the 2020 election. The truth is in the memos, texts and PowerPoint presentations that the committee is expected to show.

In addition to the storming of the Capitol building, Trump and his cronies claimed fraud with zero evidence, filed spurious and dubiously grounded legal challenges (all of which lost), and concocted a scheme to nominate a fake slate of electors with the hope that Vice President Mike Pence would break the law and precedent in an attempt to steal the election.

Our elections must be run fairly and without undue influence. No matter who you choose to vote for on Election Day, the process must be above reproach. Working to overturn the result of the election simply because you did not win, as Trump and his allies did, threatens the underpinnings of our democratic way of life.

Their scheme was not without victims, either. The violence they unleashed on Jan. 6, 2021, injured 140 police officers, and several of those brave men and women died. In addition, in the weeks that followed, our elections officials were harassed to the point where many have chosen to retire or resign to pull themselves out of the line of fire. The architects of the actions on Jan.6 and since must be held accountable, and these hearings will do just that.

Even more concerning: These efforts to attack our elections and overturn the will of the voters have not stopped. Politico uncovered a scheme to plant operatives as precinct workers around Michigan in an attempt to challenge and disenfranchise voters. And candidates up and down the ballot, including all five of Michigan’s GOP candidates for governor and the Republican candidates for Secretary of State and Attorney General continue to falsely claim that the 2020 election was stolen, with some going as far as to suggest we decertify an election that happened two years ago. One candidate for governor, Ryan Kelley, was literally on the steps of the U.S. Capitol urging the insurrectionists on.

Americans need to send a strong message that our elections are sacred, that every vote will be counted, and that Michiganders will not tolerate attempts to subvert our democracy for political gain. I hope that Michiganders tune in to the hearings to hear the full truth, starting June 9.