I am Ingham County Clerk Barb Byrum. I am ready for battle to save Roe v. Wade. Are you?

As you may already know, I have a lot of fun on Twitter and in these posts bringing forth the shenanigans of Republican candidates while also educating Michigan’s voters. I know that sometimes it may come off as silly or unserious. But today, I must be serious about what is happening regarding Roe v Wade.

But this is not the time for pith, this it not the time for levity. Alito wrote that this would “return the issue of abortion to the people’s representatives.” And it is time that we stop laughing about them because they are the ones making decisions about our health care.

Over the last two years, I have shown a glimpse of the kind of representatives that the Republican party has put forth, and made to win through dark money contributions, gerrymandered state legislative districts, and conspiracy-fueled cultism to Donald Trump.

Consistently, these representatives have not represented the will of the people. If they did, how could Michigan consistently vote for Democrats in presidential elections, yet elect a Republican State Senate for the last 38 years? 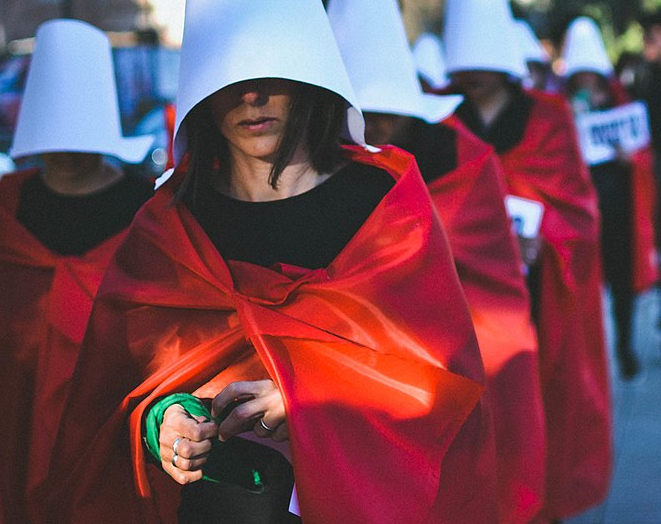 The minute that this opinion is formally entered and Roe v. Wade is no longer law, abortion will be illegal in Michigan. We have a law from the Great Depression era to thank for that.

And it won’t stop there. Alito specifically calls out same-sex marriage and sodomy laws in his opinion, claiming that they, too, are not “deeply rooted in history.”

The leaked majority opinion claims that safe haven laws somehow make it worry-free to have to carry a baby to term. They don’t. They claim that leave for pregnancy and childbirth is guaranteed in many cases. But not all.

This is no longer an academic debate. This is not a negotiation about how many weeks. It is not a thought exercise about a rapist’s unborn child or the value of a mother’s life if it is in danger, while carrying a child.

Too many of the people who probably consider themselves to be allies have said that it would never come to this. They would not listen and today they will be full of excuses. And it’s too late for that.

We told you that this would happen. We said it in no uncertain terms and we were told that we were being overly dramatic. We were told that this was settled law.  And make no mistake, as we have said many times before: This will not end abortions. It will end safe abortions.

I often get asked about voter turnout and its impacts on our way of life. We are seeing that right now. The people that are aghast right now should have gotten out and voted every election for the last ten years. They should have voted like their rights depended on it.

The Republicans in Congress have inexorably marched us to this point systematically over the last decade and they accomplished their goal. So what is next for them?

Is it codifying discrimination against our LGBTQ+ community? Is it eliminating marriage equality? Prohibiting adequate access to contraception? Limiting womens’ travel between states to have access to abortions in states that still allow it? Because that’s where this opinion suggests they will be going next.

Perhaps they will fundamentally change how Americans enjoy their right to privacy. This decision drives a pretty big truck through established case law and precedent on that issue.

So what can be done? That’s the next, inevitable, question, because we cannot change where we are, only where we go.

First of all, WE MUST VOTE LIKE OUR LIVES AND RIGHTS DEPEND ON IT.

We must turn out to the ballot box, we must support pro-choice and pro-LGBTQIA+ candidates and we must do it immediately. There is already a ballot initiative on the way that we must support.

We must find a way around our legislature that has turned a blind eye, knowing that this decision was coming and refusing to update our law. We must hold those representatives accountable for their inaction and demand that they solve this problem now.

We must donate to candidates who support our issues. I suggest Dana Nessel and Gretchen Whitmer to start. Because they will be crucial in the years ahead. We must check our voter registration and make sure it is up to date. Michigan voters can do that here.

You must request your absent voter ballots for August and November as soon as you are sent the applications and you must VOTE in every election.

There is no small amount of irony that this coming weekend is Mother’s Day. But this year, the Republicans are giving the mothers of this country the gift of no longer having autonomy over their body and taking away their ability to determine their own future.

Mark my words: The women of this country will not go quietly. We will not let you strip us of our rights. We won this right once before and we will do it again. I am Ingham County Clerk Barb Byrum. I am ready for battle, are you?