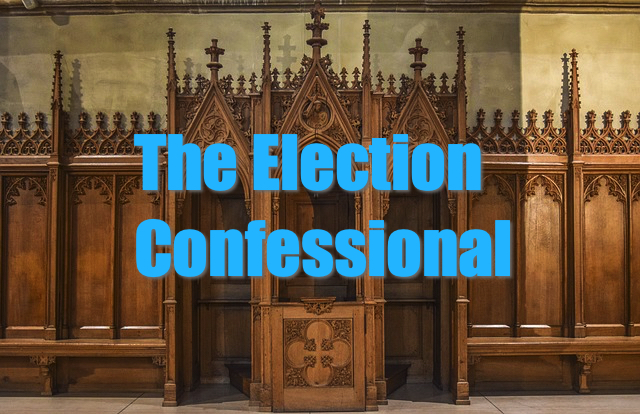 As an election official, people feel compelled to confess their voting-related sins to me. Often, people I barely know will tell me that they forgot to vote, or that they chose not to vote because they did not know the candidates, or that they did not even know there was an election. Voting is a right, and the choice not to vote in a contest is a voter’s right as well. However, these voters are not simply seeking absolution.

What they and I know, deep down, is that every single election is important. These elections include when local school boards get elected. They are when your city council members, your mayor, and your local city clerks are elected. Your local and county government are making decisions every day that often affect you far more than the abstract policies being passed in Congress.

If you have strong feelings about ensuring that students wear masks in schools, or not, then you should have no excuse for sitting out when your local school board members are on the ballot. If you are concerned about making sure your county parks are clean and well-maintained places to enjoy, then make sure you vote when your county commissioners are on the ballot. If you care about adequate funding to schools, roads, etc., find out when your county, city, township, or school district has ballot initiatives up for a vote.

The easiest way to do this is to sign up for your local clerk’s Permanent Absent Voter Ballot Application List so that you are mailed an application for a ballot for every election.

The public are just now understanding how much these local officials and initiatives affect their lives. For better or worse, people are more aware than ever what their local School Board Member believes and how they vote. In recent days, especially, local elected officials are coming under such intense scrutiny, that they are fearing for their lives and some are choosing to resign their offices rather than live in fear of being attacked for their votes on what are often volunteer boards and commissions. No one should feel unsafe in their job, elected officials included.

The result of the resignations that we see amongst local elected officials means just one thing: more elections. It is crucial that people get out and vote so that we get the school board members, city, township, and county officials that are representative of their districts. 15% of registered voters making these decisions simply will not do anymore. As we have seen lately, these offices are far more important and deserving of the public’s attention at the ballot box than that.

The voters that come to me are not merely seeking absolution, but also the penance as well. Please take the time to get to know the candidates and the proposals and make a plan to vote. Every election deserves our collective attention.

Should you wish to confess your election sins, or need to find out more about your next election, feel free to contact me and I will be more than happy to assist. You can follow me on Twitter @BarbByrum.