Our next Founding Fathers are actually Founding Mothers

Upon leaving the Constitutional Convention, Ben Franklin is quoted as saying that the constitutional delegates had chosen for America “a Republic, if you can keep it.” This came years after the founding fathers sat down and declared their independence from the British monarchy.

Our democratic republic was an experiment, which had never been tried before as a form of government. I have no doubt that Ben Franklin was skeptical about whether or not we would be able to keep it, as he famously quipped.  He would have had no idea about the trials and tribulations that our country would endure in the decades and centuries to come, but he did know that keeping our republic would not be easy.

Over the years, democracy has undergone significant reforms and challenges as our country reconciled with women’s suffrage, abolishing slavery and ensuring that people of color were afforded the right to vote, and overcoming Jim Crow laws. These were just some of the internal threats, but challenges to democracy came in the form of fascism, communism, and totalitarianism abroad as well. 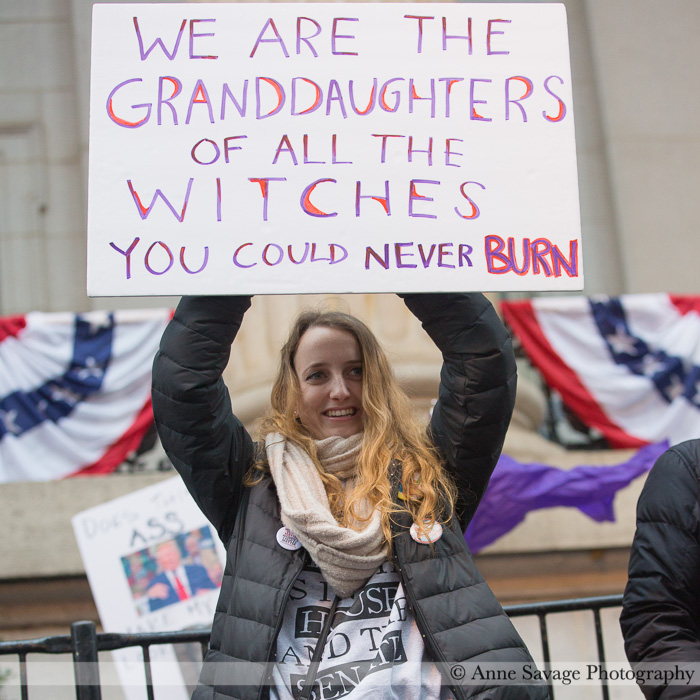 There were no women in the room the day the Declaration of Independence was signed nor at the Constitutional Convention. Women would not even get the right to vote for another 130 years. It would take many years after that for women to see meaningful representation in the halls of power in our nation’s Capital. Yet 234 years after the Constitutional Convention, when Democracy came under threat again, it was a new set of Founding Fathers, ahem, Mothers, who would be called upon to safeguard our democracy and therefore our republic.

Over the last year, the integrity of our democracy has come under fire from an unlikely source, the outgoing American President. For months, he claimed that if he lost, it would be  because the election was rigged and then, when he did lose, his supporters believed that to be true. To make a long story short, it fell to professional elections administrators to stand up for democracy in the face of some truly awful vitriol.

These elections administrators are overwhelmingly professional, badass women who have been standing up for democracy for years. In Michigan, for example, a large majority of our County Clerks are women. Our Secretaries of State have been women for the last 26 years. Many voting rights advocates are women as well. This is a trend that you can find replicated across the country.

In Georgia, Stacy Abrams has been the most high-profile voting rights advocate in the state over the last several years. She and her organization, Fair Fight 2020, was credited with registering an estimated 800,000 new voters in Georgia and her efforts to register and turn out voters impacted a presidential election.

In Arizona, Katie Hobbs has continually fought for the rights of Arizonans as their Secretary of State. She has pushed back in the media and to the public against the partisan power grab attempting to placate conspiracy theorists in Maricopa County. This in the face of being stripped of her authority to defend state election laws, and that power being given to the Attorney General instead.

Back here at home, Dana Nessel is not an election administrator, but has been fighting for the rights of Michigan citizens and standing up for truth in the face of election conspiracies, at a critical juncture in Michigan’s electoral history. At the urging of a Republican-authored report, Attorney General Nessel has committed to evaluate the falsehoods that many have made about the security and safety of the November 2020 General Election.

While I do not wish the challenges these strong and influential women have faced on anyone, this may be just the beginning of the fight. I also stand ready to continue to protect our democratic way of being. I have found myself, time and time again, fighting to ensure that the truth is heard and understood about our safe and secure elections, taking every opportunity to speak to the public, as well as to our legislators, to help educate on this topic. I am committed to administering the elections in Ingham County in a manner that is transparent, bi-partisan, and meets the highest security standard possible.

Ben Franklin did not know exactly who would need to step up and protect our democracy. Given the time period, he probably assumed it would be a group that very much fit the same demographic that sat in Philadelphia during the Constitutional Convention. While it took longer than it should have, I am pleased that we are in the very capable hands of our new Founding Mothers.

Who do you consider our Founding Mothers?  Submit your answer at www.barbbyrum.com/contact.