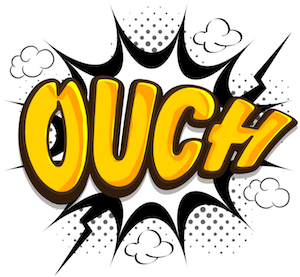 While there have been a few rational actors in the Michigan Republican legislative caucus who have refused to subscribe to The Big Lie that Donald Trump won more votes than Joe Biden in Michigan and, in fact, across the entire country, most have been vocally all in on it. The only the way The Big Lie isn’t a lie is if there was widespread voter fraud, the likes of which this country has never seen.

The happy fact is, our election system is so distributed, run by local municipalities with no central controller, stealing an election through voter fraud would be, as I said on the pod last week, like robbing a bank one dollar at a time. Even ballot tabulation equipment is different different from place to place so voting machine hacking would still have very little impact and would be virtually impossible to conceal.

But none of this has kept most Michigan Republicans from fawning and preening before an audience of one — Donald Trump — parroting his ridiculous Big Lie claims. Michigan Senate Republicans held a tour de farce hearing where they brought in Rudy Giuliani – who today lost his New York law license due to his mendacity about the 2020 election — to essentially run the show, calling witnesses, cross examining them, and turning our senate chambers into a complete clown show, once again making our state a national embarassment.

Senate Republicans vowed to get to the bottom of it with a serious investigation that many of figured would start with the conclusion and then work backwards. However, it turns out they actually did a valid examination and came to a non-subtle conclusion. Rather than put that conclusion in my own frame, we’ll let their report speak for itself. These are actually excerpts from the 55-page report:

That list reads like a list you’d see from a Democratic caucus investigation as it so thoroughly refutes all of the adherents to The Big Lie, at least as it relates to Michigan, that Senator McBroom and all of the other Republicans who signed onto it have probably ended their careers in what’s left of the Republican Party. The GOP is no longer a political party that permits dissent or contrary views. You either toe the line or you are banished into the political wilderness like Liz Cheney and others.

There are a number of recommendations in the report that might possibly save them. Some are valid, others seem to give some breathing space for the voter suppression bills Republicans will invariably pass and that Governor Whitmer will invariably veto. However, given how safe, secure, and legitimate the 2020 election was here, they seem entirely unnecessary.

At any rate, the recommendations in the report are little more than drop in an ocean of OUCH! for Michigan Republicans.