Will the Amazon union drive in Alabama be the most important vote for workers this century?

You know the basic story of labor in this country. Unions used to represent as many as 1 in 3 private sector workers. That number is now just 1 in 16. And as union membership has fallen, the share of income sucked up to the richest has exceeded pre-Great Depression peaks. 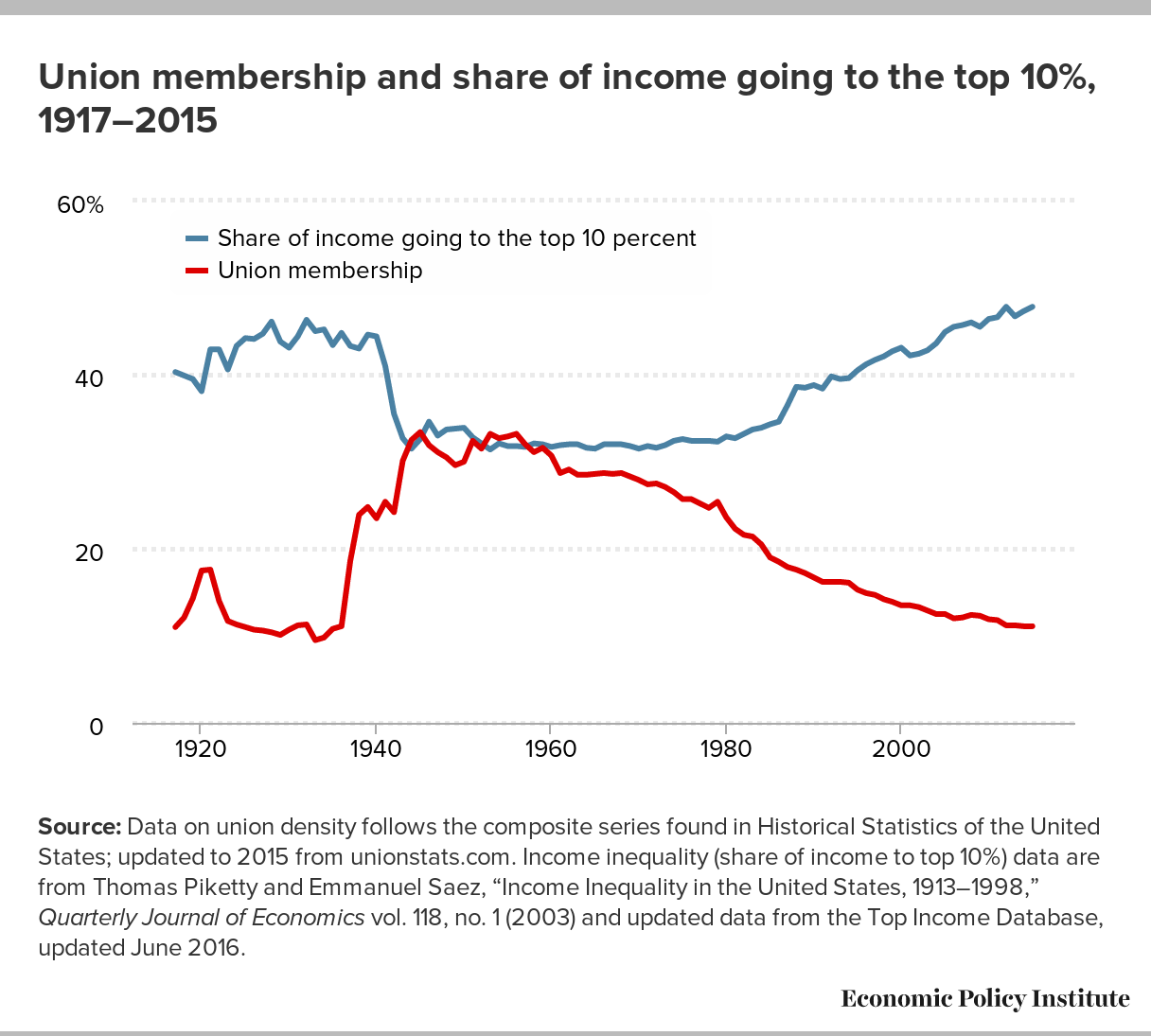 You could argue this is a vast coincidence or the inevitable consequence of the purposeful gutting of the institution once widely regarded as “the only lobbyists for the middle class.” Regardless, it’s difficult to imagine our half-century dalliance with trickle-down economics — which was a massive success for the richest and horrid failure for everyone else — lasting so long if unions had more power.

Eternal or infernal optimists sense that things could be changing. Unions remain popular. Before the pandemic, the “red for ed” movement was widely seen as reinvigorating progressive politics. Yet there has been precious little success in organizing the private sector, especially in the places that need it the most — like the south — and the industries that will define this century — like Amazon, which is almost an industry unto itself.

That could change with one vote to unionize in Bessemer, Alabama this month.

The dean of labor reporters Steven Greenhouse writes that the Retail, Wholesale and Department Store Union’s drive to organize the 5,800 workers in one Amazon warehouse has “echoes of Martin Luther King Jr.’s fight on behalf of the striking sanitation workers in Memphis. It is very much about dignity at work. Labor is intent on gaining a voice, and a foothold, inside Amazon, whose fulfillment centers are known for their high-speed pace of work and grueling production quotas.”

And human dignity is just one reason why this vote is so crucial.

Amazon has more than 810,000 workers in the United States and is on a hiring spree.

“Labor leaders believe that if the union wins in Alabama, that would pave the way to organizing Amazon warehouses in more pro-union states, such as California and New York, as well as inspire unions and workers nationwide to begin a larger wave of organizing,” Greenhouse writes.

This prospect terrifies Amazon, who sees the empowerment of workers through collective bargaining as a barrier to its model of achieving faster deliveries by pushing workers to sometimes unconscionable lengths. That’s why it’s spent 10 years preparing for the vote, according to Recode. And companies have massive advantages in hindering union drives, even if they aren’t one of the world’s first trillion-dollar behemoths.

Josh Brewer, lead union organizer at Amazon’s Bessemer, Alabama, warehouse told Greenhouse that among the tactics the company is using are “captive-audience meetings,” where workers endured lectures about the evils of organizing. Activists who object are called to the front of the class to have their badges photographed and are sent back to work “marked” as infidels.

“There’s this continual inundation of harassment. It’s constant. For seven weeks, they’ve been harassing the workers every day,” Brewer said.

As MSNBC’s Chris Hayes tweeted, “The fact any union anywhere ever wins an election is kind of a miracle, given the state of US labor law and labor law enforcement.”

The fact any union anywhere ever wins an election is kind of a miracle, given the state of US labor law and labor law enforcement.

So a miracle is what we need in Bessemer.

“We see this campaign as much as a civil rights struggle as a labor struggle,” Stuart Appelbaum, president of the Retail, Wholesale and Department Store Union, told Greenhouse. That’s why the union has aligned with local Black Lives Matter Activists to organize the predominately Black workforce.

Recognizing the import of the moment, Joe Biden made one of the most pro-union statements ever to come from a US president. But the bar for what Democratic presidents have been willing to risk for labor is admittedly low and the party has paid the price. Weakening unions weakens the party of unions, which in turn weakens unions even more and privileges capital. While Republicans have nurtured and empowered their corporate base and made it difficult for anyone else to gather any sort of power, Democrats have failed to do the opposite.

A cross-racial solidarity movement is the best hope for reversing this slide. What happens in Bessemer, for good or not, will reverberate across this century, as the gap between the rich and poor either narrows or becomes big enough to swallow us.