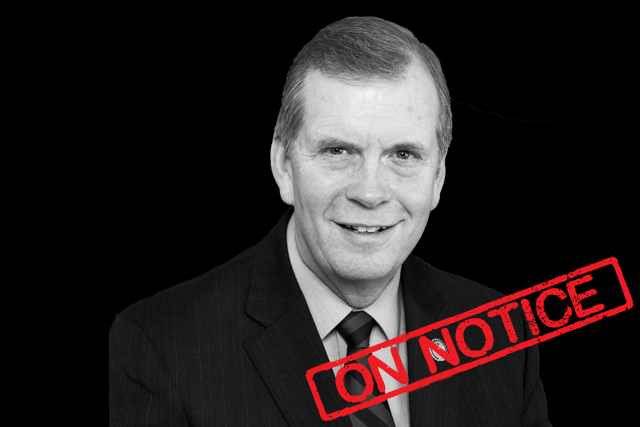 In the past few weeks, Republican Congressman Tim Walberg (MI-07) has made public statements about being “cancelled” — the latest GOP buzzword for being held accountable by your constituents — that suggest that he will use his position on powerful House committees to punish the corporate donors who will no longer fund his political campaigns due to his signing onto an amicus brief that asked the U.S. Supreme Court to overturn the 2020 election by disenfranchising voters in Michigan and elsewhere.

The first was on February 14th on WBCK’s Live with Renk Show podcast:

Tim Walberg: “Because of our votes, there are corporations: Dow Chemical, Blue Cross Blue Shield, Verizon, Consumers Energy is considering it right now, and I represent Consumer’s Energy, and oh, by the way, I sit on the most powerful committee in the US House, the oldest standing committee in Congress, Energy and Commerce Committee, and I sit on the Energy subcommittee, heh, heh, which has a LOT to say about Consumer’s Energy and DTE.”

David “Renk” Renkiewicz: “Yeah, they just raised our price 12% for this year, maybe you could do something about that. Go ahead.”

Walberg: “And I love them. I want to see them succeed, I want to see them do the right thing, but they are going to cancel me from any PAC support because of my vote. Now, I hope they change their mind. Dow hasn’t. I’m not saying that’s not their legal or constitutional or civil right to do, but that’s the type of cancelling that is going on, generated by Democrat Socialists.

The second time was on the Frank Beckmann Show on February 25th:

You know, and you can get it from the other Party, the Indivisible groups, etc. that have been in opposition to the conservatives like myself for an awful long time, but it’s also going over to other sectors, whether it’s the Detroit Chamber of Commerce that’s considering cancelling me now, and Jack Bergman and Lisa McClain, or whether it’s Dow Chemical that’s cancelled me already from receiving any type of PAC support, even though, you know, I sit on the, probably the most meaningful committee relative to them and look at issues relative to energy, commerce, and all of that, yet they’re going to cancel.

Nevermind the fact that “the Indivisible groups” are NOT the Democratic Party or “Democrat socialists” but are, rather, individual citizens who have had enough of Tim Walberg’s attacks on democracy. Walberg appears to be sending a very clear message to Dow Chemical, Blue Cross Blue Shield, Verizon, Consumers Energy, or any other corporate group who has given him political donations in the past: Start donating again or I will use my political position of power to harm your company’s interests.

Is this legal? Eh. Probably. Walberg is very careful not to make the threat explicit.

Is it ethical? Absolutely not. Despite his cagey words, the intent of his declarations is unmistakeable. Why else mention that he sits on the powerful committees that have a big impact on these donors’ fates? Why else point out that he sits on the Energy subcommittee “which has a LOT to say about Consumer’s Energy and DTE”. To me, “I hope they change their mind” sounds an awful lot like the beginning of a sentence that ends with “or else.”

Tim Walberg has been cozily ensconced in his safely gerrymandered Congressional seat for many, many years. After redistricting happens later this year, it’s highly doubtful he’ll have such an easy time getting himself re-elected. Considering that he now double-dips by drawing pensions from the state of Michigan from his time in the legislature as well as from the federal government from his time as a member of Congress, Walberg is clearly going to be just fine and most people predict he will retire rather than having to go through the hassle of actually earning his seat by truly representing his constituents or by having to campaign and answer for his past actions.

2022 cannot come soon enough for the members of the 7th District.