Republicans willing to risk the lives and health of Michiganders to spit in the face of Gov. Gretchen Whitmer 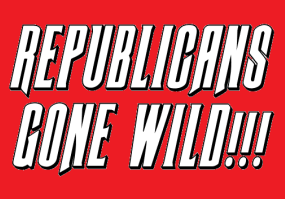 Michigan Republicans have a long history of being on the wrong side of many of the issues the citizens of Michigan care most about. From education to privatizing essential government services like prisons and schools, they have invariably sided with the corporatists who stand to benefit most from shifting tax dollars to corporate bank accounts. I thought I had seen them at their worst when they passed the what Rachel Maddow called “THE most radical Republican experiment in the 21st Century”, Michigan’s odious Emergency Manager Law and when they formed the school district for wayward Detroit schools — the Education Achievement Authority — and then put the extraordinary grifter John Covington in charge with the predictably tragic results.

But I was wrong.

With actual lives on the line due to a raging and lethal global pandemic, the current cohort of Republicans thinks their best move is to play politics in the most offensive ways possible. The worst of the worst is, of course, Senate Republican Leader Mike Shirkey. Shirkey has been playing footsie with armed extremist groups, some who may have been involved with the shocking plan to execute Governor Gretchen Whitmer, for a year now. In an interview earlier this year, Shirkey described our governor as a “gal” (she’ll be 50 this year and has two adult children) and then explained that he had met with the leaders of several cosplay soldier groups to give them messaging advice:

Bart Hawley: In the same interview with CNN’s Dan Berman [Gov. Whitmer] said that the legislature was afraid of being around the protesters on Thursday and then didn’t hold session on Thursday.

Mike Shirkey: So this is the same gal that has said that we shouldn’t be meeting because it’s not safe. Of course, we’re proving the point that it is safe. We’ve been doing that now for a couple weeks so, at the very least, completely mixed messages that make no sense, just like many of these executive orders have made no sense.

BH: Have you been talking with the various groups that are organizing the protesting?

MS: Yeah. Militia groups are getting a bad rap because when they do have a protest, there are others that are not… and there’s dozens of small groups in Michigan. It’s hard, frankly hard to know how many groups there are. Some groups have six people, some have sixty, ya know? And when they’re assembled, they have, they have a real purpose and, I think, a sincere purpose. But then there’s tag-a-longs, folks that want to get attention, folks that want to get their photo taken with a noose on a Barbie doll, for instance.

Those aren’t the militia groups. But it’s hard for the militia groups to prove that, okay? So, I chose to do something that the state police have told me has never been done before and that is asked to meet with the leaders of the militia groups. They helped me identify the top four or five that they know about and, last Friday, excuse me, Thursday, we didn’t have session but I was in Lansing and members, the leaders, the so-called leaders of three of the groups met in my office and we talked about their messaging, their purpose, what are they trying to accomplish, and how they can improve their, how they can improve getting their message acrossed [sic].

And, so, it was a very, I think, a healthy conversation and my punchline for all of them, so far, has been, this is not a mandate. This is not a dictate. It was a request, to consider, each group, create your own code of conduct so that, when you go to protest and somebody challenges you as to why you’re here and what you’re doing, you can pull it out of your pocket and say, “Here’s my code of conduct. Hold me accountable to this. We’re here because of ‘X’.” In this case, all of it’s been the overreach of our governor in suppressing people’s rights.

As Todd Heywood at Michigan Advance has pointed out, Shirkey has changed his story twice about what he talked with these extremists.

After the governor’s State of the State Address this week, Shirkey, who has previously said in public that Gov. Whitmer is “on the batshit crazy spectrum” and opposed state-imposed mask-wearing mandates, said the what stood out to most to him was that she delivered the address without wearing a mask (she was in a room with only a couple of socially-distanced others) and that she “looked delightful”:

On @wjrradio, @SenMikeShirkey says @GovWhitmer’s delivery of her #MISOTS speech without a mask on was “the most important” aspect of the speech.

He said this moved the state “from control and fear to opportunity and trust.”

Shirkey seems incapable of dealing with our VERY popular governor with resorting to offensive sexist references about her mental capacity and physical appearance. I co-sign this comment from Progress Michigan Executive Director Lonnie Scott:

Once again, Mike Shirkey has taken it upon himself to remind the entire state that he’s a sexist creep. If he acted this way in just about any other business he’d be fired—but instead of holding him accountable, Michigan Republicans made him their leader. Of course, we know better than to expect any real accountability from a man who has repeatedly and unapologetically made bigoted and disrespectful comments like this, but we also know that Michigan voters deserve much better from their leaders. 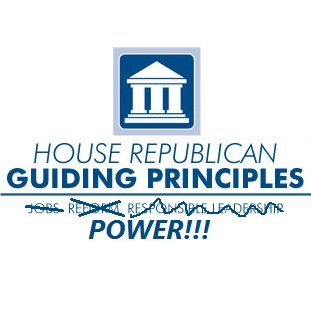 But Shirkey isn’t alone in his playing politics while Michigan burns. His counterparts in the House of Representatives are doing their level best to keep up with his disgusting disregard for the health and safety of the residents of our fine state. While they hold gerrymandering-based majorities in both houses of the legislature, they simply cannot abide having the Executive branch under the control of three incredibly dedicated, incredibly strong women, especially our governor. In their endless effort to get her to unilaterally turn over her power to them and despite the fact that nearly two-thirds of Michiganders support her efforts to keep us all safe from COVID-19, they said this week that they will refuse to release $2.1 billion worth of school funding unless Gov. Whitmer cedes her authority related to the state’s COVID-19 response:

[The House Republicans’ plan has about] $2.1 billion for schools. This is essentially the same amount as the governor’s plan. It aims to help cover costs for summer school, after- or before-school programs and “financial incentives” for certain teachers and staff. However, this funding comes at a price. According to an overview of the plan, the funds are “contingent upon approval of a law moving power to close in-person learning and sports activities away from the governor’s administration to local health departments, which would have that authority following health metrics.”

Whitmer called out House Republicans on their “cruel and reckless” behavior:

Whitmer called Republican threats to withhold school funding over disagreements about her response to the coronavirus pandemic “cruel and reckless,” and said the Legislature continues to complain about her exercise of powers that were in fact granted to the executive branch by the Legislature.

“The executive has to be nimble and quick when lives are on the line,” Whitmer said during an online news conference.

Not to be outdone by their House counterparts, Senate Republicans refused to confirm 13 of the governor’s recent appointments, not because they don’t like the people she appointed but rather to try to force her to give over her power to respond to the pandemic to them:

The Michigan Senate rejected 13 appointees from Gov. Gretchen Whitmer on Wednesday, a new pinnacle in the rift between the GOP-controlled Legislature and the Democratic governor.

Republicans have attempted to use their power to push for the lifting of more COVID-19 restrictions and the Senate voted 19-14 along party lines to block the appointees, among whom were multiple people with close ties to Whitmer. […]

Sen. Sean McCann, D-Kalamazoo, said he couldn’t imagine someone more qualified than Kristin Totten, an education attorney for the ACLU of Michigan, to serve on the Child Abuse and Neglect Prevention Board.

“I can only conclude that this is a ridiculous, vicious and mean political game,” McCann said.

It’s important to understand that Gov. Whitmer’s COVID-19 response has been superlative. Where we once were one of the worst states in terms of COVID-19 cases and deaths, we are now a leader in getting the spread of the virus under control. Most of our economy is already back open, albeit with sensible-though-difficult restrictions. Not only that, Gov. Whitmer has unveiled numerous efforts to help struggling businesses, workers, parents, and teachers. And she’s done all of this against a headwind of sexist, disrespectful Republicans, mostly men, who would rather play politics than protect Michiganders.

When Michigan’s legislative districts are redrawn by our new independent redistricting committee, I pray that voters remember who was on their side and who was on Team COVID-19 and hand majority power in both the House and the Senate back to Democrats.