The following important essay was written by Tanya Hilgendorf, the President and CEO of the Humane Society of Huron Valley (HSHV).

As our nation comes to grips with the painful realities of our long history of criminal justice applied unequally based on race and wealth, it merits pointing out the blinding disparities related to acknowledging and punishing crimes against animals.

In 2007 when Michael Vick was accused of running a dogfighting ring and other heinous acts against dogs, the media and the nation blew up, and our political and criminal justice system responded swiftly. Rightfully so. Law enforcement received new training. Task forces were created. New sets of laws were passed and dogfighting became a federal crime with felony-level penalties. Vick spent 21 months in federal prison and, despite his return to the NFL, his name will forever be synonymous with animal cruelty.

Although dogfighting and other despicable blood sports have existed across many cultures for centuries, most Americans had little previous exposure. Graphic publicity around the Vick case helped spread the misperception that dogfighting was an urban crime committed by African Americans. That view blended seamlessly with stereotypes about the violent nature of black men, nurtured over centuries as one of our most powerful tools of oppression. Although dogfighting still exists today, deeply held prejudices made it easy to publicly demonize and to use our political and legal institutions to battle.

While there is no denying that dogfighting is a barbaric betrayal of “man’s best friend” that should be banished forever, our nation is drenched in the blood of animals killed by white people and institutions for nothing other than money or amusement. Despite opposition from the majority of Americans, this cruelty thrives, not just legally, but with the help of our taxes and other public resources. 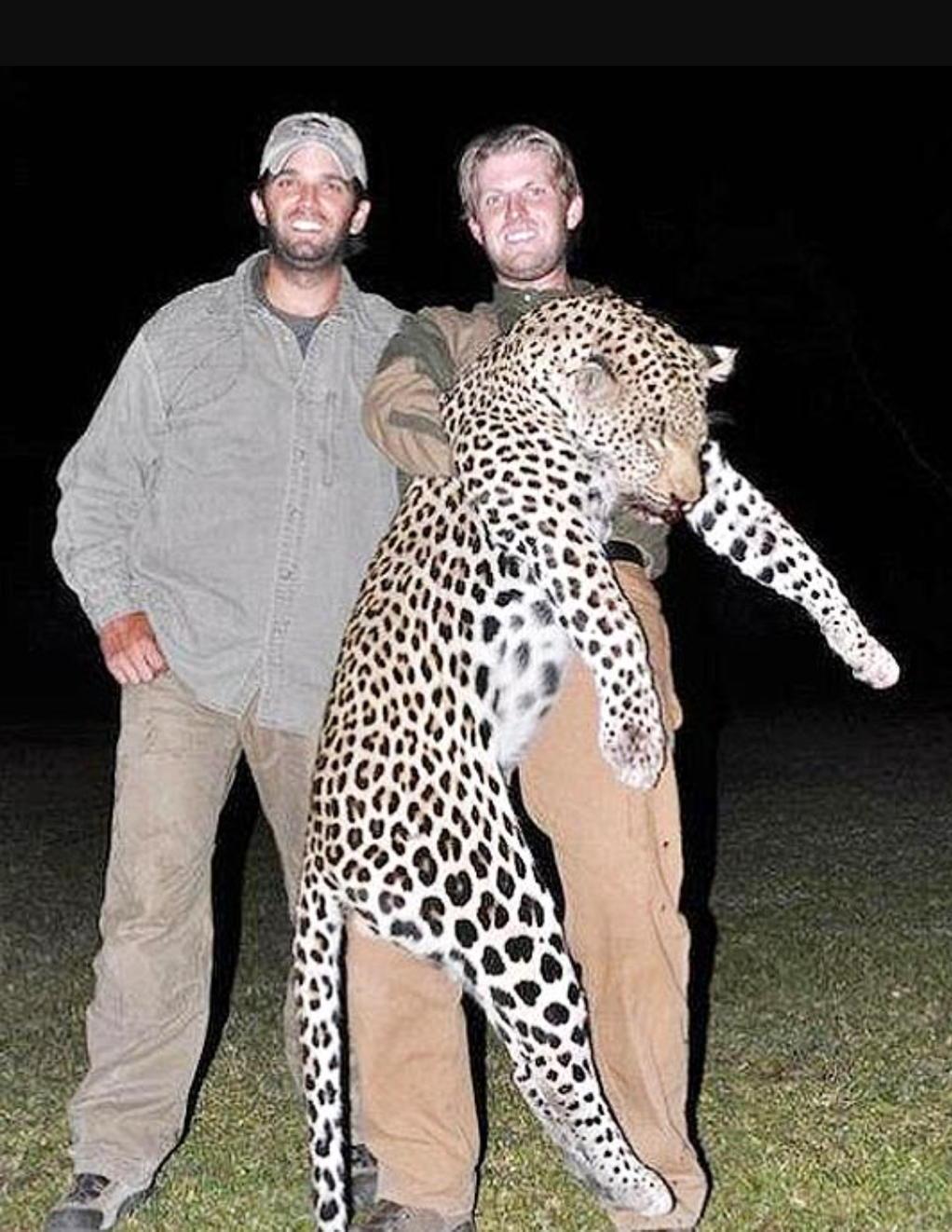 Compare our response to dogfighting to trophy hunting. Trophy hunters spend big money to kill majestic and often rare animals so they can display their heads or hides in the den and, I assume, to try to prove their manliness. Most Americans are against trophy hunting, finding it a hedonistic act of brutality. Thousands of wealthy, mostly white American men go big game hunting each year, often aided and abetted by various tax write-offs or even Secret Service protection as in the case of the adult sons of the President of the United States.

Or, how about trophy hunting’s country cousin, wildlife killing contests? Here white men, and sometimes their children, in rural areas compete to see who can kill the most animals in a day. They aren’t shot for consumption or any wildlife management strategy. It’s just straight-up “family fun” that ends with a photo of smiling faces next to a big pile of dead animals. Wildlife killing contests, recognized as wasteful carnage, have been outlawed in a few states but continue unhampered throughout most of the country on public lands.

Or, fur trapping, where cute furry wild animals are caught in steel-toothed leg-hold traps, or something similarly medieval, and writhe in pain and fear until they are bludgeoned, strangled, or shot out of their misery. Trapping could have ended a century ago but remains as a white American “tradition” allowed on public lands and protected by state natural resource departments.

We could also compare to activities of the troubled USDA Wildlife Services. This rogue federal agency viciously kills millions of animals every year, including endangered species and pets. The agency relies on at least $50 million in annual federal tax dollars to fund their violent assault in service to the largely white ranchers running their businesses on federal lands. 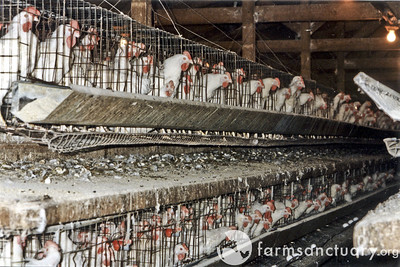 Then there is the most immense and intense form of cruelty in the country today: factory farming. Today large corporations rely on a sociopathic business model using extreme cruelty to maximize efficiency and, thereby, profits — keeping 10 billion land animals as objects of ceaseless production, held in confinement far worse than any human prison. More than 90% of animals used for food live short lives filled with unnecessary sickness, deprivation, and trauma. While 75% of US consumers support humane, sustainable agriculture, the industry continues to be propped up by government programs, including billions of dollars of federal farm subsidies and “Ag-gag” laws that make it a crime to show the public what happens to animals before they become food.

Finally, just consider the treatment of America’s most adored animal, the puppy. Like factory farming, cruelty is a part of the puppy mill business plan. In this case, the media, aided by animal advocates, have exposed the horrible treatment of mamma dogs and their “designer breed” puppies which are later sold for exorbitant prices. The puppy trade incurred the wrath of Oprah and Ellen and their millions of animal-loving fans. Still, an estimated 10,000 puppy mills run mostly by white people flourish, under USDA regulation and sometimes with tax-exemption, today.

Our evolutionary kin, well-proven to feel physical pain and emotions similar to our own, suffer needlessly and egregiously at the hands of those who often view themselves as superior.

No race holds an innate monopoly on cruelty — except maybe the human race. These practices are about power, and the abuse thereof, by the ruling class. Racist stereotypes create a false narrative that African Americans are inherently more violent and in need of control, while we ignore the staggering totality of suffering caused by and afforded to white people and the corporations they run to torture and kill animals for pleasure or runaway greed.

Animal cruelty is not a necessity. It’s a choice. A choice opposed by the majority of Americans of all races. Yet it remains largely as a legal, tax-subsidized violent crime of privilege and wealth. It’s time we criminalize and punish all cruelty with the passion and vigor equal to that of dogfighting.