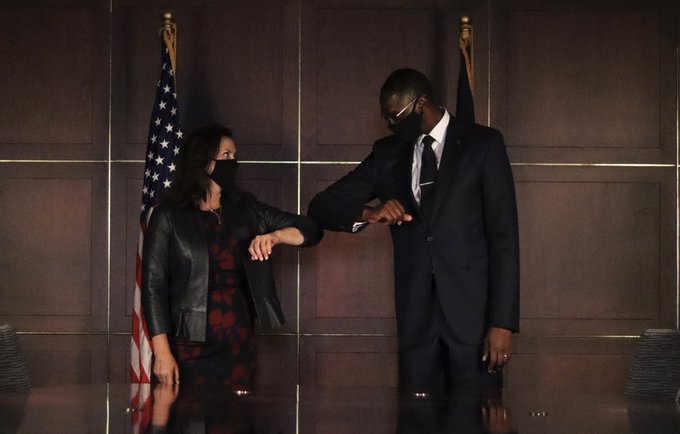 In early April, as Covid-19 was ravaging the state of Michigan, we spoke to Lt. Governor Garlin Gilchrist about why the virus was so deadly for black Americans and what the Coronavirus Task Force on Racial Disparities, which created by Governor Gretchen Whitmer and led by Lt. Governor Gilchrist, could do about it.

Six months later we’ve been through hell, which includes a kidnap plot and a successful effort by state Republicans to roll back the efforts Governor Whitmer launched to pull us back from the abyss. And despite the red tide of Covid-19 rising again in the Wolverine State, we can see the results of the Coronavirus Task Force on Racial Disparities.

“Michigan, I think, is impressive because they created that task force on racial disparities early on,” said Heather Howard, director of the State Health and Value Strategies program of the Robert Wood Johnson Foundation and the former state health commissioner in New Jersey. “And a clear focus of the task force has been incorporating equity into the long-term recovery from the pandemic.”

WHAT WORKS:
— The task force helped expand testing to communities of color through walk-up and pop-up sites. Mobile testing fleets were also dispatched to places easily accessible to high-need communities, like parks, and those more remote, like farms.

“The task force was ultimately charged with two jobs: The first was to decrease the disparity in the mortality rate of Covid-19 across racial and ethnic lines,” Lt. Gov. Garlin Gilchrist said in an interview. “The second charge was to connect the interventions and efforts of the racial disparities task force to our broader, longer-term systemic work to decrease racial disparities in everything that we do.”

— Vulnerable populations, including those in nursing homes, homeless shelters, and prisons have gotten extra attention for Covid containment. In May, Michigan became one of the first states to test every prisoner, doing so within 15 days. Only a few states like North Carolina followed suit with their own mass testing programs this summer.

By the fall, Michigan had dramatically narrowed Covid-19 disparities, with Black residents comprising just 8 percent of new cases and 10 percent of deaths in the last two weeks of September.

“We’ve done a lot, and the result that we’ve seen over the last couple of months is that we have flattened the disparity in the mortality rate,” Gilchrist said. “It speaks to the power of focus and prioritization.”

More can always and must be done. But our Governor and Lt. Governor made a commitment to the black community in this crisis — a commitment unique in this country — and stuck to it.