The following post is by Walter Welch, who won’t be attending any Trump rallies. 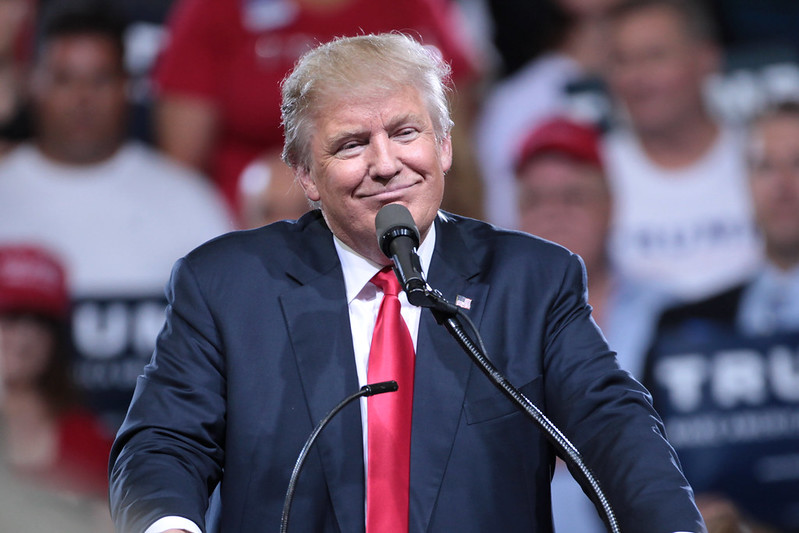 Hello Trumpsters, this is for you. Especially you guys that show up at his rallies these days.

I am not a fan of the President. I hate what he has done to weaken the pillars of our American system defined the Constitution – the free press, limited representative government, honest elections, and freedom of speech. I could go on and on, but I want to say what I admire about Donald Trump and you, his loyal supporters.

I admire Trump’s cult leadership and your unwavering loyalty to your leader.

The Jonestown cult is a good example of what I’m talking about.  Jim Jones lead a cult in the 70’s which claimed great oppression and fled to the Guyana jungle in 1977 to form Jonestown. In 1978, Jones ended up ordering mass suicide (by drinking Flavor-Aid laced with cyanide) resulting in his death (by gunshot) and the gruesome demise of some 900 men, women and children.

I think it is not easy for any leader inspire followers like you and those who followed Jim Jones. It takes some talent. Jones did it by appealing to people’s desire to improve the world, then locking them in by convincing them that he shared their fears and desires. There was a personal connection. He was strong and decisive. Jones convinced his followers that he could not be replaced. Anyone who disagreed with anything Jones said would be shunned or drummed out. Eventually, Jones claimed to be God. And the only heterosexual man on the planet.  He was charming and entertaining, but he was a psycho.

Imagine the rush of gratification Jones must have felt on that day as he watched his loyal followers carry out his order, serving their young children what he knew to be deadly poison. Then the parents drank the poison. What a sense of power that must have given Jones, just before his own sick life ended.

A few followers survived the mass suicide. Hyacinth Thrash hid under her bed, avoiding the tragedy. Years afterword, she told of watching the babies marching by her tent, wearing paper hats bright colored clothing, marching to their execution. Hyacinth was bitter toward Jones for years, but eventually forgave him.

Trump must also feel a rush when he gazes out over a rally of you guys. Uncritical followers, bravely maskless, you are so loyal you risk your lives, your families’ lives and the lives of random strangers.  Trump of course, is tested daily, as is every person who gets near him, so he is taking no chances. Ask yourself, if the virus is a big hoax, why all the testing for Trump himself? He knows how deadly the virus can be, but he still calls it a hoax and is happy when you do. He knows you are playing Russian roulette with the virus, but HE does not indulge. Do you ever wonder why?

Today in Canada, the country a lot like us, they just passed 24 hours without a single death from COVID-19.  Americans are dying from the virus at more than 2 times the rate of Canadians (597 per million vs. 243 per million). And 5 times the rate of Germans.  When Trump says he is doing great, he never compares death rates, which is the most important statistic. Do you ever wonder why?

OK, by now you’ve figured out that I really don’t admire Trump or you for blindly following him. Sorry. I just wanted you to read about Jim Jones, and see how closely you resemble his followers.  Now imagine another 4 years of Trump. I hope you are a survivor. And I hope you realize as the few survivors of Jonestown surely did, that you too were a sucker and loser for never questioning the charming and entertaining psycho that is our president.