The question is… why so quiet? 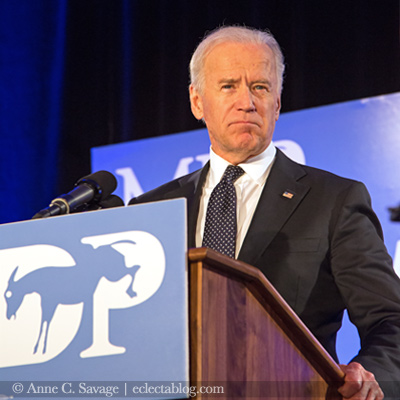 There was a bit of a justifiable freakout this week when Ted Kaufman, the long-time Biden aide who is running Joe Biden’s transition team, was reported as saying, “When we get in, the pantry is going to be bare.”

This sounds a lot like the kowtowing to phony deficit whining that plagued Democrats during the Obama Administration. This charade limited Obamacare, prolonged the Great Recession, and probably helped lead to Trump.

Republicans, as they always do, have blown away the deficit, adding around $5 trillion to the debt just between their tax giveaway mostly to the rich and the Covid-19 response, much of which has been wasted by Trump’s failures and aggressive measures to spread the virus, including refusing to wear a mask at all until over 100,000 Americans had needlessly died.

The good news is this freakout is important and also, it seems, overblown.

As Greg Sargent noted, Biden told Mike Grunwald that he wants “a new stimulus ‘a hell of a lot bigger’ than $2 trillion.” So that should allay these fears, somewhat.

But it was still good to hear Biden’s campaign send out a direct assurance that the Democratic nominee will seek “unprecedented investments” to “repair the historic damage Donald Trump has done to our economy.” Andrew Bates, Biden’s rapid response director, also noted that Biden will “…ensure ongoing costs of his agenda are paid for by having the wealthiest taxpayers and big corporations pay their fair share for the future of the country…”

That very next day Mike Konczal had a great post in The Nation that sums up Biden’s fantastic tax plan. This image does a ton of work: 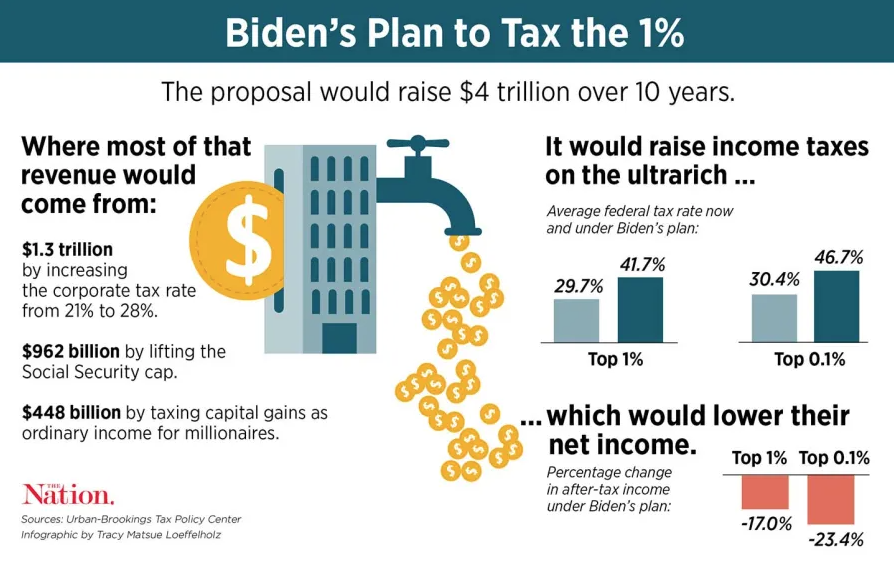 Like plans from Elizabeth Warren and Bernie Sanders, this new revenues in this plan “would come entirely from those at the very top of the income distribution.”

This plan — Konczal notes — would currently “deliver more than enough to pay for free public college, universal day care, and a child allowance and to liberate many other aspects of our lives from the market” and additionally it would “help stop the economy from simply channeling income to executives and owners.”

All and all, it would be the biggest victory toward reshaping the economy away from almost exclusively benefiting the super wealthy since the New Deal.

It’s a brave and an important plan. So why aren’t we hearing more about it? And why isn’t Trump’s strategy of using strategic racism to pay off the super rich a bigger part of this campaign?

Well, the super rich pretty much run our economy and our politics. They’ve been trying to kill the New Deal for almost a hundred years and one big reason the right rages against Obamacare is because it’s paid for largely by the super rich.

Luckily, taxing the rich and corporations is also extremely popular.

Still, to pass this, Democrats are going to need a massive mandate. And to do that, everyone needs to know how transformative and good for workers Biden’s plan really is.