The following post was written by Jordan Zakarin, the founder of the amazing Progressives Everyone fundraising project and regular guest on The GOTMFV Show podcast. His efforts to help get progressives elected (everywhere) are crucial and important. Please take a look. 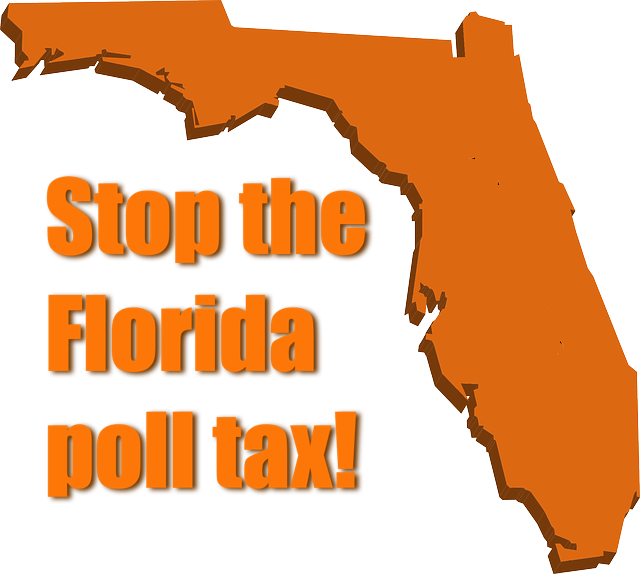 Earlier this month, the Supreme Court green-lit the disenfranchisement of over a million Floridians when it refused to strike down a very racist, very partisan poll tax enacted by the state’s GOP last year. As a result, former felons who have served their prison sentences but have not repaid very onerous court fines and fees will not be able to vote in the state’s August primary election. They are also at risk of being disenfranchised in November, as well, pending an August hearing of at the U.S. Court of Appeals for the 11th Circuit.

Florida is one of only three states that permanently bans former felons from voting even after they’ve completed their prison sentences. Back in 2018, nearly two-thirds of Floridians voted yes on Amendment 4, lifting that ban (on everyone other than sex offenders and murderers) and expanding the electorate by up to 1.4 million people. That is a full tenth of Florida’s voting-eligible population and includes nearly 20% of Black adults in the state, which made the amendment’s passage one of the most significant civil rights victories of this era.

But instead of respecting the will of their constituents, Florida Republicans quickly worked to gut the amendment and void its intended purpose. The GOP passed a law, introduced by State Rep. James Grant, that required people to pay off all fines and fees before registering to vote. They did this despite knowing that at least 775,000 people couldn’t afford to pay back their fines, which are generally difficult to track, as the state keeps no central database, and that a majority of them were Black.

After a federal judge ordered Florida to allow everyone to register to vote regardless of their financial situation this spring, the appeals court blocked that decision and scheduled the August hearing. Thursday’s decision, which was unsigned, earned a scathing response from three of the court’s liberal justices (RBG is at home after being hospitalized); Justice Sotomayor wrote that the court’s order prevents people from voting “simply because they are poor.”

The Jim Crow tax’s lead sponsor, Rep. Grant (HD-64), was already known for his work at loosening gun restrictions, fighting Medicaid expansion, trying to destroy unions, and bypassing the state’s constitutional term limits to improperly keep his office. Now, he’s earned the nickname Jim Crow Jamie and is one of the Democratic Party’s top targets in 2020.

After coasting to re-election throughout his career, Grant survived by just 5000 votes in 2018, when he faced a spirited challenge by a local middle school teacher named Jessica Harrington. She got in late and was underfunded the first time around, but she’s running a much more robust campaign in 2020. I reached out to Harrington, who I featured in my newsletter this spring, for her comments on the Supreme Court’s decision.

She did not hold back.

“We know that Florida is a 1% state —we win and lose elections by razor-thin margins. This Governor knows that and my opponent knows that. They know that the voters that would have their rights restored will vote against the very party that has held their rights hostage for years,” Harrington said. “We are disenfranchising thousands of people in our community before the most important election of our lifetime. This fight is not over, and I want to thank Justice Kagan, Justice Sotomayor, and Justice Ginsburg for being on the right side of history.

“My race against Jamie Grant could be decided by just a few hundred votes, just as the State Senator that flipped her seat in this district two years ago was,” she added. “This could absolutely play a role in our election. We will not let this deter us from continuing to fight hard and win this seat.”

Harrington has also been pushing back on Gov. Ron DeSantis’s absurd school opening orders these past few weeks. While Florida is now the country’s worst COVID-19 hot spot, the governor is commanding schools to open in just a few weeks, which has created chaos in the state.

“DeSantis’s school order is a death sentence for our teachers,” Harrington told me. “At a time when the number of cases are out of control in Florida, with a governor not taking the virus seriously … we absolutely cannot go back to brick and mortar. What is the number of teachers and staff that will die before they close down schools again? That is not a risk we can take. We understand it is difficult to keep kids at home to do E-learning, but we can always make up for gaps in education; we can never get back a life after it’s lost.”

While DeSantis rallies behind Donald Trump and the state’s GOP focuses its efforts on disenfranchising Black people, Harrington has been out on the frontlines, fighting for children’s lives and voting rights. There are few more important state races this year, especially now that Republican incompetence and mendacity is setting Florida on fire.

Yes @richardcorcoran, we understand that not returning to our physical schools will be tough on everyone.

But until @RonDeSantisFL issues a statewide mask order and takes this virus seriously, we choose to teach from home and not put LIVES in danger!#SchoolReopening pic.twitter.com/bA9WQgM41U