On Juneteenth, remember that #BlackLivesMatter is just the beginning – of the sentence & the movement – not the end 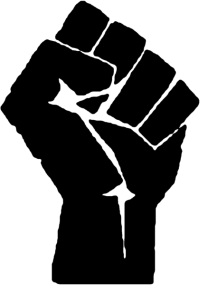 Following the heinous murder of George Floyd by a police officer, the Movement for Black Lives has suddenly gone from being a movement of almost solely Black activists to a movement that has finally woken up white Americans almost everywhere in our country. There have been protests, vigils, and memorials in places you would never dream. Here in Michigan, there was a huge protest in mostly-white Saline that drew over 1,000 people. Chelsea has had multiple protests, as has Dexter. Milan. Marquette. Even Howell, notorious for being the former home of a Grand Dragon of the Ku Klux Klan, had a rally.

When even white residents of small towns are protesting and demanding change, something is different.

It’s something that understandably cynical and skeptical Black activists I have spoken to are noticing. White people, most of whom are not normally politically active, are finally waking up and realizing that something is very seriously wrong in America.

I don’t say this to say, “Yay, white people!” White people have been silent and complicit in our country’s hideous treatment of Black Americans for far, far too long. They are very late to this party. No, I say this because this white awakening is a necessary first step in making real change in this country in terms of how we treat our fellow citizens. Without this awakening, there will be little change because, without true allies, people willing to make personal sacrifices and to stand in support and solidarity with Black activists and advocates, nothing will change.

Today is Juneteenth. It’s a day that nearly all Black Americans know about. But precious few white people have ever heard of it, at least until Donald Trump planned to hold a political rally in Tulsa, Oklahoma on that day. Tulsa, of course, is the site of the worst massacre of Black Americans in our history. It was an intentional act by Trump, one seemingly designed to deliberately create division. The fact that he was forced to change days is irrelevant; the message was sent loud and clear. To Donald Trump and those who support him, Black lives do NOT matter.

White Americans don’t know about Juneteenth because it is rarely taught in history classes. I myself never heard of it until I was over 40 years old despite the fact that I attended an elementary school for a time where I was one of only two white kids in the class. Black people know about it because adults teach their children about it, not because they learned about it in school. And that’s one of many national shames in America.

Black Lives Matter is just the start of the sentence that has many endings, some of which I wrote at the beginning of this essay. And the Movement for Black Lives is only the beginning of our next civil rights movement. If we are truly going to be a better nation, everyone will need to be part of it. What remains to be seen is if white people have the stamina and tenacity and heart and fearlessness that Black people have shown for hundreds of years. I think they do.

This time around, something is different.

If you are a white person wanting to get involved, I commend your attention to join or form a chapter of Standing Up For Racial Justice (SURJ). Or find your local Black Lives Matter organization. Find a place where you can be an ally and do more than protest or put a #BlackLivesMatter sign in your yard.

The time for the silence of white people to end. This is only the beginning. Let’s see this one through until the end this time.