By ignoring the horrors of Covid-19, Wall Street will guarantee no real relief for workers before or after the election 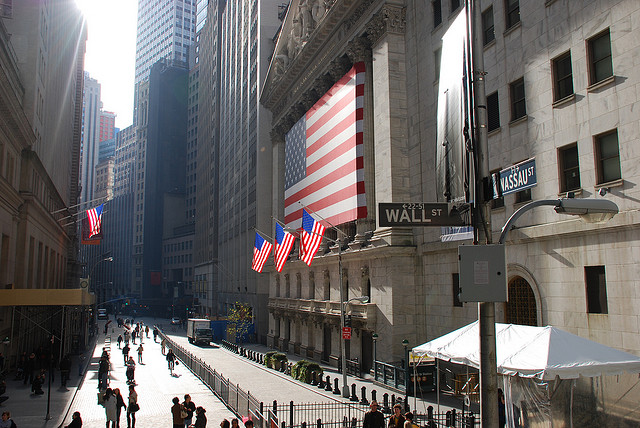 In his latest essential thread, Andy Slavitt — who you know ran Obamacare, Medicare and Medicaid under President Obama — nails a point I’ve been trying to get at all week: Trump — and thus, the entire Republican Party — only really took Covid-19 seriously for a few days, when the stock market happened to be crashing.

Since then, the Fed has taken considerable steps to prop up America’s largest corporations, as David Dayen explained to us, and the result has been a Dow Jones Industrial Average that’s recovered a lot of the losses is saw in March and April and is now treading water, securing gains for the slight majority of Americans who own stocks.

And when Wall Street ignores the greatest and most sudden job losses in modern American history, so can Washington D.C. — especially when Republicans control the upper house of Congress and the presidency.

So we’re essentially doing nothing for workers as America faces a greater depression — and the damage will be devastating. It will make the Great Recession look like Katrina.

I have no interest in minimizing the devastation of Katrina, but Covid-19 is producing a Katina-number of deaths in this country — almost every day.

The great Heliane Olen reminds us that the jobs just lost are NOT coming back:

The experts sound petrified. JPMorgan Chase analyst Bob Michele said in a Thursday interview that it would take a decade for the economy to return to its previous position of strength. City National Bank Chairman Russell Goldsmith — hardly one of the usual left-wing suspects — told the Los Angeles Times this week that he wants to see large investments in infrastructure, education and combating climate change. “I am speaking out in this way because I think there really has to be a concerted effort by people to push Congress and make the case for why we can’t wait for recovery stimulus. With an election looming, this is the last train out of Dodge.”

This is a good warning — but it’s meaningless if it’s not reflected in Republican Senators’ 401ks.

The stock market has proven that it loves to be fooled by Donald Trump.

That’s how we got into late March before he did anything but echo Chinese government propaganda about this plague. Now, investors are sure that flushing some $6 trillion in Fed funds into the economy can make up for a population the size of California losing their livelihoods in about a month.

Adam Serwer notes that Trump’s sudden renewed disinterest in fighting this pandemic aligned with the realization that this plague was disproportionately affecting black and brown people. That’s undeniable.

But the people who are dying of Covid-19 are mostly white and mostly old (because America is mostly white and generally doesn’t give a shit about our old people. Why else would we let them watch Fox News?). That means the people dying are likely mostly Republicans, even in blue states.

Why doesn’t Trump’s GOP care that thousands of Republicans are dying every week and taking out tens of millions of jobs with them? Why are they endorsing the canard that we can just “reopen” and people will just rush back into Hooters?

Because the stock market is letting them.

We all know that GOP is fine with a greater depression, as long as it helps them win a few elections.

And unless Wall Street is willing to acknowledge that 30+ million Americans losing their jobs isn’t a competitive advantage, a greater depression is what we’ll get.