Let’s get Gretchen Whitmer some support

Keep an eye on all of these seats.

Today’s post was written by Aaron (The Give Smart Guy), director of research at the Future Now Fund.

Aaron joined Future Now after co-founding the Give Smart project, which raised almost $1 million for state legislative candidates in 2018. Previously an attorney for various technology companies, he has also written extensively about elections for VICE Magazine and the University of Virginia Center for Politics. You can sign up for his excellent email targeting winnable down-ballot races.

Those groups of protesters you see outside state capitols demanding we start letting people die so they can get a haircut even though the federal government has utterly failed to create the conditions for them to get a haircut without people dying are no accident. They are the result of the U.S. conservative movement’s grasstops approach to politics, with the help of their state legislative factory, ALEC. It’s a frightening version of the idea that every person is an island and that we are not responsible to each other in any meaningful way in spite of our shared humanity.

In Michigan, Republican Speaker Lee Chatfield encouraged the protests that jammed Lansing’s streets and blocked ambulances from getting to the hospital. He is part of the conservative movement’s most cynical strain: state legislative leadership indifferent to the well-being of their constituents so they can serve special interests instead.

But their ongoing control of the State House is far from a sure thing come 2021. Just three seats will break Chatfield’s State House majority, and there’s a clear path to do so but we need your help. So let’s take a look at the map! 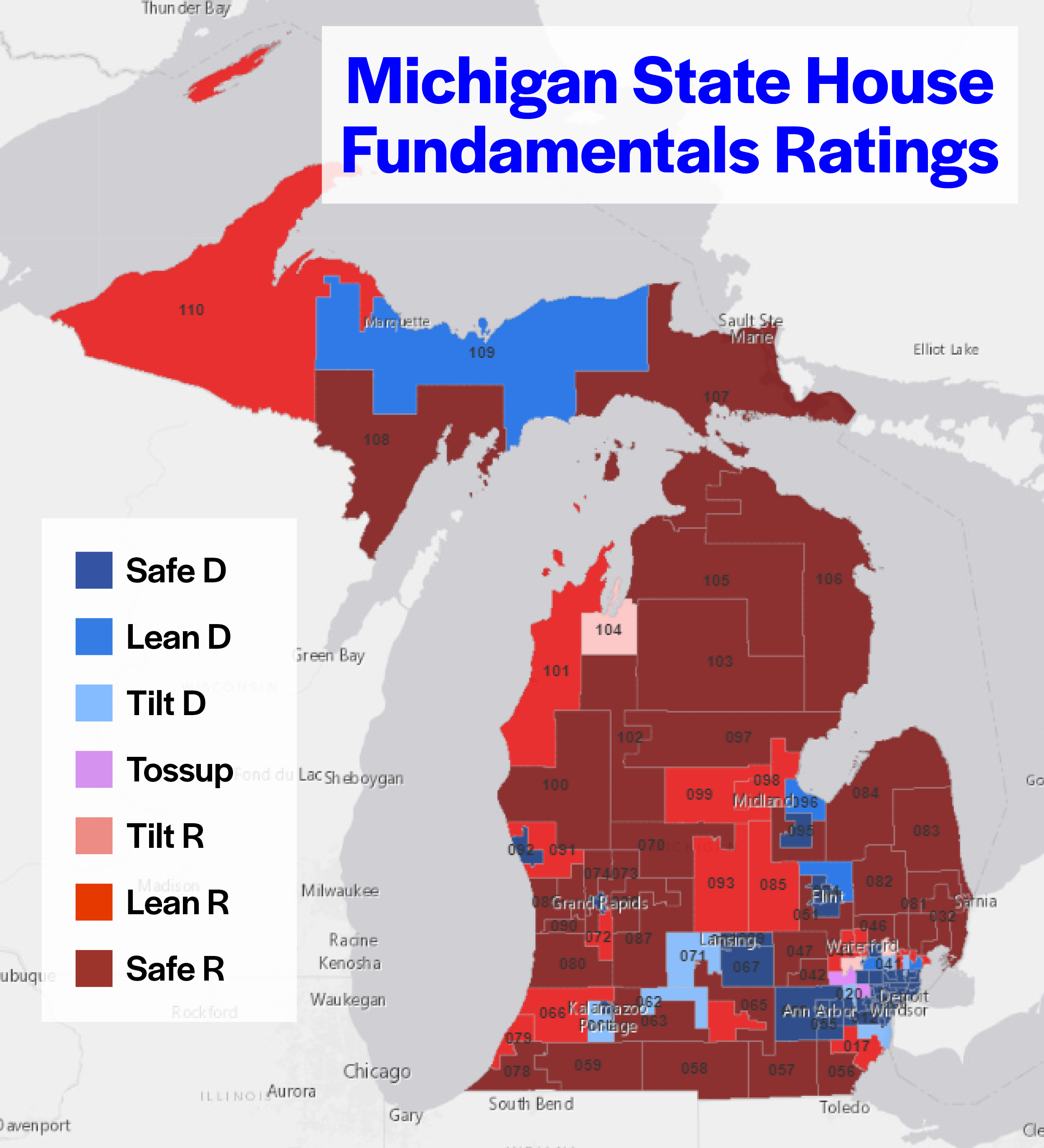 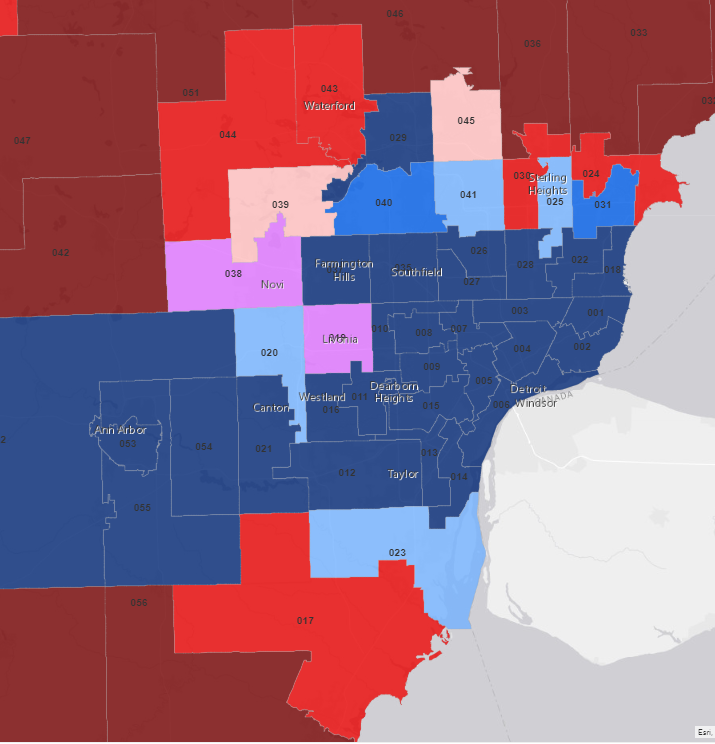 And here’s how the seats break down:

This category includes all but four of the seats that Hillary Clinton carried in 2016. Considering she barely lost a 50-50 election you’d expect her to have carried 53-55 seats. Instead she only won 43, which tells you just how horribly gerrymandered the Michigan House is.

Most of these seats are in traditionally Democratic areas that Clinton lost but have otherwise backed the party in most elections. If Trump turns his fortunes around they could be imperiled but Democrats are on track to hold most of them.

Today Democrats are favored in 52 seats, one of which is held by a retiring Republican outside Kalamazoo. The GOP’s likely nominee is Bronwyn Haltom, who first achieved notoriety as half of the first couple to get married after meeting in the Trump White House.

The toughest seat for Democrats to hold in the House is Laurie Pohutsky, who flipped her suburban Detroit district in 2018 by just 200 votes. She’s done an amazing job as a legislator, pushing to drive down health care costs and using her expertise as a scientist to lead the COVID-19 response. But after winning by such a small margin the Republican nominee will have plenty of DeVos money behind them to defeat her.

If Democrats sweep the tossups and win one of these seats, two of which are open, then they’ll break Republican control of the Michigan House. It’s a far simpler path in the Michigan House than some other states but that doesn’t mean it’s easier; if Democrats fumble any of the races mentioned so far it makes the majority that much harder.

Like I said, Michigan is subject to a horrible gerrymander. It’s why Democrats don’t control the State House after 2018 and why their path to flipping it in 2020 is narrower compared to other states. But if 2020 ends up a blue tsunami then there’s only so much gerrymandering can do, and spreading Republican voters too thinly could backfire. So keep an eye on all of these seats; most of them backed Obama at least once so they may warm to his former running mate (and others running on the ticket with him) as well.

And that’s the story in Michigan. Two peninsulas, one goal: flip the House. And as always, if you enjoy these previews, please tip generously.