Trump is weaponizing a global pandemic to win re-election

He isn’t just punishing Democratic governors, he’s setting himself up to be ‘the savior’

The events of the past week have me torn between conflicting emotions in a number of ways. Our very own @LOLGOP and his wife welcomed their new baby Winnie into their lives and home after a long a difficult path to parenthood which Jason wrote about for USA Today. We are all so unbelievably joyful for them all and even more relieved that they are out of the hospital and back to the relative safety of their own home.

At the same time, one of the most joyful people I’ve ever met passed away at the age of 33 from complications arising from colon cancer he didn’t even know he had until late last fall after he returned from his honeymoon. Graham Davis was a shining beacon of positivity and compassion in a world where that’s hard to find. You can read about his love affair with his wife Rachel Frierson in this excellent piece at Deadline Detroit and can contribute to a Detroit scholarship fund that Rachel started HERE.

My wife and I are watching a Hulu series called Little Fires Everywhere. In it, a rich, white, privileged woman tries to be as woke as her life experiences allow and often gets it wrong. The other central character is a poor, black, non-privileged artist who tries to do the best she can in life and often gets it wrong. A central theme of the show is that, no matter who we are, we all have the potential to be good while we’re all also flawed and dragging the baggage of our past behind us.

The show leaves me ambivalent because, while it feels good to see privileged white people trying to be woke, it also seems to give them an out that non-privileged people never get.

I’m feeling that same tension in my life as we deal with the COVID-19 pandemic that is killing people without any regard for social status or level of wokeness. I am frightened about the future, both in terms of my health and those of my family and friends, and in terms of what will happen to my job and my ability take care of myself and my family. But these fears are nothing compared to people who don’t have the many options I have. I can go to the park and play disc golf nearly every day without having to encounter others. I have enough space around me in my life that the social distancing we’re practicing right now is largely little more than an inconvenience. This is in stark contrast to people like Jordan Zakarin, our regular guest on The GOTMFV Show podcast who runs Progressives Everywhere. He lives on Manhattan Island in a small apartment and can only leave it for an hour or so a day.

So, yeah, I’m pretty fucking lucky and not feeling like my complaints rise to the level of even acknowledging them publicly. 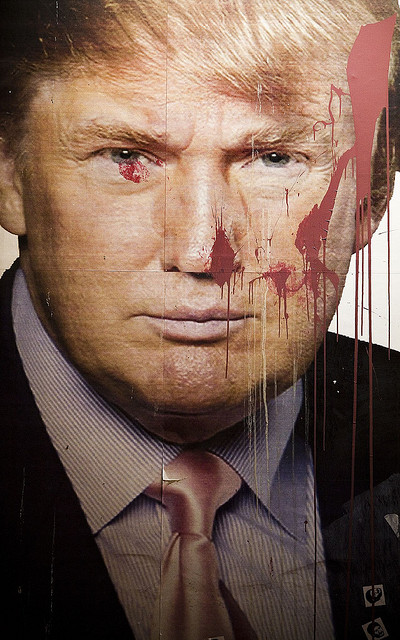 Then, in the middle of all of this ambivalence, the President of the United States appears to be threatening to withhold pandemic response resources from states where the Democratic governors have been critical of his administration’s woefully inadequate, if not downright lethal, response to this global catastrophe.

Make no mistake: If the Trump administration had acted earlier, things would not be nearly so bad. And things would be much worse than they are now if state governments hadn’t taken charge and taken essential action in the void of leadership Trump created as he brushed off the impending health disaster to avoid “spooking” the stock market.

In the past couple of days, Trump has threatened to withhold critical resources from Washington and Michigan because the Democratic governors of these two states have dared to criticize his administration:

During a press conference Friday, President Donald Trump railed against criticism from governors who he says are unappreciative of the White House’s response to the pandemic, specifically Michigan Gov. Gretchen Whitmer. He also bragged that he’s directed Vice President Mike Pence — his point person on the COVID-19 outbreak — not to respond to her requests for federal assistance.

“Don’t call the woman in Michigan. It doesn’t make any difference what happens,” Trump said during a press briefing Friday afternoon. “… You know what I say? If they don’t treat you right, I don’t call.” […]

In an interview with Fox News anchor Sean Hannity Thursday night, Trump said the administration “will have to make a decision” on Whitmer’s emergency declaration.

“We’ve had a big problem with the young, a woman governor from, you know who I’m talking about, from Michigan,” Trump said, again declining to say Whitmer’s name.

“She’s not stepping up. All she does is sit there and blame the federal government. She doesn’t get it done. And we send her a lot. … She is a new governor and it’s not been pleasant,” he continued. 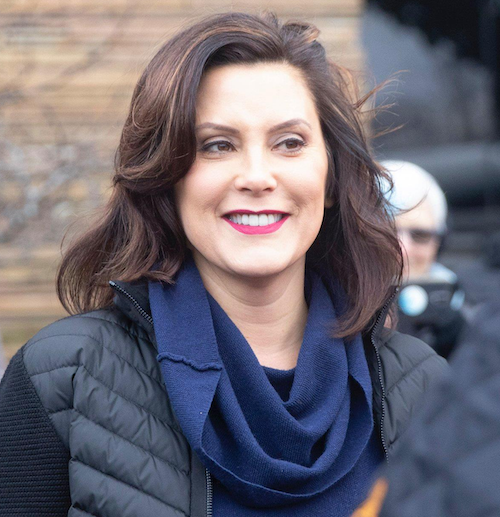 Additionally, Gov. Whitmer, who has done everything humanly possible to secure the necessary assets to save the lives of her state’s residents during this health crisis, is finding that not only is she not getting the help she needs from the federal government, they are actually preventing her from getting that help:

Michigan Gov. Gretchen Whitmer said in an interview Friday that her state is not getting the health and safety equipment needed to fight the spread of the novel coronavirus because contractors are sending their products to the federal government first.

Whitmer, a Democrat, said in an interview on CNN’s “The Situation Room with Wolf Blitzer” that her state’s shipments of personal protective equipment are being “canceled” or “delayed.”

“Well, we’ve entered into a number of contracts, and as we get closer to the date when shipments are supposed to come in, they are getting canceled — getting delayed,” Whitmer told Blitzer.

Whitmer said her state was notified that shipments of protective equipment such as face masks are going “first to the federal government” ahead of the states.

“We need help, and at the very least we don’t need people standing in our way of getting it,” Gov. Whitmer said in live interview on WWJ 950.

Meanwhile, Vice President Pence — the man supposedly in charge of the federal response — has the time to chat with second-tier Republican candidates who have never held a government leadership position in their lives, much less now:

Had a great call today with @vp Pence. Many in state and federal government are working to make Michigan healthy and safe. Some things are bigger than politics. This administration stands with the state and resources are on the way.  More to come. pic.twitter.com/NUX8rLLoQB

This may all seem like Trump punishing Washington and Michigan for having Democratic governors who don’t kowtow to him, genuflecting, bowing, and scraping in order to appease his seemingly limitless thirst for adulation and credit. But this isn’t punishment and it’s a mistake to see it that way. Trump will eventually send the resources they are asking for. Indeed, just this morning his administration granted Michigan’s request for a major disaster declaration. From the Governor’s office:

LANSING, Mich. — Last night, President Trump approved Governor Whitmer’s request for a Major Disaster declaration in Michigan. The declaration means that Michigan is now eligible for participation in the Federal Emergency Management Agency (FEMA) programming to provide relief for Michiganders impacted by the COVID-19 virus and measures to slow the spread of the virus. While Michigan made a broad request for aid in every Individual Assistance and Public Assistance program from the Individual Assistance category, funding was approved for the Crisis Counseling Program and funding for Emergency Protective Measures from the Public Assistance Category was also approved. […]

Also today, Gov. Whitmer announced on Twitter that the State of Michigan received a shipment of 112,800 N95 masks from the strategic national stockpile this morning, with an additional shipment of 8,000 masks on the way.

Donald Trump knows damn well he can’t let Michigan die. He needs this state, perhaps more than any other. He won it by a scant 10,704 votes in 2016 only to see the entire Executive Branch won by Democratic women just two years later in 2018. His only hope in 2020 is to set up a scenario where the new Democratic leadership is portrayed as ineffectual and “playing politics” while he rises above it all and swoops in as the savior, coming to the rescue. He wants his political opponents seen as begging him to send help, which he finally and graciously does send. It’s been his schtick from the beginning and it’s playing out like nearly every other scenario since he strode into the Oval Office in 2017 and blew everything up.

Michigan is fortunate to have Gov. Whitmer at the helm. Without her early and decisive action, things would be far worse than they already are in our beleaguered state. Trump pretended everything was fine until it was far past the point where that was believable and is now rewriting history to portray himself as decisive and responsive when it’s clear that was never the case. And he desperately needs his potential voters to believe that Gov. Whitmer is somehow getting this wrong when it’s clear that the very opposite of that is true.

The saddest part in all of this is how many people believe him. America is in big trouble right now and the future is uncertain. But our biggest problem may not be the virus that causes COVID-19.

Instead, our biggest problem is a citizenry willing to be lied to if it makes them feel better about being so very, very wrong. Sadly, we are only now beginning to see the lethality of that way of thinking.