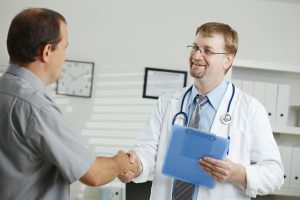 Amid all the murky and dramatic national conversations about the disaster that is our current healthcare system, one sometimes stumbles upon a moment of potential clarity. This is one of those moments…

At a social event the other night, I met a person who worked for a large regional health insurance company. The conversation, naturally, came around to the topic of what to do about our country’s healthcare system, and I asked her what the folks at her company thought about Medicare For All (M4A).

To my surprise, she laughed and immediately dismissed the possibility of a single-payer system completely, claiming it could “never happen” because private health insurance companies are too strong and important to our economy to “just go away.”

Even more than her dismissive nature regarding M4A, I was struck with the look of absolute confidence and assurance in her eyes. This woman was rock solid in her conviction that private health insurance was too big to fail and, even though every other industrialized country in the world had figured out how to implement single-payer systems, this could just never happen in the US. In her eyes, it was simply inconceivable.

The conversation then unexpectedly pivoted to the recent surgery her husband had just had, and how their health insurance–the health insurance they received through her employer, the private health insurance company–had a very high, $3,000 deductible, and how difficult it was for them to pay for every prescription and medical procedure out of pocket until they reached that number.

The couple also complained that their copays varied depending on the treatment and provider, ranging unpredictably from $35 for a simple office visit to as high as $75 per appointment, and how this unpredictability made it hard for them to stick to their monthly budget and plan for future medical expenses.

At this point, the floodgates opened and others in the group started sharing their own health insurance “horror stories”. From navigating complicated referral policies, to negotiating error-ridden bills and statements from providers, to denials for “out of system” requests, seemingly everyone in the room had their own anecdotes about the ways that their health insurance companies were more obstacles than conduits when it came to getting their health care needs addressed. 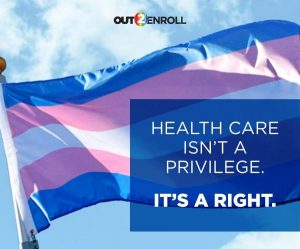 In a bizarre way, the discussion reflected the chaotic current national conversation surrounding healthcare–from the advocacy of Elizabeth Warren and Bernie Sanders for “Medicare For All”, to Pete Buttigieg’s Medicare For All Who Want It, to Joe Biden’s support for strengthening the Affordable Care Act, perhaps the signature achievement of the Obama presidency–a widespread recognition that the system isn’t working, but little agreement on how to move forward.

And as I left the event, I was convinced once again that while we all know our current health care system is irrevocably broken, not all of us are ready yet to make the hard decision to do something about it.