WARNING: Bloomberg may have the primary gamed out better than anyone

Hard to see how this all ends well 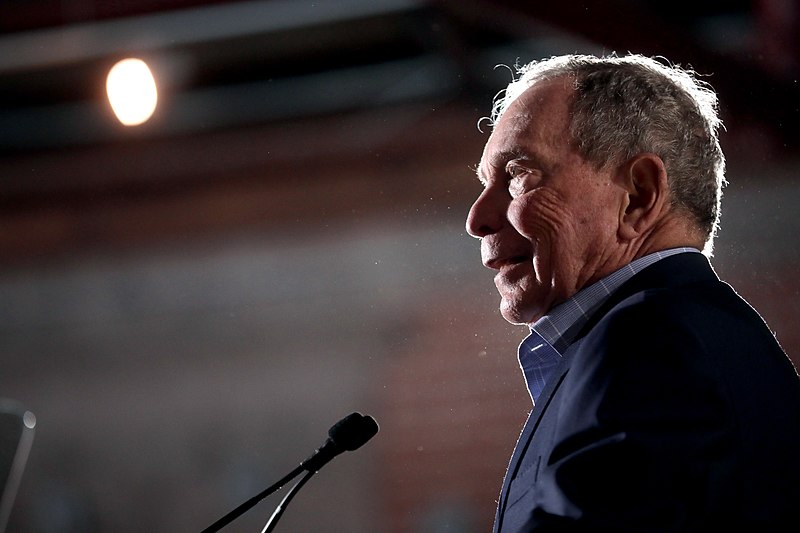 The Trump era is the Universe’s way of teaching people to stop making predictions.

But I have to note one guess I may have gotten right.

“Beto isn’t your problem, Bloomberg is” — was my late 2018 case that fans of Bernie Sanders fixated on the candidacy of a former member of the House from Texas should be fixating on the billionaire most likely to deny the Senator the nomination instead.

Here’s where we are in early, early February 2020.

It’s hard to convey how unprecedented the Bloomberg campaign is at this point in the primary.

Though the former Mayor of NYC isn’t competing in the earliest caucus and primaries, he already has the spending and a campaign fit for a general election. He’s hired many of the best operatives in politics and is paying them incredible wages, promised through the end of the general election. And the person who seems to sense the effectiveness of Bloomberg’s efforts most is Donald Trump, who continually seems shaken by the actual billionaire’s ads.

I don’t need to go into why I oppose Bloomberg’s candidacy. Ok, I will. Stop and frisk. And despite my grudging respect for his success in fighting climate change and the tobacco lobby, Bloomberg has helped elect several awful Republicans — including Pat Toomey, George W. Bush and — despicably — Rick Snyder, right as the Snyder was in the middle of enabling the Flint Water Crisis.

But even my contempt contains a reminder that Bloomberg’s political operation knows how to win, even how to elect soulless drones with no personality  — see: Rick Snyder.

His press machinery in Michigan is already far beyond any other presidential campaign. His team is even reaching out to small-time political podcasts — you can guess which one I mean — to offer surrogates as guests. No other campaign has even sent out a feeler.

And Ryan Grim of The Intercept offers several testimonials of Democratic voters being far more open to Bloomberg than many would think. And mayors around the country are leaping up to endorse the former Mayor of New York City, after he spent more than a decade helping nurture their development and fund their campaigns. And Bloomberg is producing policy that could fit in with a Democratic platform meant to win over the left flank.

So here we are, heading into primary with Bernie Sanders likely to win Iowa and/or New Hampshire, damaging Joe Biden to a degree we can’t yet predict. Tom Steyer, another billionaire, has hollowed out Biden’s lead in South Carolina so much that the former vice president not likely to score a decisive win in any of the first four primaries, including Nevada. (He totally could! I’m not making predictions. ANYTHING COULD HAPPEN.)

The comes Super Tuesday — the target of most of the $300 million Bloomberg has already spent.

The Democratic establishment has to make a bet. You know they’re going to want to stop Bernie. But is Biden or Bloomberg a better bet? Biden has to worry about money. Bernie, who has created a small-donor cash machine, doesn’t. And Bloomberg, whose fortune is growing is faster than he can spend it, doesn’t either.

So we end up with a primary of Bernie v. the billionaire. Imagine a Democratic National Convention filled with Bernie delegates forced to nominate Bloomberg. Fun? Right?

How does this lead to a united Democratic Party? I have no idea.

So far Bloomberg’s wallet has pulled off some miracles. Could it soothe a bunch of Democratic Socialists who are closer to nominating their dream candidate than anyone could have ever imagined they might be?

Who the hell knows?