This post is the first thread in Indivisible Michigan’s #FlipThisHouse2020 series. This one is on Representative Laurie Pohutsky (@lpohusky19), who is serving her first term representing HD-19 (Livonia). It was originally written for Medium and Twitter by Dave Wagner (@dbwagner104), who managed Representative Pohutsky’s 2018 campaign. The Medium post is HERE and the Twitter thread is HERE. 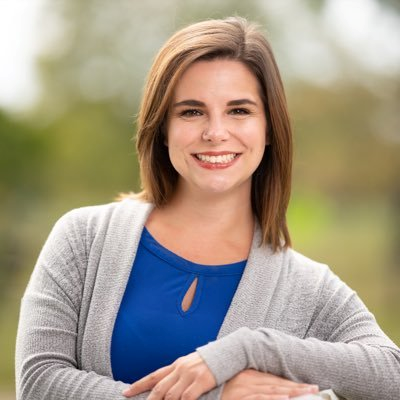 “Laurie is a force of nature. In three years of friendship, I’ve never seen anything be able to get between her and an objective for long — especially when that objective is helping someone who needs it.

During our 2018 campaign, I would tell everyone who would listen, “Laurie doesn’t know how to give up. She fights. All the time.” It hasn’t stopped being true. For the last year-plus, she’s been fighting for all of us, with dedication and efficacy that is downright awe-inspiring.

Laurie Pohutsky was the ultimate political outsider. People forget this, but she wasn’t supposed to be a factor in the 2018 election. She had no personal political background (she’s a microbiologist), and the establishment wouldn’t give her the time of day.

We all make mistakes.

Luckily, Laurie wasn’t asking permission. She knew she was the right person for her district. She ignored “expert” advice by openly advocating for a platform including Medicare for All and strong protections for Michigan’s natural resources. She connected, one voter, one conversation at a time. 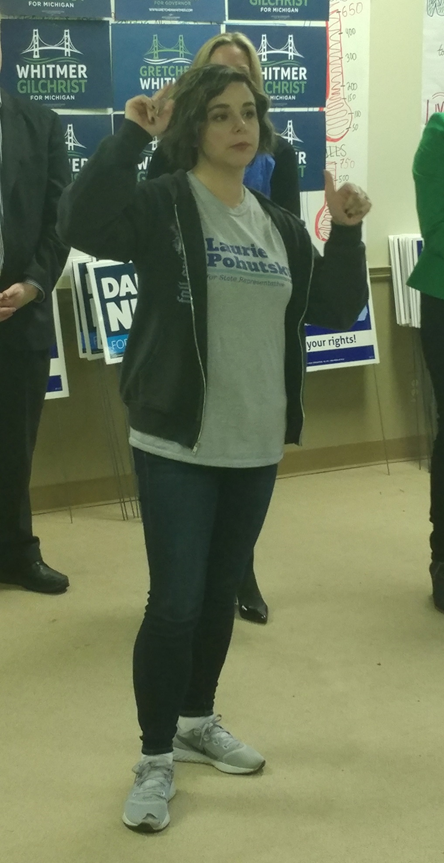 It worked. She, shockingly, won a primary on a shoestring budget. Then she flipped HD-19 blue in a general election for the first time in 40 years.

As this photo from Election Night conveys, it was… the last thing we expected. 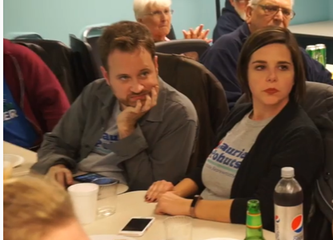 It shouldn’t have surprised us, though, because no one works harder than Laurie. After all, she worked her day job as a microbiologist through Election Day. She worked with viruses that give me nightmares, got home, and knocked doors until she couldn’t see 3 feet in front of her.

This commitment didn’t stop when she got into office. I’ve never seen a more productive first year that better reflected the priorities of the district who elected a politician. Laurie has fought back against polluters, against animal cruelty, against corruption.

She’s also fought for labor rights and better healthcare for all Michiganders, just like she promised. Don’t believe me? Talk to Clean Water Action. Talk to the Sierra Club. Talk to the unions. They’ll tell you just how valuable Laurie is to the progressive cause.

Laurie Pohutsky is one of their most reliable and dynamic champions for these causes in the legislature because she never stops working to make our world better. 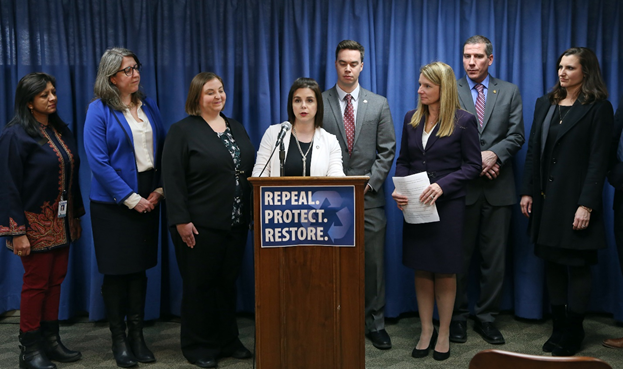 Of all her outstanding legislation, though, the bill that should make Michiganders sit up and take notice is HB-4942, which would close a legal loophole that allows spouses to drug and rape their partners.

(You can read about this bill HERE.)

A loophole surely NO ONE wanted to exist was allowed to do so simply because no one in power was paying attention.

Laurie paid attention, and she wrote the bill.

When she’s reelected, expect more of this — Laurie listens, and she doesn’t miss much. 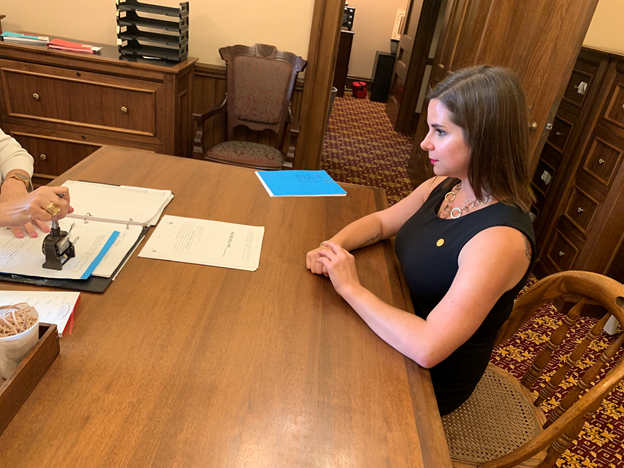 Through it all, she’s made herself ceaselessly available to her constituents, through constant town halls, coffee hours, and special events. I hope they know how lucky they are to have her, because we couldn’t ask for better accessibility from a public servant. 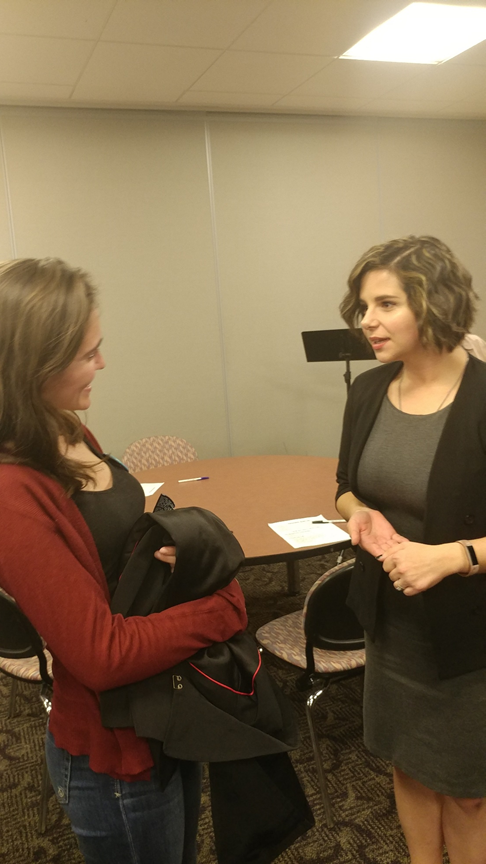 And always, on top of everything else, Laurie never stops putting her district before herself: even when some of us wish she wouldn’t. When Republicans voted to make abortion illegal in cases of rape and incest, Laurie didn’t just vote against them and shut up. Not on your life.

Instead, she dragged herself through the wringer and told her own gut-wrenching story of how this vote could have destroyed her life a decade ago. It must have been agony. But she did it for all the women who would be facing literal hell under that bill, just like she would have.

There was nothing therapeutic in that speech. Nothing redemptive. She told us about the pain of a survivor of partner rape with no options, and she made us feel it. Again, it must have been torture for her in that session. But knowing Laurie, she’d do it again in a heartbeat.

Laurie Pohutsky has faced everything this world can throw at her and come out on top. I can’t imagine the hubris & ignorance it would take to bet against her now. When I managed her race, we won by a mere 224 votes. This time, she deserves better.

Let’s make her margin of victory reflect the extent to which Laurie Pohutsky outclasses anyone the GOP can even hope to match her with.

Vote for and donate to this amazing woman. Help her stay where she belongs: fighting for us.”
Let’s Re-elect Laurie!

Join me and donate today by clicking HERE!

Indivisible Michigan will be featuring an essay on EVERY SINGLE Democratic nominee for the Michigan State House in 2020. We’re taking this majority, and we’re taking it this year. Please follow our Twitter at @IndivisibleMich.