By now you’ve likely read about Adrian Iraola’s confrontation with a Class A bigot during community meeting on diversity, equity, and inclusion in Saline. When Adrian stood up to talk about the impact bullying and racial slurs had on his teenaged son, a man named Tom Burtell asked him, “Why didn’t you stay in Mexico?”

The moment was caught on video and quickly went viral. Nationally so, in fact.

When it happened, the crowd instantly condemned Burtell for his odious behavior. In the days following, hundreds of community members held a rally to support Adrian, the school superintendent issued a strong statement condemning intolerance, racism, and bigotry, and Burtell’s own son condemned him on Facebook: 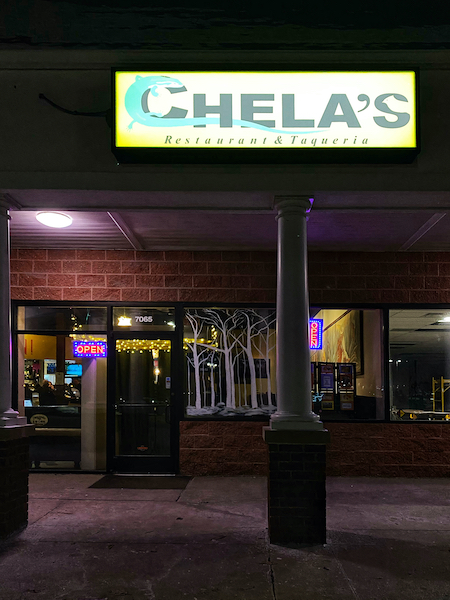 My wife Anne and I are regular patrons of one of Adrian’s several restaurants — Chela’s Restaurant & Taqueria — in our area. The newest one was opened in our small town of Dexter not long ago and we quickly fell in love with the awesome food and with Adrian himself. Our favorite visits are when we can sit at the bar and talk to him about food and tequila and the world around us. He’s one of the most calm and peaceful men I have had the pleasure to get to know, the complete antithesis of the bullying bigot Tom Burtell.

Last night we decided to do a Valentine’s dinner at Chela’s. We’re eager that the Dexter location stay open so we’re always happy to see lots of visitors but last night was out of the ordinary. When we walked in, the place was packed. There were several groups of people waiting to be seated and multiple people picking up take out orders. A sign was prominently displayed thanking the community for their support: 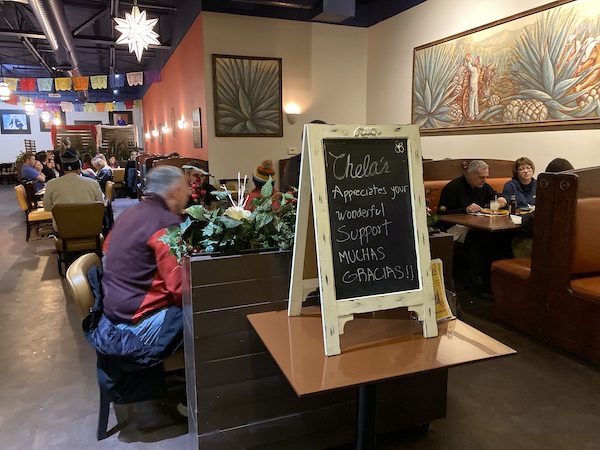 As we ate and drank remarkably good margaritas, we asked our server if this was a normal Friday night crowd. He laughed and said, “No, it’s been like this since Adrian became a national hero!”

Adrian himself was busy talking with guests, clearing tables, and seating people — the consummate restauranteur and host. We were finally able to wave him over to our table to thank him for his voice and courage. He was clearly gratified by the response from the community. Yet at the same, he said, there’s an “ugly side” lurking out there that we must all stand up to.

I knew that the people of Saline had rallied around Adrian but Dexter is 15 miles from Saline and a much smaller town. Yet, even here, people were out to support Adrian and his team. 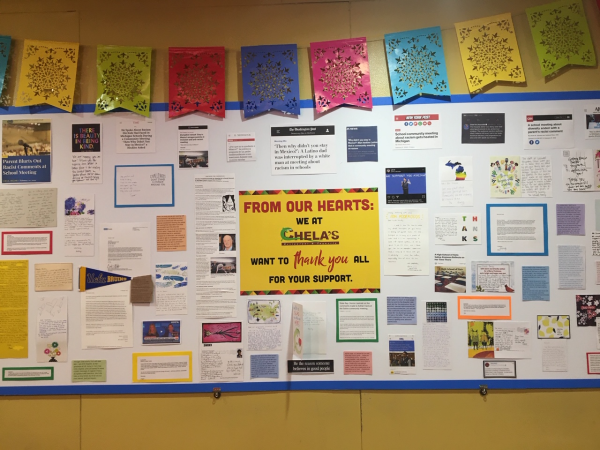 If you get the chance, make the effort to visit Chela’s either one of their two Ann Arbor locations or here in Dexter. You won’t find better Mexican food and drink.

And you won’t find a more wonderful human being than Adrian Iraola. 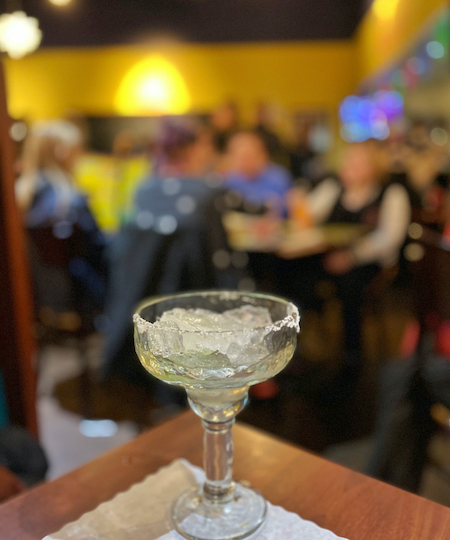