Unfortunately, money still matters a lot in politics. Here’s how to make the most of yours.

Be the Mike Bloomberg you wish to see in the world.

If you can, please help us raise $10,000 for Run for Something — an organization that recruits, trains, and helps down-ballot Democratic candidates for office nationwide — by Super Tuesday.

Read on to find out how this group’s work electing state and local candidates is part of the solution for everything you care about in 2020, from beating Donald Trump to abortion rights to voting rights to education and ending gerrymandering. 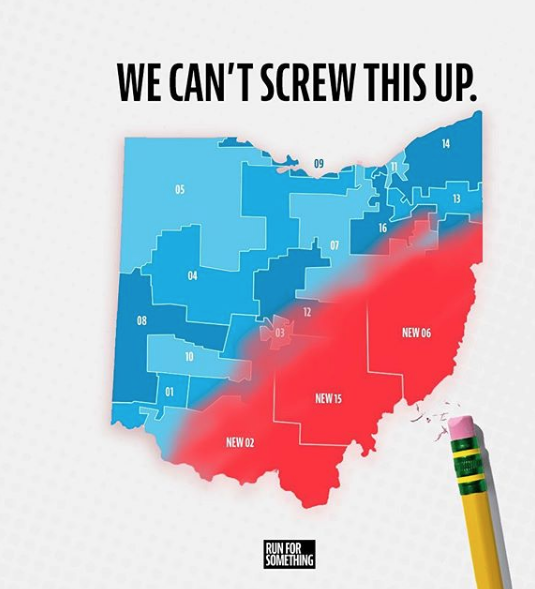 Mike Bloomberg and Tom Steyer have one thing in abundance — and it isn’t charisma.

It’s also not policy ideas, though Steyer is pretty good on policy and got in early on impeachment while Bloomberg probably has done more than any billionaire to fight climate change.

Basically, these billionaires got dollars, billions of them.

And what can you buy in politics with lots of dollars? Support.

Steyer’s $106 million in advertising has lifted him to new and surprising heights in Nevada and South Carolina — states in which he’s swamped competitors who are focused primarily on Iowa and New Hampshire. His showings were enough to land him on the January debate stage next week in Iowa.

Bloomberg, meanwhile, has plowed a record $211 million into states like California, Texas and Florida, springing the former New York Mayor into fifth place in national surveys, just behind Pete Buttigieg.

Bloomberg, at least, seems to sense the unseemliness of this.

He has now stated that he’s building a infrastructure that he will hand off to the Democratic nominee, regardless of whom s/he is. This is good news — because Trump has been building his campaign for years and Bloomberg is pretty good at aiming his money hose at elections, which is how he’s elected a lot of Democrats and helped reelect some terrible Republicans, including Rick Snyder and Pat Toomey.

But let’s focus on the massive spends these two men have made, over $300 million. That’s more than ten times what Republicans spent on REDMAP, the 2010 project that exploited Republican wins in 2010 to create illegal and often racist electoral maps that gerrymandered right-wing majorities through the decade.

Bloomberg and Steyer have money hoses, huge ones. Most of us, if we’re lucky, have a money squirt gun or SuperSoaker. But we also know the best ways to spend this money, which probably matters a lot more to us than it does to billionaires who will always be billionaires.

The basic idea is: The lower you aim on the ballot, the more your money matters.

Here’s the good news: Groups like Run for Something are doing their best to make sure that doesn’t happen. And one thing Amanda Litman, the co-founder and Executive Director of Run for Something, is doing this is fighting the mentality that only the White House matters.

Her thread below brilliantly makes this case that to achieve our goals, we also have to aim down at the ballot.

Please read it and consider supporting Run for Something as it tries to help great candidates win in every possible election by clicking HERE. 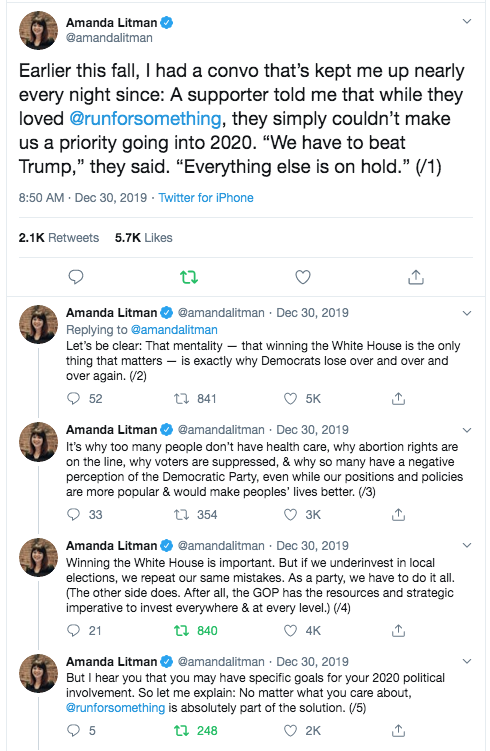 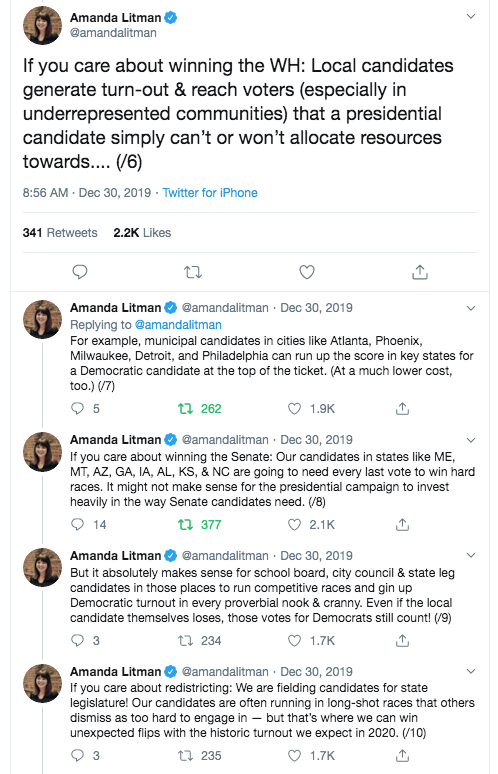 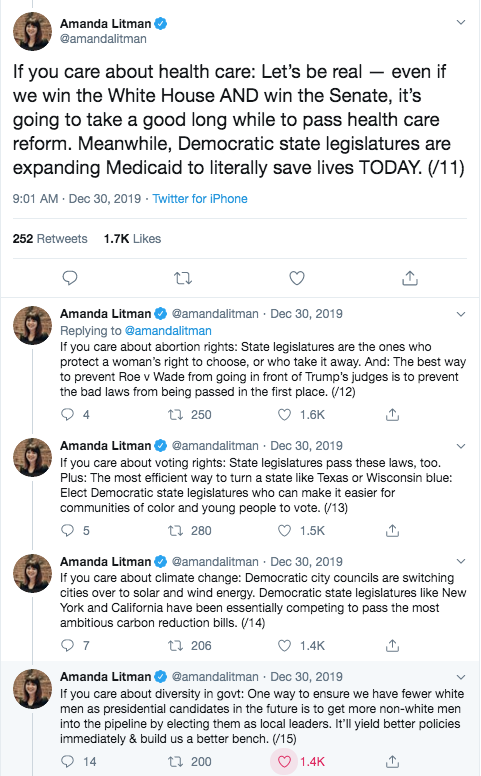 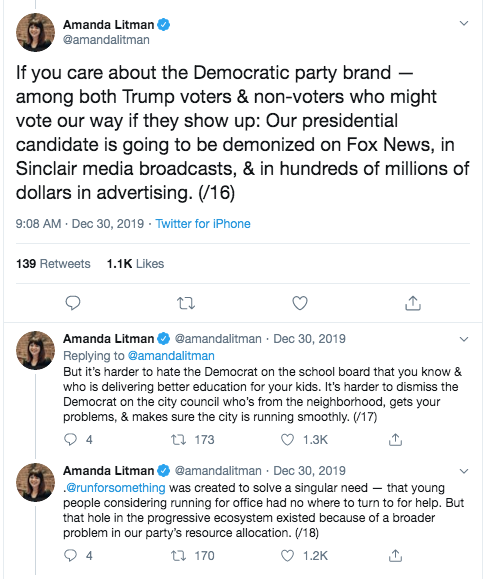 The earlier you can make your donation, the better. https://t.co/Wwnck6vwXj

If you want to host an event, just email us at [email protected] We will go anywhere and everywhere to help you help us.