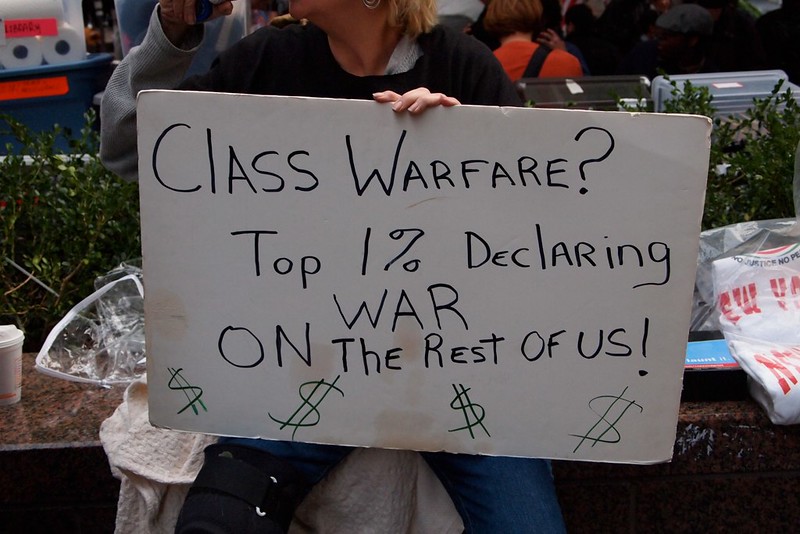 You may not remember this, but bailing out the biggest banks in America used to be controversial.

Republicans in the House even helped sink the first attempt to rescue the banks from collapsing under George W. Bush. But apparently the GOP’s big problem with the bailouts was that they weren’t called “corporate tax cuts.”

JPMorgan Chase & Co., Bank of America Corp., Citigroup Inc., Wells Fargo & Co., Goldman Sachs Group Inc. and Morgan Stanley posted earnings this week showing they saved $18 billion in 2019, more than the prior year, as their average effective tax rate fell to 18% from 20%. Bloomberg News calculated the haul by comparing the lower tax rates to what the banks paid before the law took effect, which averaged 30%.

Compare that $32 billion to $31 billion — that’s the most recent estimate of the cost of the Troubled Asset Relief Program, better know as TARP or the big bank bailout that began in 2008.

Yes, Donald Trump could end up giving more money to the big banks than W. Bush ever did.

At this pace, with just the money Trump has shoveled to the banks you pay for “free college” at all public universities for all Americans in just over two years — something Republicans and the media regularly describe as unaffordable. And with the price of all Trump’s tax cuts for the rich and their corporations, around a trillion dollars, you could pay for free college about 14 times.

And free college would actually have some benefit — actually “enormous” benefits, especially for poor and low-wealth Americans, obviously.

“If some of these students complete a degree, they are likely to increase their lifetime earnings — a boon that is generally much more valuable than a few years of reduced tuition,” David Denning wrote in The New York Times. “What’s more, higher earnings will also increase tax revenues, further cutting the long-run costs to the government.”

What benefit have the corporate tax cuts had for poor Americans?

Far less than states raising the minimum wage, it seems.

But we should all be very proud that in an era of growing and devastating inequality, we’ve all done our part to help JPMorgan Chase earn record profits — especially after all its done for us, including dumping its subprime mortgage holdings in 2008 to unsuspecting buyers including the Fort Worth Employees’ Retirement Fund as the economy burned.

I hope everyone is taking notes for when or if Republicans lose power again and suddenly, with the media’s help, seemed very concerned about deficits again.

All bailouts should be known as “corporate tax cuts” or just pretend they’re going to farmers — as Trump has while giving $28 billion, more than double the cost of the auto rescue, mostly to big agribusiness.