Michigan GOP Senator Lucido told female reporter, “These boys could have a lot of fun with you”

“He assured me it was nothing personal and this is just how he talks to young women.” 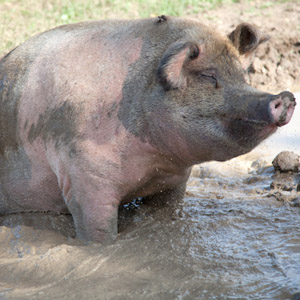 It’s been quite awhile since a Michigan Republican has made the news for being a disgusting, sexist pig. But State Senator Peter Lucido reset that clock this week with remarks he made to Michigan Advance cub reporter Allison Donahue:

I waited outside the Michigan Senate chamber to ask Sen. Peter Lucido (R-Shelby Twp.) on Tuesday for a comment about the Detroit Metro Times’ story reporting that he was a member of a violent, anti-Gov. Gretchen Whitmer Facebook group, which has since been deleted.

What was meant to be an opportunity for Lucido to respond to the report, turned into him making comments that objectified and humiliated me in front of a group of young boys. […]

The teenagers burst into an Old Boys’ Network-type of laughter, and I walked away knowing that I had been the punchline of their “locker room” talk. […]

[H]e assured me it was nothing personal and this is just how he talks to young women.

Donahue, who is 22, could have walked away, yet another woman having to deal with a ludicrous misogynist saying inappropriate things to professional women in the presence of others to degrade and objectify them. Instead, she told her story. And now she has made Peter Lucido nationally famous:

Donahue shared more about why she decided to write about Lucido’s outrageous and unacceptable behavior in this thread on Twitter:

Thank you all for the support. I promise I will collect my thoughts soon, but I will say this:

I didn’t want to stand up for myself after that. It’s awkward and in rare cases is it ever taken well and the comments apologized for.

But I’ve stayed silent before.

Lucido, who is sniffing a run for governor and was named the 2019 state Senator of the Year by the Michigan Information and Research Service (MIRS) earlier this month, refuses to apologize and doubled down, telling Donahue he had “said it to an all girls’ school last week.”

[UPDATE: Facing withering criticism from all corners including from Senate Majority Leader Mike Shirkey, Lucido finally DID apologize, issuing a statement saying, “I apologize for the misunderstanding yesterday and for offending Allison Donahue.” I’m not sure what the “misunderstanding” was unless it’s Senator Lucido’s inability to understand how adults should treat each other, particularly in a professional setting.] Kudos to Donahue for not keeping quiet and kudos to Michigan Advance for giving her the platform to tell her story.

For his part, Lucido, an avowed Trump supporter, has never answered for his participation in a heinous, misogynistic, xenophobic, bigoted Facebook group and behavior like this does little to suggest this piggishness isn’t firmly embedded in his personality.

UPDATE 2: Democratic State Senator Mallory McMorrow (a Run for Something candidate!) is asking MIRS to rescind their “Senator of the Year” award for Lucido:

I called @MIRSnews to ask them to rescind Senator Lucido as 2019 Legislator of the Year. It's time we start considering the totality of the job for people in power – not just how many bills you can pass. This behavior is a pattern. How powerful people treat others matters. #mileg https://t.co/5LtaxXJr9r