Trump is celebrating war crimes and promoting the mass execution of his enemies — where is the 🚨Civility Police🚨? 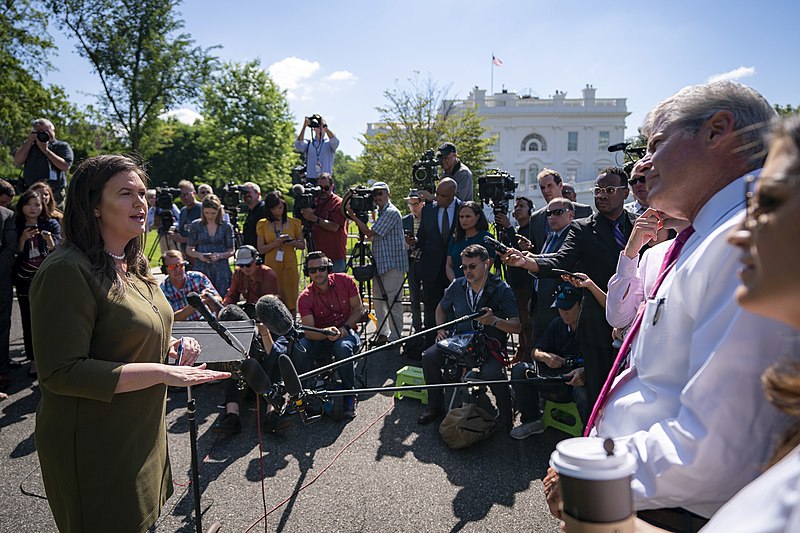 Recall the great civility freakout of 2018.

Polite society rose up to speak on behalf poor Sarah Huckabee Sanders who — in the midst of an uproar over the unlawful kidnapping of thousands of children, many of whom still haven’t been returned to their families, by this administration — was asked to leave a restaurant after receiving a free cheese plate.

“Those who are insisting that we are in a special moment justifying incivility should think for a moment how many Americans might find their own special moment,” the Washington Post editorialized. “How hard is it to imagine, for example, people who strongly believe that abortion is murder deciding that judges or other officials who protect abortion rights should not be able to live peaceably with their families?”

Forget that many of the medical professionals who provide basic reproductive health care haven’t been “able to live peaceably with their families” for decades, let’s take this concern for “civility” seriously. And let’s consider where the hell it has gone as Trump has extended his assault against democracy and decency to ever new heights.

If the past few weeks, Donald Trump not only pardoned a Navy SEAL who was “perfectly O.K. with killing anybody that was moving,” according to one colleague, he protected the convicted felon’s rank and honored the man with a visit to his private business. Trump reportedly wants to take this war criminal on the campaign trail.

Just after Christmas, Trump — who has been retweeting a flood of mental sewage from bots and trolls at an unprecedented pace — retweeted an account using the QAnon hashtag.

You may not know what this means. (Listen to our interview with Travis View, one of the hosts of QAnon Anonymous podcast for a taste). But the followers of this movement that pines for the mass execution of pretty much anyone who has ever opposed Trump does. It means Trump — or his social media guy Dan Scavino — want to signal their support for this deranged movement that the FBI identified as a possible domestic terrorist threat. And this isn’t the first time Trump has played footsy with this death cult.

When a guy who will likely never leave office peacefully celebrates war crimes and the mass execution of his enemies, it’s time to worry.

At least, you’d expect the civility police to worry.

We know Trump fans have already tried to commit terrorism. His name has been mentioned by at least 38 perpetrators of violent acts. The antisemitic and anti-immigrant conspiracy theories he spreads to millions were echoed if not repeated verbatim in the manifestos released by mass shooters.

His followers aren’t just preparing for the 2020 election, they’re preparing for a civil war — and they have every reason to believe Trump is encouraging them to think violently.

David Leonhardt recently wrote an excellent column about the centrist bias we see in the press. He suggests it has affected both parties and assured the establishment in its protection of “norms.” But the larger bias we see is how the powerful police the powerless, and not just by gifting them with massive debt or screaming, “How do you pay for it!”

A restaurant owner shouldn’t expect the same liberties as the president of the United States, who often tells reporters to shut up and implicitly threatens their access and career.

This is not civility. It’s “civility,” as Dalia Lithwick noted.

This bias, with racism as its lode star, has calcified in numerous ways. It fed fed mass incarceration, the way Wall Street and billionaires escaped from the Great Recession unscathed, and the virtually unchecked power we place in our president.

Now, as we attempt to check Trump, first with impeachment and then, likely, at the polls, the unwillingness or inability we have to police the powerful means that civility is just another potential tool for tyranny.