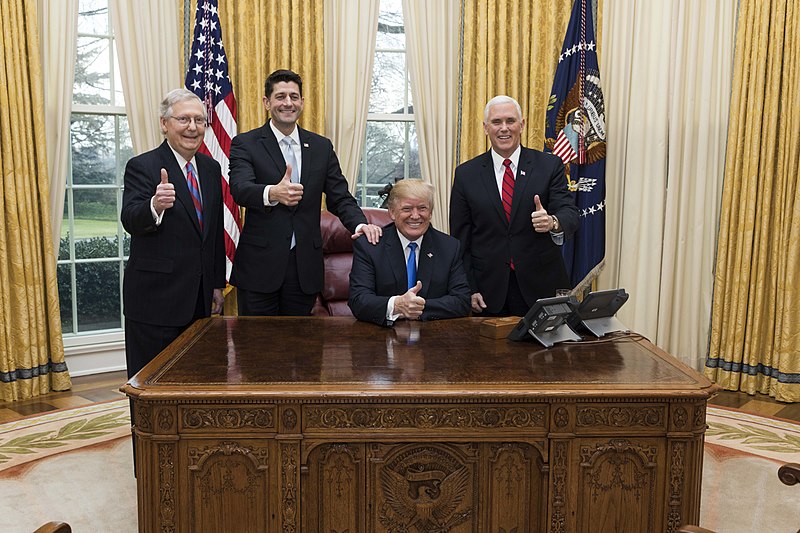 New documents sent to the Center for Public Integrity confirm both articles of impeachment for Donald Trump passed by the House of Representatives last week.

In files a court ordered the Department of Defense to release on Friday, we learn that Trump asked about aid to the Ukraine before his call to President Zelensky and 91 minutes after the call all aid appropriated to Ukraine by Congress was suspended. This further proves the extortion aspect of the “Abuse of Power” high crime, though just asking a foreign power for an investigation of a political opponent is clearly enough to remove a president. And that these documents were released to a nonprofit newsroom but not Congress proves the “Obstruction of Congress” article.

But at this point, anyone familiar with the facts of this debacle either knows Trump is guilty or just wants to help him get away with it. But that leaves about 90% of America who isn’t obsessed with politics the way we are with either lightly held or lightly informed opinions.

(If you know any fair-minded America who isn’t yet convinced that Trump must be removed, send him “Four Tests for Impeachment” by conservative Ramesh Ponnuru. It’s airtight.)

While House Democrats wrangle with Senate Republicans over a fair trial, which Adam Schiff says depends more on documents than witnesses, we must remember the real battle is over the message of impeachment.

Dr. Rachel Bitecofer, whose prediction model was the most accurate in 2018, argues that Democrats “NEED messaging” to keep the about 50% of America who support impeachment and removal on board and to win over the 16% who are indifferent to impeachment thus far.

The message needs to make this case why this process is crucial to voters’ lives and of immediate relevance to the 2020 election the GOP’s larger effort to deny voters a free and fair chance to pick their own president.

“Your right to vote in free elections is at stake,” Lawrence Tribe wrote.

I think this is the most compelling argument for why impeachment matters — but I would go further and make one message perfectly clear over and over “Trump is trying to steal this election and Republicans who refuse to take these charges seriously are helping him.”

That surely can be improved and it’s almost impossible to get Democrats to do what Republicans have been trained to do, answer questions by framing the case first. But given the way the game is rigged, how Trump only needs support of Senators who represent 7% of America to remain in office, the message is what impeachment has to be about.

The great Anat Shenker-Osorio advises that you stick with the first person, as in: Say “he betrayed you” “he endangered you” “I am protecting you.”

Your right to vote in free elections is truly at stake because Trump is trying to steal the 2020 election — and impeachment is the best opportunity to make that case over and over.