The billionaires are mad at us because we’re trillionaires

If you want to know what this election could be about, sip the sweat and tears of certain billionaires 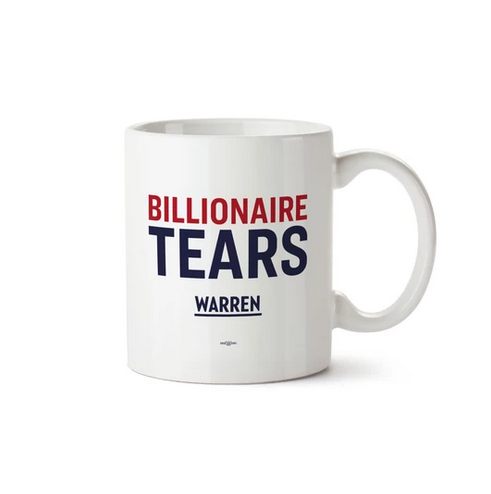 Even before Emmanuel Saez and and GOTMFV show guest Gabriel Zucman documented that billionaires are paying a lower effective tax rate than the working class, even before two billionaires jumped into the Democratic primary way too late, even before billionaires began to volunteer to record testimonials for Elizabeth Warren’s campaign, the richest men in American began to sense what the 2020 election could be about.

And it’s no wonder they are terrified. 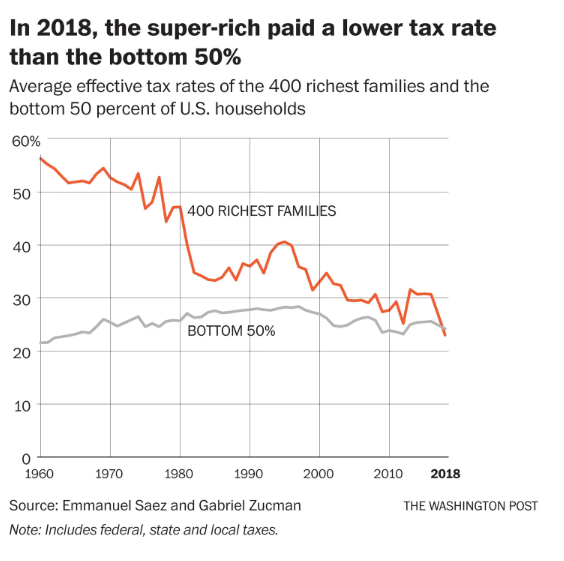 Because the Tea Party so effectively distracted the media with coded racist rage and Occupy was never meant to be a partisan movement, we have what a rude blogger might call “electoral blue balls.” There hasn’t been an election since the financial crisis that truly settled the root causes of that crisis. As a result, wealth and income inequality that has only gotten worse since we avoided a depression.

Yes, I hold with those who argue that Barack Obama ran and governed somewhat as a populist, but a hyper-reasonable one.

Anyone who believes we should tax the super rich to give everyone else health care is fundamentally a populist. Billionaires get that, which is why killing the Affordable Care Act is still a priority for them. I get that this definition that could be stretched to to fit the entire Democratic Party, except Obama clearly ran as an anti-Iraq War outsider in 2008 and the bane of Bain Capital in 2012.

His unflappable tone and his less-than-vindicative governance were effective in restoring economic calm, but it also revealed that civility and “going high” have their limits. If fact, I’d agree that civility is overrated and time for hyper-reasonableness is over.

The hunger for big systemic change is dominating the Democratic Party — the combined support of Elizabeth Warren and Bernie Sanders leads Joe Biden in just about every primary state.

With Donald Trump’s victory and the massive transfers of wealth to rich people, corporations and polluters that are his only policy successes, the super rich may sense that they won what some may see as a Pyrrhic victory. They won too hard.

For almost forty years exactly, capital and inherited wealth have been enjoying a unquestioned dominance over labor in this country. It’s been Winners Take All for as long as most of us can remember.

The tax code proves this. Donald Trump’s viability as a candidate and ability to avoid prison for his adult life prove this. And the billionaires tears over Warren and Sanders’ lack of reverence for the 9 Zero Club proves this.

And nothing proves it more than the freakout over the price of insuring all Americans as the costs of inviting corporations to destroy the climate go unquestioned. Billionaires know they’ll be asked to help insure everyone because they already have. No one has yet been asked to chip in for the melting of the ice caps, and as long as there is a national Republican Party, it’s unlikely that anyone ever will.

But the richest feel the ground shifting.

Even the likable Mark Cuban who campaigned for Hillary Clinton is offended by Elizabeth Warren’s increasingly detailed plans to pass Medicare for All, comparing her to Trump.

That comparison is a bit too revealing.

The billionaire freakout isn’t that Warren or Sanders will get us more Trump. Many of our richest guys, like the Russian oligarchs in the early day of Putin, have seen what 45 has to offer and find it not all that bad for them at least, seeing as how it’s not their 70,000 kids in concentration camps.

The fear instead is baser. It’s: if Trump can win, who can’t?

There’s only a thousand or so billionaires in this country, another 20 million or so millionaires. That leaves about 300 million people who are far more likely to get cancer than a billion dollars. They see us rolling up to the polls in record numbers. They know that together we’re something they’ll never be — trillionaires. And together we can do almost anything from achieving the sort of health care coverage every other rich country has to saving the planet. We could even achieve their worst nightmare, making them slightly less rich. 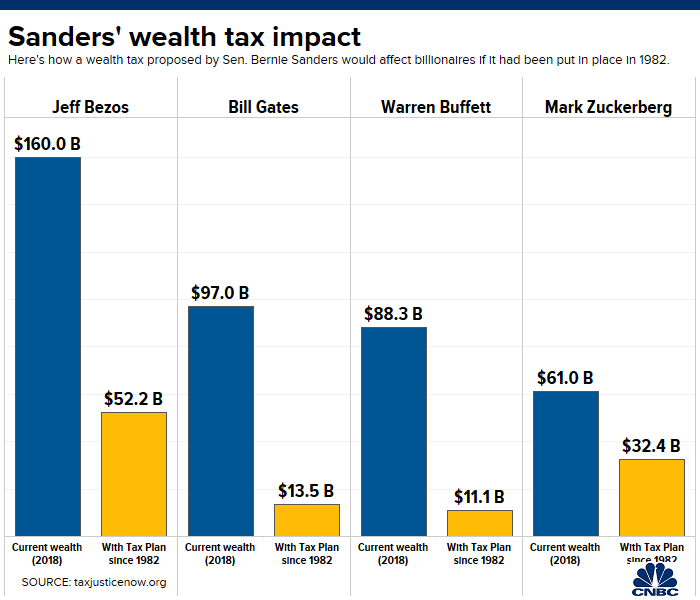 Earlier this year at Gun Sense forum in Des Moines, Michael Bloomberg, the sponsor of the event, said, “I just said to Sen. Warren on the way out, ‘Senator, congratulations, it’s a nice talk. But let me just remind you if my company hadn’t been successful, we wouldn’t be here today, so enough with this stuff.”

It was a 2019 version of Ronald Reagan telling the moderator of a debate, “I am paying for this microphone, Mr. Green!”

Except Reagan wasn’t paying. His rich donors were.

Now the rich donors recognize that they want the Democratic Party to protect them from us trillionaires, they better do it themselves.

And Bloomberg wasn’t upset that Elizabeth Warren was taking advantage of his platform. He’s terrified that she may not need it.