For democracy to prevail, the Republican Party must be convicted and removed

Placing your career over the Constitution must have consequences 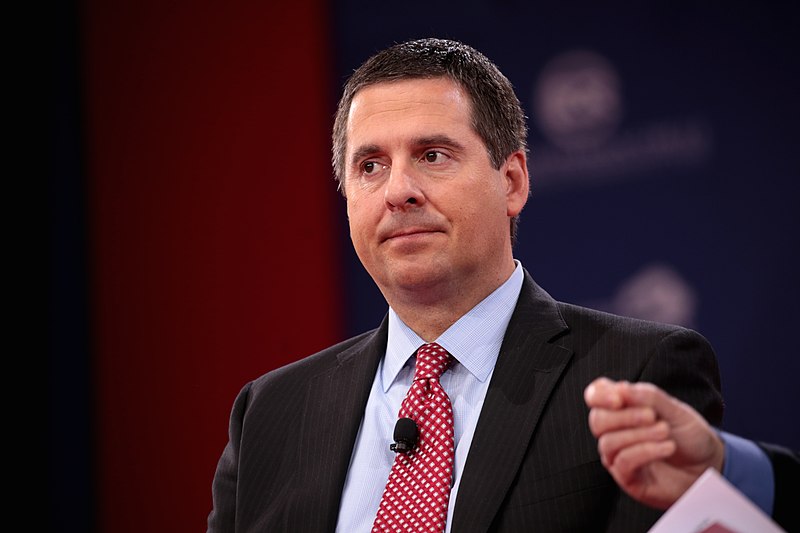 What are the most telling revelations uncovered in impeachment inquiry into Donald Trump?

1. As soon as Trump gets away with it, he’s at it again.
On the day after Robert Mueller testified before the House and it immediately became clear Democrats would not pursue impeachment over the numerous crimes Mueller’s report identified, Trump made the call that directly extorted Ukraine into attacking his 2020 possible opponent. The scheme that had been in the works since the White House illegally held up the aid appropriated by Congress was just waiting for a signal that Trump could get away with it.

2. They’re not jurors; they’re co-conspirators.
Of course, the most predictable aspect of the inquiry are two twin revelations: 1) this Republican Party will never take these charges, or any charges against Trump in good faith, and 2)  evidence that the entire party — especially Devin Nunes, the ranking member of the House Intelligence Committee — is implicated in the conspiracy to use government power to deny Americans a free-and-free election in 2020.

Before the inquiry began, I made the case that Republicans’ enabling of Trump has to be put on trial along with Trump’s crimes:

Impeachment must have a singular goal: It must make the case that our democracy is at stake. To do this, Democrats must show that the GOP made Trump’s corruption inevitable. Thus, the American people must check the Republican Party with furious anger.

I get why Democrats had to go through the motions of presenting an undeniable case with the presumption that Republicans of good faith could be won over. But now with the abundance of evidence that has been proffered from non-partisan sources and the new revelations about Nunes combined with a party-wide embrace of disinformation, it’s clear that there’s a word to describe Republicans of good faith: former.

We could fisk Republican motivations to try to understand what could motivate them to go along with Trump obvious crimes, but the basest fact of this political moment is simple: Republicans know criticizing Trump in any way will cost them their careers, and that’s a risk almost none of them will take.

Meanwhile, former/Never Trump Republicans seem unwilling to do anything beyond tweeting that might organize some sort of mass call for the party to treat impeachment with the severity it demands.

Greg Sargent makes an airtight case that expecting Republicans to ever be shamed is a now clearly a losing strategy.

Faced with overwhelming evidence of Trump’s guilty, they will use the Senate trial to continue the conspiracy against Joe Biden rather than holding Trump to account, no matter how they sobbed when Joe Biden’s other son died.

Thus, he argues, Democrats must adopt a new approach:

Instead, let’s rhetorically treat Trump’s defenders as his criminal accomplices. Not just as “enablers” of Trump’s corruption but as active participants in it.

He leaves open how to make the case that the GOP are Trump’s co-conspirators, but this effort needs to involve more than a change of rhetoric.

Given that we know Trump would use an acquittal in the Senate as an excuse to do everything he can to steal the 2020 election, Democrats should slow down impeachment until it encompasses the full scope of Trump’s crimes. And even then Democrats should not feel the need to send the charges to a Senate that’s meeting to conspire with Trump rather than taking its constitutional role seriously.

The talking point could be, “The Senate should get to work on the more than 200 bills we’ve sent them — including universal background checks that could save the lives of the almost 100 Americans who die of gun violence every day — and we’ll keep working on Trump’s crimes until they demonstrate they’re ready to protect democracy.”

What’s clear is that Trump wins if only he is only on trial for the crimes he committed and his jurors include a party is conspiring to abet him.

Expecting Republicans to reciprocate Democrats’ reasonableness is how we got into this mess. Now is the time to make the case that we must convict and remove the entire GOP.