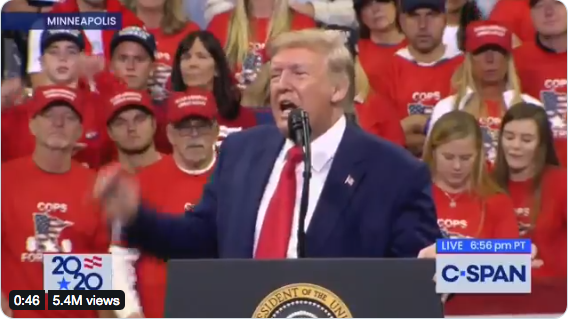 Despite his relentless efforts to screw anyone who isn’t a billionaire and betray the nation in general, Donald Trump’s appeal to his shrinking party remains durable and inexplicable to many rational minds.

Still, you can’t help but wonder where it comes from and how to undermine it enough so this monster can’t be reelected with the 46% or so of the electorate he carried in 2016. This explains why it’s hard to log on without hearing someone say something like “If Nixon had Fox News, he’d still be president!”

It’s true that Fox helps. And so does The New York Times, as you’ve heard Sarah Kendzior explain.

But 45 knows what drove him into office and makes many of his hard-core supporters so loyal — and it’s the same thing that has help make the Republican news channel a near-religion for millions of Barcalounger-bound Americans: Strategic Racism.

And he is making this infectious evil the cornerstone of his impeachment defense and his reelection campaign.

“Trump’s hostility to refugees moves back to the center of his political rhetoric,” Philip Bump wrote, earning his brown belt in subtlety.

Watch what that “hostility” looks like, if you can stand it.

Trump vows to crack down on Somali refugees in a city with one of the largest Somali populations in the country pic.twitter.com/xXM3pffCef

Trump’s spew of bottomless hate for refugees — even as his businesses continue to employee foreign workers who will never be as vetted as well as refugees are — was reminiscent of a Klan rally in every way, except that it was televised internationally and presided over by the president of the United States.

If you’ve read Ian Haney López’s Merge Left, you know exactly what Trump is up to here. He not only is unafraid of inviting charges of racism. He’s inviting them.

From my USA TODAY piece about Merge Left:

Because then you’re not pointing out how he’s ripping you off, threatening human survival and crushing jobs.

Instead, you’re strengthening his basic story line. Trump wants voters to go to the polls believing that America is locked in a cage fight between warring racial groups: “Who is the real racist, the person warning about illegal immigrants or the person saying that’s racist?” When that’s the debate, Trump wins.

Between the attacks on Ilhan Omar for an incestuous marriage and his description of Biden as popular only because he kisses Obama’s ass, Trump’s dog whistling is back in full force. It’s not his sole response to impeachment, but it will be his primary retort.

Merge Left is filled with clarity that our debate about how to contest Trump’s racism that our discourse lacks. For instance, it’s too rarely pointed out that Trump’s overwhelming support among white voters is dependent on the devotion of white evangelicals one group — a group the right has spent a half century winning over with dog whistles. 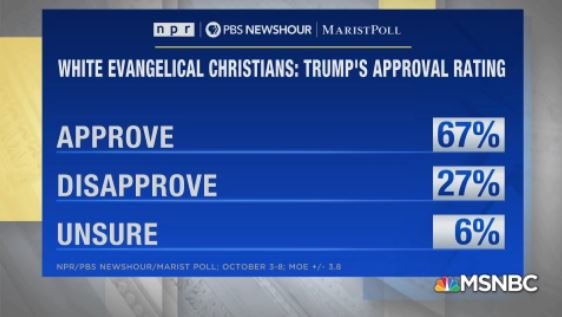 Seeing how the rich reinvented racism as a weapon of elite interests is a superpower that Haney López’s work gave you in his book Dog Whistle Politics. And his new book reveals how to undermine the elite’s tactics with a unity message that avoids stoking debates about who is the real bigot.

And the most hopeful aspect of the message is that it has been proven — right in the state where Trump performed his more recent hateful assault.

In 2018, Haney López’s research was deployed by a coalition of left-leaning groups guided by the great Anat Shenker-Osorio.

We have to face what Trump is good at — and it’s the same thing that Fox is good at — making racism seem practical and necessary.

We may want to assume that everyone sees through his racist lies but Haney López research shows that’s not true. Even majorities of Democrats and people of color view messages about “terrorist countries,” “criminal gangs,” “illegal immigration” and needing to “take care of our own people first” as commonsense and convincing.

That’s why calling out the strategy on behalf of corrupt rich con-men like Trump is the only hope of uniting the sort of massive coalitions we saw reelect Lyndon B. Johnson in 1964 and Barack Obama in 2008.

Otherwise we’re abandoning the targets of this hate to vicious sneers and the even more vicious policies of Donald Trump.

For more about how the research behind Merge Left helped win in Minnesota, check out this episode of the Brave New Words podcast.