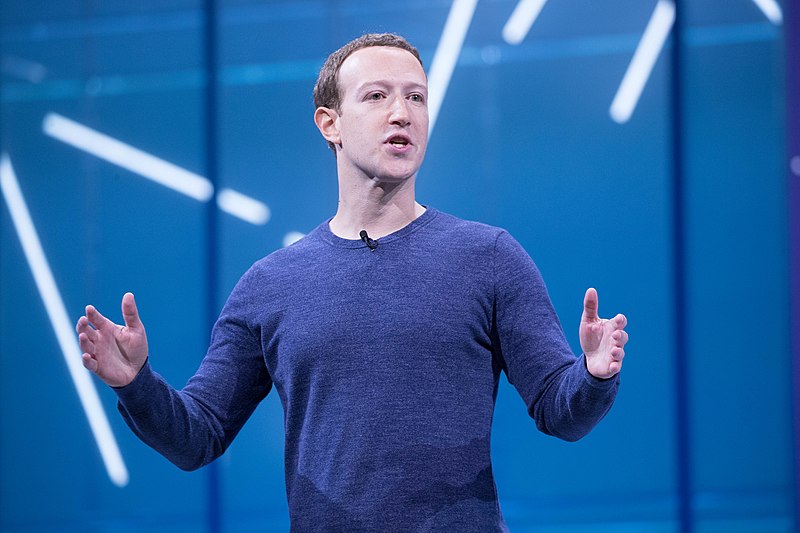 “You have someone like Elizabeth Warren who thinks that the right answer is to break up the companies … if she gets elected president, then I would bet that we will have a legal challenge, and I would bet that we will win the legal challenge. And does that still suck for us? Yeah. I mean, I don’t want to have a major lawsuit against our own government. … But look, at the end of the day, if someone’s going to try to threaten something that existential, you go to the mat and you fight.”

Imagine, for a second, if the CEO of the largest social network in human history said something like this about Donald Trump. The right — which wants to hold a congressional hearing every time a Diamond and Silk post doesn’t get enough likes would explode. They’d demand Zuckerberg self-deport or, at least, resign.

And their fury would be somewhat understandable given the massive power Facebook has to influence our elections and a simple fact few people understand: No agency or regulator is watching the content standards of Facebook  — which will be one of the largest, if not the single largest, seller of political ads for the upcoming presidential election year.

The marginal changes Zuckerberg’s baby has made since its site was used as a staging ground for foreign interference in 2016 election mean you may not be able to spend Rubles to buy U.S. political ads on the site. But, as Judd Legum’s Popular Information newsletter continually documents, Facebook is doing far too little, if anything, to restrain the propaganda that explodes across the site, often directly from the Trump campaign.

We don’t know how good Facebook is at swinging voters but there’s a reason the Trump campaign has already spent as much as $2 million on the site with ads trying to fend off impeachment.

“Studies have found that with just 10 ‘likes’ an algorithm can predict a person’s personality traits better than can a co-worker; with 150, it can do better than a family member; and with 300, better than a spouse,” writes George Riedel.

And Rachel Bitecofer — the political scientist behind the most accurate prediction of the 2018 elections and one of the most promising predictions Democrats can hope to hear for 2020 — keeps trying to warn anyone who wants Trump gone that if the president defies her prediction and wins it will be because Brad Parscale, Trump’s campaign manager, found a way “grow the electorate on a mass scale using one of the hardest to mobilize demos.”

And the tool that will make that epic reshaping of the election possible? Facebook.

“That is the future of political marketing,” Parscale said, in a speech from the key swing state of Romania.

Trump’s campaign has found ways to stoke exploit nearly all of the worst vulnerabilities in our society — racial division, gender resentment, the ability to spread propaganda virally through social media. Our assumptions that these ills will be cured by the market or time have failed us.

That’s why Warren, like Bernie Sanders, has a plan for the break-up of Facebook. And like many of her plans, it lays out an aggressive treatment plan for a cancer that has largely been been allowed to metastasize for decades.

In The Case for the Digital Platform Act, Harold Feld makes the case for legislation that could lay the groundwork for reining in big tech — and possibly regulating political ads online the way we do on other mediums.

“Just as the Communications Act imposes certain obligations on broadcast political advertising, and the FCC used to do more by rule, an agency created under my proposed framework should have the power to decide whether this would be permissible,” Feld says. “But the First Amendment cuts both ways, here. Congress (through an agency so empowered) has an interest in maintaining the integrity of elections, including prohibiting information that is completely false and cannot be characterized as opinion.”

Of course, there will be no effort to take any serious look at how social media — or any aspect of our election infrastructure — can be gamed until Donald Trump is out of the White House and Mitch McConnell is no longer the Majority Leader of the Senate.

Republicans remain intent on using Facebook to maintain their power and the money and pressure they apply to the site will make sure that they can do it without any regard for the truth.

Democrats need to recognize that Trump isn’t the only corrosive threat to our democracy we face. All of the 2020 candidates need to come together and demand Zuckerberg resign now before he can sway the election to Trump, again. This probably happen, but it will make the case that there may be costs to allowing your business to be co-opted by the most obviously corrupt president in American history.