GASLIGHT ALERT: Dozens of Republicans ARE in the room during the impeachment hearings

Republicans are trying to overturn the results of the 2018 election 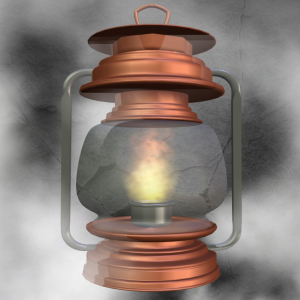 Because Republicans lost the House of Representatives in 2018, they are no longer in the majority and, because of this, Democrats control the impeachment process that is now underway. To hear Republicans and Fox News tell it, they are engaged in an unconstitutional process (that is actually IN the U.S. Constitution) “behind closed doors” that entirely excludes Republicans.

This, of course, is completely untrue. As Philip Bump points out at the Washington Post, fully one-quarter of the Republicans in Congress are permitted into the interviews being conducted as part of the inquiry:

There are, as of writing, 432 voting members in the House, 197 of whom are Republicans.

Of the total, there are 103 members on the Intelligence, Oversight or Foreign Affairs committees, all of whom are allowed to participate in the inquiry hearings. Forty-eight of them are Republicans.

In other words, 1 out of every 4 Republicans in the House can participate in the inquiry hearings anyway. That doesn’t include Minority Leader Kevin McCarthy (R-Calif.), who is also allowed to participate. It does include Rep. Greg Pence (R-Ind.), the brother of the vice president. He sits on the Foreign Affairs committee.

And not only are the allowed to participate in what Republicans are describing as “secret” and “Soviet style” investigations, they ARE participating:

Each morning Republicans, Democrats and staff gather in a secure conference room in the basement of the Capitol, huddling behind closed doors for depositions from witnesses in the fact-finding phase of the House’s impeachment inquiry of President Trump.

Then the questions begin to fly, largely from the expert staff hired by lawmakers on the House Intelligence Committee and other panels participating in the probe. Each side gets an equal amount of questions, as dictated by long-standing House rules guiding these interviews. […]

[Republican Congressman Mark] Meadows, one of Trump’s staunchest allies, said each side has been allowed an unlimited amount of questions they can ask of witnesses.

What’s more, when Matt Gaetz led his merry band of brave Republican resisters into the Sensitive Compartmented Information Facility (SCIF) this week and delayed the testimony of Laura Cooper, the Pentagon’s top official on Ukraine, for five hours while they sat around eating pizza and breaking the House rules about bringing in communications devices, nearly a third of the Republicans who protested – 13 of the 41 of them – were actually allowed to be in the room in the first place. That’s because they are on the Intelligence, Oversight, or Foreign Affairs committees conducting the interviews.

If you want to understand fully just how outrageous the SCIF stunt was, here’s Mieke Eoyang, someone who knows a thing or two about the SCIF and national security, with a must-read Twitter thread where she explains why what they did IS, in fact, a national security threat:

A few words on why Gaetz stunt to storm the SCIF to disrupt Laura Cooper's deposition is a VERY serious national security problem.

Note, I worked in that SCIF for HPSCI and handled cybersecurity issues while there.

Fox’s own legal analyst, Andrew Napolitano, made it clear that this process is totally above board and is being conducted under rules that Republicans themselves set in 2015:

“Let me tell you what I did, Kilmeade, I read the House rules,” said Napolitano. “And as frustrating as it may be to have these hearings going on behind closed doors, the hearings for which Congressman Schiff is presiding, they are consistent with the rules.”

“They can make up any rules they want,” scoffed Kilmeade.

“They can’t change the rules,” said Napolitano. “They follow the rules. When were the rules written last? In January of 2015. And who signed them? John Boehner. And who enacted them, a Republican majority.”

“What do the rules say?” said Earhardt.

“Secret doesn’t work in this world,” Napolitano added. “Eventually there will be a public presentation of this. At which point lawyers for the president can cross-examine these people and challenge them.”

By the way, there’s good reason for these interviews to be conducted in secret. It helps avoid witnesses changing their testimony to match that of those who have already gone before them. And it eliminates the posturing and grandstanding that members of Congress invariably engage in that diminishes the quality of the testimony.

Elections have consequences and Republicans lost big in 2018. Now, with Democrats in charge of the process, they are trying to overturn the results of the 2018 election by gaslighting the entire country.

But have no fear, there are plenty of public hearings to come. And anyone who was worried that this impeachment process wouldn’t bring out additional evidence and damaging revelations of criminality and “high crimes and misdemeanors” by Donald J. Trump and the criminal enterprise known as the Trump administration apparently doesn’t know Donald J. Trump very well. Because what everyone should have known was that crimes that Trump committed and admitted to in broad daylight before cameras and witnesses and on Twitter were always just the tip of a Titanic-sinking iceberg.