Republican support for impeachment has doubled — or tripled

Two quick, new polls regarding impeachment show an exponential increase in support for the impeachment of Donald Trump in his own party.

Meanwhile, in ABC News/Ipsos poll finds that voters think this particular action to seek interference in our election is  serious, while only 3 percent are very surprised by Trump’s actions. And every major poll finds a majority or plurality supporting Democratic moves in response to the disclosure of the whistleblower complaint detailing Trump’s effort to extort Ukraine into interfering in the 2020 election. 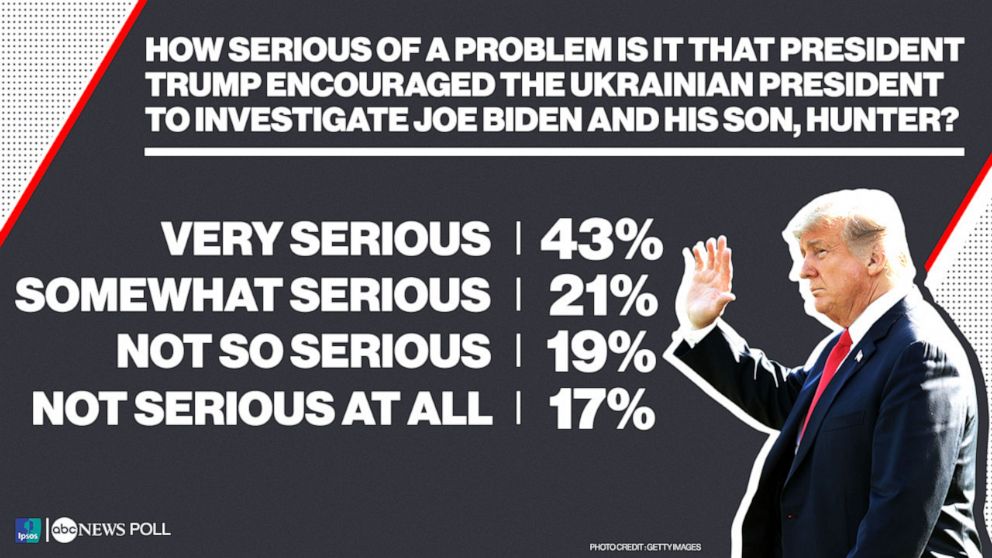 In general, the polls look quite good for moving to hold this president accountable at long last, especially if you compare them to how they looked for Nixon before he had to flee office.

What does this tell us about polls and impeachment?

Mostly that we should ignore them like they’re the child from our second marriage that we occasionally have to ask to wear a name tag.

“Trying to gauge public opinion about a poorly understood, fast-moving story rarely lends itself to easy takeaways,” Ariel Edwards-Levy writes. “Polls on impeachment vary massively depending on how they’re worded, and tracking polls can and do fluctuate even when there’s no underlying cause.”

Using polls to hold off the necessary impeachment of this MFer — especially polls that showed Republican-leaning independents in swing districts prepared to dump their new Democratic reps if they backed impeachment — was a scam. And using polls to determine the direction of impeachment would be a sin.

Polling suggests that the public does seem to grok that Trump has been caught trying to steal a second straight election with foreign help. And the disgust about this obvious abuse of power seems to exceed the outrage for the multifarious other high crimes Trump and his administration have committed.

So… Are the polls changing because the public through a newly focused media has become fixated on Trump’s abuses? Or is because because Nancy Pelosi summoned the political forces she commands to consolidate support among Democrats? Or is it just because polls kind of suck?

I think this reaction comes in large part because Trump’s other crimes have been covered up far more effectively with the cooperation of the Republican Party and its vast media reach. And they’ve been aided in this by a system of abusively classifying public records to hide the president’s shady foreign entanglements and possible crimes. A system that was exposed as part of this scandal.

But who knows? And who really cares — or should care? No one.

Impeachment is crucial because we have a president who is determined to use his power to continue his power through whatever crimes and racist incitement are necessary. The Constitution leaves us with one avenue to try to prevent him from exploiting his power. And there’s no poll or future generation that will forgive us if we do not use the power we have to preserve the democracy we have left.