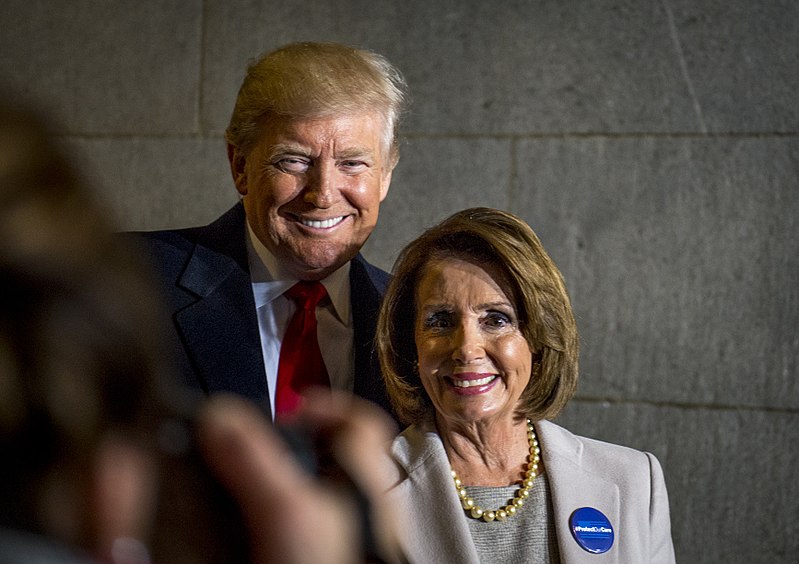 We need to be as determined to save our democracy as Donald Trump is to save his own ass.

If we lose in 2020, the authoritarianism we’re already bumbling toward will become enforced by law. Trump will complete the Republican takeover of the federal judiciary and cement it by appointing as many as three more Supreme Court Justices. Rigging the system so he stays in office, either directly, or through a member of his family acting as a proxy will just be a formality. We could easily have our own Putin.

If Trump loses in 2020, he loses the only job in the world that means he cannot be indicted for a federal crime. He loses an Attorney General who will make sure the only people prosecuted for crimes are his political enemies. He loses the ability to prop up his businesses, his brand, his crimes, shielding himself from real scrutiny as he makes untold deals that will enrich him and persecute his opponents in ways we can’t even comprehend yet.

Nancy Pelosi — on behalf of many of the most vulnerable Members of her caucus — is making the bet that “impeaching” Trump at the polls is the best way to remove this once-in-a-Republic threat to the rule of law.

Maybe we should trust her?

Why not? Pelosi may be the savviest politician of our lifetime. She’s the first woman to become Speaker of the House, and she did it twice. She’s a huge reason we have the ACA and if there’s a Democrat in the White House in 2021, she will be the single most effective driver of the new president’s agenda.

Still, I think she’s making the worst bet in American history by refusing to proceed with impeachment immediately. The only question should be which high crimes they should include in the articles of impeachment, though it’s clear the effort to extort Ukraine into making up lies about Joe Biden should top the list.

Her certainty is leaving some to imagine she has dark intentions or is simply compromised. I think the explanation is much simpler.

She effectively led Democrats through 2007-2008 into the largest landslide the party has seen in generations by avoiding impeachment and letting the president “impeach himself.” She’s betting that will happen again and she can avoid putting her most vulnerable Members on the spot to place their sacred honor (and bet their careers) for or against Trump’s impeachment.

Here’s why this strategy is a terrible bet.

Every election is a bet. Trump is a guy who couldn’t make a profit off a casino, but he figured out how to get richer and more immune from consequence every time he failed.

You don’t want to be one of the many, many sad sacks who could have stopped him but figured other people would do the job for you.