Trump is the worst president we’ve ever had, but he’s also a typical Republican

Everything about the Trump presidency is a heist, the kind of heist that typical Republicans made possible. 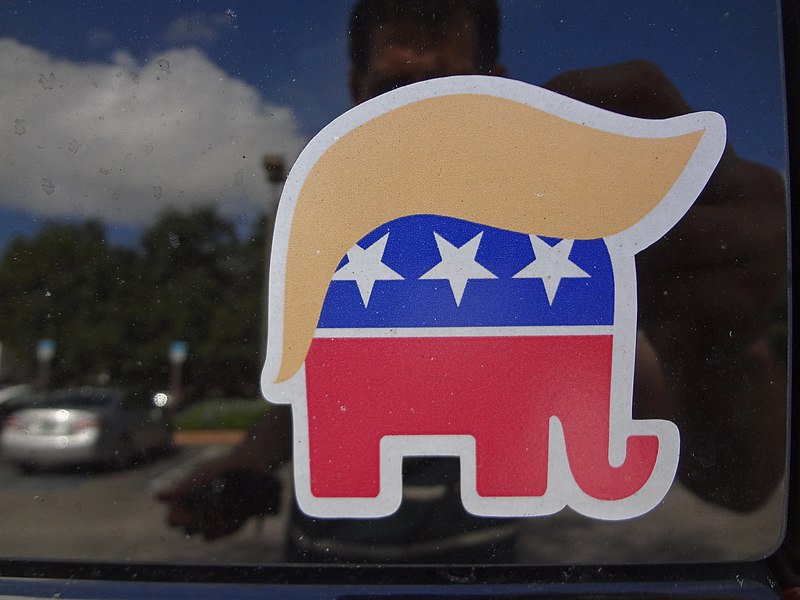 One of the great debates of our time is “Who is worse — George W. Bush or Donald Trump?”

As far as the damage each man has done, W. still has Trump licked.

Yes, the 45th president has purposely escalated the targeting of civilians while purposely exacerbating an immigration crisis to justify mass kidnappings and expanding our detention system to the point that we are undeniably operating a concentration camp system. But he has not yet launched a war of choice that killed somewhere around half a million, creating cascading refugee crises, and spurring the launch of ISIS.

Yet Trump, to me, is still worse. And I know this is a tough case to make, largely because many of the worst things both men have done come from just being a typical Republican.

Both Trump and W. are global warmers who are determined to speed up the irreparable damage being done by carbon pollution. Bush’s warming took place when it would have been more likely we could have prevented the worst effects of climate change. But Trump has been more aggressive because he’s had to be. He came into office when there were some actual efforts in place to save the planet. W. would have done the same. This is a tie.

Both men flooded tax cuts to the rich with the goal of creating deficits that they knew their party would demand be paid for with cuts to the social safety net. W. took on Social Security directly in his second term. Trump recently told a Republican Senator that gutting Medicare sounds like a fun “second-term project.” And he’s proven more willing to actually make these cuts than any other Republican with the almost $1 trillion in cuts to Medicaid he backed as part of the repeal of the Affordable Care Act. Trump is also backing a lawsuit that will uninsure tens of millions in the courts as he failed to do it when Republicans controlled everything. Yes, W. saw almost 8 million Americans uninsured while in office, but that was largely the consequence of him wrecking the economy. Though any Republican would have to back the mass insuring of America’s most vulnerable people now because the party has campaigned on ACA repeal for a decade, the advantage goes to Trump here.

Both men have used hostilities that tend to animate older, whiter voters primed on decades of dog whistle politics to distract from the underlying cruelty of their policies. W. focused with his policies, if not his rhetoric, on Muslim Americans. And he bet his second term on targeting LGBTQ rights and won. Trump is a white nationalist who has elevated the implicit white Christian supremacy the girded the far right since Brown v. Board while using typical Republican tropes to maintain a semblance of plausible deniability. In this effort, he’s had the help of a massive GOP propaganda machine that works to normalize these dog whistles and tell people that they didn’t hear Trump defend neo-Nazis, when they clearly did. Trump is exceeding W. in rolling back LGBTQ rights mostly because because there were so few to roll back at the turn in the century. The assault on the gains the gay community have been has been steady, relentless, and largely ignored. Like Trump’s assault on reproductive rights, these efforts will last for decades thanks to the record number of federal judges hostile to LGBTQ rights Trump is appointing.

This leads to my central contention about why Trump is worse than W.

The biggest popular vote loser in 140 years is poised to appoint more people to the federal bench than any president in history —  nearly all will be white Christian males. He’s able to do this mostly because he’s a typical Republican, the beneficiary of an amoral assault on our democracy led by Mitch McConnell who hoarded judgeships along with Merrick Garland’s Supreme Court seat.

But it’s only truly possible because everything about the Trump presidency is a heist.

A heist made possible by welcoming the help of a foreign despot entirely obsessed with amassing and hiding personal wealth. It’s a heist enabled by multiple crimes, including breaking campaign finance laws to hide multiple affairs in the wake of the release of a tape in which Trump admitted to serial sexual assault. It’s a heist determined to hide the personal gains being fed to the president and his family as part of what Sarah Kendzior calls a “a transnational crime syndicate masquerading as a government,” as the pursuit of personal gains seem to guide every decision he makes.

This is no defense of George W. Bush, who has every vice Trump does to some degree (except, it seems, filandering and serial sexual assault). W.’s election in 2000 was a heist of its own and he’ll never properly repent for the Iraq War or for Katrina or for steering us off a cliff that cost Americans, millions of jobs and trillions in wealth. But W.’s corruption and crimes were sadly typical of our political system as it has been warped by the right wing.

Trump has always shown contempt for W. and admiration for Putin because Vladimir Putin is the ruler aspires to be. Not a president. Not a king. But a kingpin, holding on for power for dear life because he knows the only way his crimes will ever have any consequences is if he ever leaves power.

And because he’s committed his entire party to the mission of protecting his personal interests, fealty to a kingpin is now a requirement to be a typical Republican.