In Michigan, we see how low Republicans will go to save gerrymandering 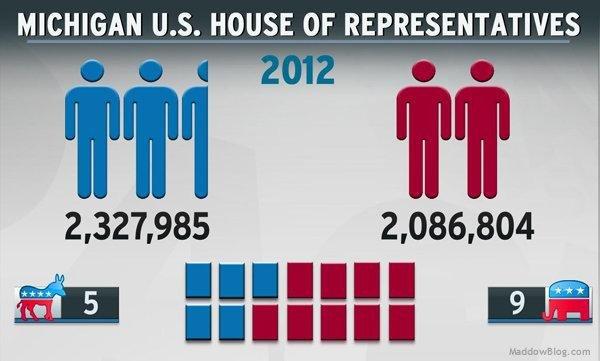 I’d never seen a movement like Michigan’s Voters Not Politicians.

In 2017, as Indivisible Groups were sprouting all over America and the Women’s March helped bring millions into the streets, Michiganders plotted to get a ballot initiative that would end partisan gerrymandering in our state on the ballot. It was hard to find a store without a clipboard collecting the signatures needed to get the proposal on the ballot. Almost any time you ended up on one the roads our Republicans have let corrode for decades, you’d see a bumper sticker with the check-mark “V” that works as the measure’s symbol.

The fervor made sense. Michigan may have the most gerrymandered electoral maps in the Union.

This distortion of democracy allows Republicans to hold the State House and Senate again and again, despite winning far fewer votes. Earlier this year a federal panel found that the method used to draw our state’s electoral maps violates the 1st and 14th amendment rights of Michigan’s citizens because it “deliberately dilutes the power of their votes by placing them in districts that were intentionally drawn to ensure a particular partisan outcome in each district.”

The Supreme Court, in a ruling authored by John Roberts this summer, stated that it will not step in to fix this inequity. Why not? “…Roberts was saying the Founding Fathers were basically OK with gerrymandering or they believed the states should solve it,” Ari Berman explained on NPR’s Fresh Air.

That’s exactly what Michigan did. We passed the Voters Not Politicians initiative with over 61% of the vote.

And what did our state’s Republicans do?

The state party launched a lawsuit that questions the commissions voters overwhelmingly supported.

Why do Republicans feel they can defy 3/5 of the state’s voters and get away with it? Because that’s how gerrymandering warps our politics.

Removing accountability to the voters hurts everything citizens do, down to even getting loans. In Michigan, we know this sort of perversion of our system can be deadly. It helped Republicans push “emergency” polices that poisoned one of our great cities.

We did the right thing in Michigan and the lesson is Republicans will do everything they can to stop the right thing from happening if it costs them any power. Gerrymandering is the cornerstone of the GOP’s strategy to perpetuate its power for decades. It’s been sanctified by the High Priest of Minority Rule John Roberts and the only way to defeat it is one election at a time.