William Barr is the pardon Donald Trump gave himself 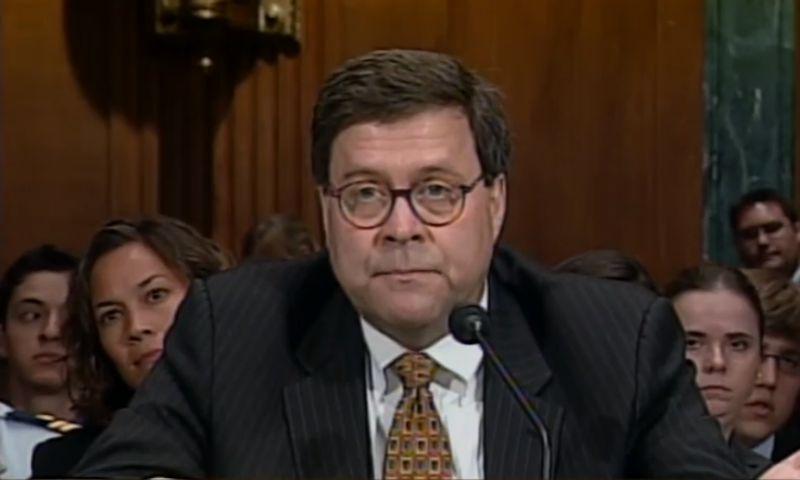 If you had any doubt who William Barr is, your worst fears were confirmed this week. He is a man utterly devoted to bending the law to grab political power for Republican presidents to use with impunity.

The Justice Department announced on Tuesday that it would not be pursuing federal charges against Daniel Pantaleo, the NYPD officer accused of fatally choking Eric Garner, who was approached by police for allegedly selling loose cigarettes. The decision was apparently made by Attorney General William Barr himself, after the DOJ’s Civil Rights Division favored an indictment while a competing faction in the New York office felt otherwise.

The FBI believed then-candidate Donald Trump was closely involved in a scheme to hide hush-money payments to adult film star Stormy Daniels, who claimed to have had an affair with Trump, court documents from the closed campaign finance case against former Trump-fixer Michael Cohen show.

Yet not only will no charges be brought against Trump or the Trump organization for a criminal coverup that helped elect Trump, it looks like the investigation was prevented from being fully conducted.

This, likely, also happened at the direction William Barr.

These two exhibits will likely never get the examination they demand. Just as two facts about William Barr’s first term leading the Department of Justice that predicted exactly how’d behave as Attorney General were largely ignored:

Barr’s agenda is often portrayed as on a mission to expand “executive power.” But as Sam Bagenstos told us, Barr doesn’t seem very interested executive power when there isn’t a Republican in the White House. Rather, he is all about expanding Republican power and erasing Democrats ability to check it.

Mass incarceration has been the most successful effort to disenfranchise voters since the Voting Rights Act. Even before Republicans adopted the array of burdens on voting designed to prevent the Obama coalition from voting, disenfranchisement through incarceration and then laws preventing felons from voting in key states like Florida haven been key to the modern “Mississippi Plan” described in Carol Anderson’s One Person, No Vote. Enforcing police impunity is a key to this effort.

Likewise, getting away with multiple Watergates is also key to Republican dominance, almost as key as the Electoral College in an era where Republicans have only one the popular vote once in three decades.

“Well, when the president does it, that means that it is not illegal,” Richard Nixon said.

Barr would edit that to be, “Well, when the Republican president does it, that means that it is not illegal.” That means any crime Trump committed before he was president, to win the presidency and as president is not illegal. Barr has already “exonerated ” Trump in advance to commit any crime he needs to win again. And Trump has responded by soliciting hacked materials from anyone who seeks favor from the president of the United States.

Americans would be generally horrified to learn that Trump has pardoned himself. But by giving himself William Barr, he’s given himself a pardon by another name. And as long as Democrats in the House refuse to use the only method they have to try to prevent Trump from committing more high crimes, there are no checks, there is no balance.