Avoiding lady temptresses: The modern day GOP application of “The Graham Rule” & their hypocrisy regarding Trump 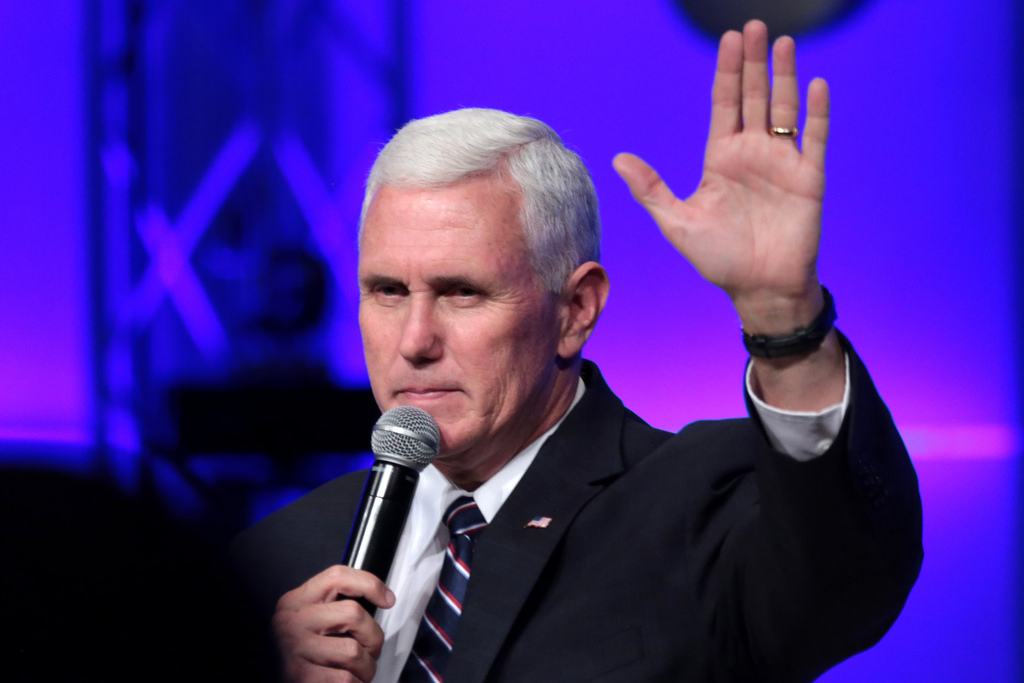 Vice President Mike Pence made the Billy Graham Rule famous when he made it public that he does not have private meetings or dinners with women. It is in the news again recently because Robert Foster, a candidate in the Mississippi Republican gubernatorial primary, refused to let lesbian reporter Larrison Campell join him on an all-day campaign road trip unless she furnished a male chaperone. For some reason, the accompanying photographers, some of whom were presumably men, were not enough. Campbell also pointed out that Foster’s campaign manager would be on the trip. But none of this was enough. Foster’s campaign manager Colton Robison insisted, “We’re really concerned about bad publicity… some tracker could take a photo putting [Foster] in a compromising position, and it would jeopardize his campaign.”

A second candidate, former Chief Justice of the Mississippi Supreme Court Bill Waller, Jr. has also signed onto the Graham Rule, refusing to be alone with women who aren’t his wife.

Televangelist Billy Graham formulated his eponymous rule with his three closest collaborators in a motel room in Modesto, California early in his career as part of his determination to not have his crusades derailed by the sorts of scandals that brought down other famous preachers. In Christian circles it is known as the Modesto Manifesto and it features the rule that, in Graham’s own words, they would “not travel, meet or eat alone with a woman other than [their] wife.”

We all knew of evangelists who had fallen into immorality while separated from their families by travel. We pledged among ourselves to avoid any situation that would have even the appearance of compromise or suspicion. From that day on, I did not travel, meet or eat alone with a woman other than my wife. We determined that the Apostle Paul’s mandate to the young pastor Timothy would be ours as well: “Flee … youthful lusts”

The Modesto Manifesto also included other rules covering the distribution of money raised by offerings, avoiding criticism of local churches, and not exaggerating attendance numbers.

Graham did have a great career without a hint of sexual or financial scandal, but he finally got his with a scandal of behind-closed-doors antisemitism. In the Nixon Tapes, Graham told his buddy, President Richard Nixon, how he REALLY felt about Jews:

Mr. Graham said, “A lot of Jews are great friends of mine.”

“They swarm around me and are friendly to me,” Mr. Graham said, “because they know that I am friendly to Israel and so forth. But they don’t know how I really feel about what they’re doing to this country, and I have no power and no way to handle them.”

Nixon replied, “You must not let them know.”

After the tapes disclosed the conversation, Graham said, “I guess I was sort of caught up in the conversation somehow.” Notice how the focus is victimization by temptation rather than owning the bigotry.

There is something to the idea that secrecy gives permission for misconduct we would be ashamed to have exposed. But why are Pence, candidate Foster, and others so narrowly focused on sexual misconduct? It is true that adultery is rampant (but rarely between straight men and lesbians). Equally common are financial shenanigans and bigoted speech. However, I doubt even the most promiscuous of politicians can screw as often as they can make private bigoted comments. On an average day, a typical U.S. member of Congress makes dozens of private phone calls to contributors. Arguably, some of the most damaging disclosures for candidates were recorded comments to wealthy donors.

If politicians truly wanted to preserve their integrity, they could agree to not meet privately with lobbyists and donors rather than the women they appear to view as temptresses. Furthermore, an ethically motivated contemporary application of the Modesto Manifesto would involve downsizing politician power through accountability, transparency, revitalizing the redistricting process, fundraising, and term limits to make it harder for politicians to abuse their office.

Some proponents of the Graham/Pence Rule claims it protects politicians from false allegations. That could be equally well accomplished by continual recording of their official time. Maybe we need body cams for politicians. I imagine the ones designed for cops would be robust enough to survive a body slam by U.S. Rep. Greg Gianforte. But as we have seen with cops, offenders have a penchant for turning off their cameras when they are about to break the rules. Politicians would no doubt do the same, just as marital cheaters intentionally conceal and lie. I doubt the Billy Graham Rule stopped many except those who would not have cheated on their spouses anyway.

I respect piety on one’s own dime, but not when it comes at the expense of others. I do not respect the false piety of the current crop of politicians aligned with right wing evangelicals whose piety does not extend to the other tenets of Christian piety, whose policies and rhetoric mock Biblical teachings such as “Suffer unto me the children,” “Turn the other cheek,” “Be peacemakers,” “Be like the good Samaritan”, and so on. Instead they cast the first stone at women as tempters. Their unhealthy obsession with sex makes it the locus of their morality mostly to fight others and not to reform their own churches which, like most institutions, have yet to come to grips with child sex abuse. And they valorize a demonstrably flagrant violator of all their sexual mores, Donald Trump. Let’s face it: No one more than Mike Pence, and now Robert Foster and Bill Waller, Jr., can, with straight faces, sing Hosannas to Trump while invoking their truncated version of the Billy Graham Rule.