What’s behind Elizabeth Warren’s growing appeal? A killer grasp of how power works 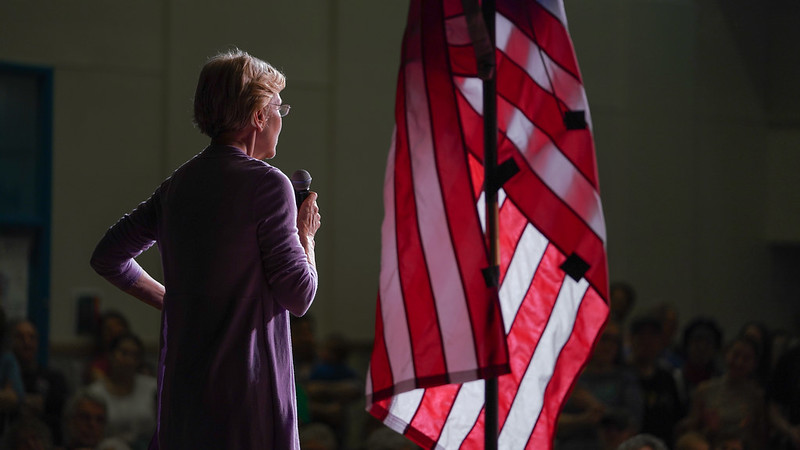 After Elizabeth Warren refused to do a town hall on Fox News, I wrote a column where I argued, “There has been no candidate for president in my lifetime who has better matched her country’s needs.” The piece ends up making the case for a two-woman ticket led by Warren, a digression I still agree with but regret.

The senior Senator from Massachusetts being a woman with an excellent set of proposals to save abortion rights is definitely important at this moment. You may have noticed that we are on the verge of the mass criminalization of abortion. But gender is definitely not near the center of her growing appeal.

The core of Warren’s rise is that she gets how power works and thus how to most effectively resist it. On The View, she demonstrated this with an excellent explication of her decision not to lend her credibility to Fox News, a channel that exists to destroy anything that preserves the middle class.

Warren’s “I have a plan” mantra recognizes that the left in this country has been getting its ass kicked for decades. “Big structural change” isn’t just a nice campaign promise; it’s necessary.

With her clear-eyed view of corruption, she saw the financial crisis coming and then warned of the dangers of not taking aggressive action against the perpetrators of the greatest ripoff in American history long after it was over.

“There’s been such a sense that there’s one set of rules for trillion-dollar financial institutions and a different set for all the rest of us,” Warren has often said. “It’s so pervasive that it’s not even hidden.”

You could easily believe that that this quote came from Bernie Sanders. The Senator from Vermont also proposes structural solutions while going even further than Warren at points. For instance, there’s his defining belief that every American should have Medicare along with his heroic call for putting an end to endless wars.

Sanders has a inspiring vision that Republicans can be defeated anywhere a candidate runs on a full-throated embrace of programs like Medicare for All and free college. The problem is that model has not yet been proven anywhere Democrats do not normally win.

I think he’s right that Democratic policies are widely popular and expanding them could bring in voters who have been left behind by the compromises of the past. But this ignores the systematic manipulations — from Fox to voter suppression to money in politics — that ensure Republican wins.

Sanders willingness to go on Fox speaks to a naivety. He doesn’t seem to recognize that trading your brand for an hour of Fox air is a bad deal when they then use it find more advertisers and employ out-of-context clips to propagandize its viewers against your candidacy for weeks.

Where does Warren’s firmer grasp of the mechanics of power come from?

It could be from her background working as lawyer and academic dealing with bankruptcy, the issue that dragged her into public prominence. It could be seeing how her decade long fight to put the financial system protections in place that could prevent unnecessary financial crises culminated with a GOP Senate filibustering her out of contention to lead the Consumer Financial Protection Bureau.

A more cynical part of me suggests that it could be from her political background. She was a Republican until 1996. That isn’t to say that you have to have a conservative background to grasp the sort of amorphous cunning and greed that have ensured minority rule for the right. But it doesn’t seem to hurt.

Calling Warren the best candidate of my lifetime seems like an unnecessary shot at Barack Obama, who I not was uniquely suited for his historic win in 2008 when even his name seemed to be a firm rejection of Bush/Cheneyism. And if his “no blue states/no red states” ethos had prevailed against the awesome forces of division, I wouldn’t dare make this assertion.

But democracy is on the ropes, along with the basic rights won over the last century. Despite a hard-won recovery and massive victories like Medicaid expansion, the working class is still struggling, one crisis away from doom. And the right loves it this way.

We need someone who sees how we got us in this mess and makes us believe it’s possible to get out of it. Elizabeth Warren has the power to do that.

[Photo by Chuck Kennedy for Warren 2020]