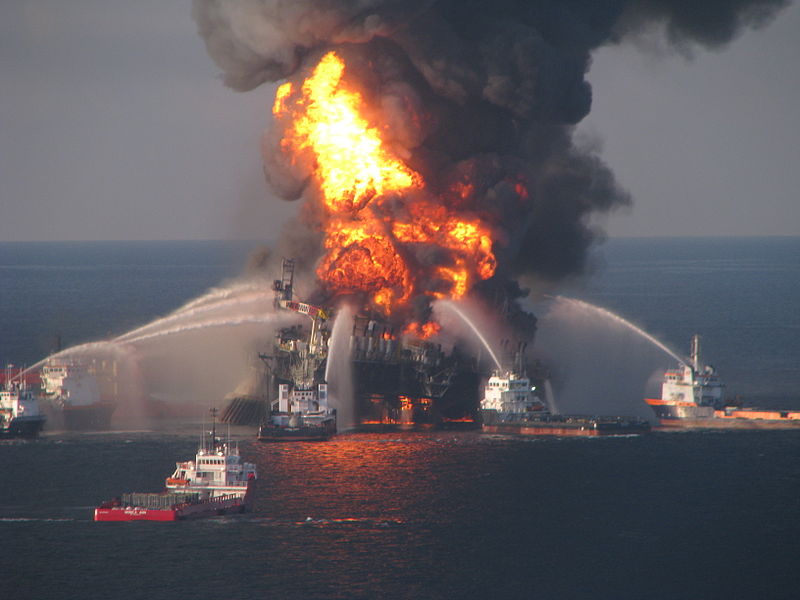 The Deepwater Horizon oil spill in the Gulf of Mexico, one of America’s largest chemical industry disasters

For the past three years, the Trump administration has made it quite clear they want to eliminate the U.S. Chemical Safety and Hazard Investigation Board (CSB) by zeroing out its funding. The CSB is an independent federal agency charged with investigating industrial chemical accidents and whose mission is to “drive chemical safety change through independent investigation to protect people and the environment.” They were, for example, the lead group that investigated the Deepwater Horizon disaster in the Gulf of Mexico.

You would think that they’re doing this at the request of their friends in the chemical industry and you would be quite … wrong.

In fact, the American Chemistry Council, the primary trade group for the U.S. chemical industry, fully supports the mission (and existence) of the CSB. In a statement to The Center for Investigative Reporting, they said they, “find considerable value in the CSB’s work – especially the reports and materials generated by the Board as part of its investigations.” This is despite the fact that, in its most recent budget, the Trump administration claimed the decision was, at least in part, based on frustration on the part of industry:

While CSB has done some useful work on its investigations, its overlap with other agency investigative authorities has often generated friction. The previous management sought to focus CSB’s recommendations on the need for greater regulation of industry, which frustrated both regulators and industry.

Fortunately, Congress recognized the important work done by the CSB and didn’t go along with the Trump administration’s efforts to defund it for all three years.

Unfortunately, the Trump administration has found a new way to sabotage this critical industrial safety group: by not appointing new members. Although the CSB is required to have five members by statute, it has only three now and by August of 2020, the group will literally have ZERO members. The Environmental Protection Agency’s Office of Inspector General (OIG) sounded the alarm in a recent oversight report: 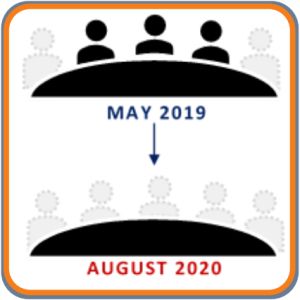 The Chairperson and the other board members are the governing body of the CSB. As of May 2019, the CSB governing body had three members and two vacancies. However, the terms of the three members will expire in December 2019, February 2020 and August 2020, respectively. The average time that had been taken to confirm the three current board members was 10.5 months from the time they were nominated, and that estimate does not include the time needed to search for and identify qualified individuals for nomination. Following this timeline, even if potential new members had been nominated in May 2019, the governing body would have only two members by December 2019. As another member’s term expires in February 2020, it is possible that the governing body would only have one member at that time and thus would not have full functionality. Further, the third existing member’s term expires in August 2020, so it is possible that the board will have no members at that point. In addition, the CSB currently does not have a presidentially appointed Chairperson, only an Interim Executive Authority.

CSB regulatory language at 40 CFR § 1600.5(a) establishes how many board members constitute a quorum in certain circumstances. However, the regulatory language lacks clarity, such as by leaving open whether a single board member may constitute a quorum. Regardless, it is clear that allowing the board to reduce to one or zero members will deeply impair the ability of the board to conduct such critical business as deciding which investigations to open and the finalization of reports.

It’s worth noting that President Bill Clinton didn’t think the CSB was necessary, either. His administration felt that the critical work they do could be handled by the Environmental Protection Agency and the Occupational Safety & Health Administration. However, as Chemical & Engineering News reported, it quickly became evident that they were quite wrong about that, in part because they might be put in the position of implicating themselves as at least partially responsible for industrial disasters:

Former president Bill Clinton also did not support the board. Instead, Clinton directed the Environmental Protection Agency and the Occupational Safety & Health Administration to investigate accidents.

As incidents continued, the two agencies fell far behind in their probes. The agencies had little incentive to investigate because they were likely to be partially at fault because of a lack of enforcement of existing regulations, says Gerald Poje, one of the first CSB board members.

An April 1995 explosion and fire at Napp Technologies in Lodi, N.J., changed the situation, Poje says. The accident killed five workers and destroyed most of the facility and surrounding businesses.

The blast was just a few kilometers from the home of Sen. Frank R. Lautenberg (D-N.J.), who had been instrumental in inserting the CSB provisions in the Clean Air Act. When OSHA’s and EPA’s investigation of the disaster stalled, pressure from Lautenberg, unions, community groups, the New Jersey governor, and others led Clinton to support funding CSB.

In response to Clinton’s request, Congress appropriated $4 million, and in January 1998, CSB opened its doors.

In the meantime, as the CSB becomes increasingly unable to do its job, the chemical industry in America will become more and more unsafe and, at some point in the future, workers inevitably will die unnecessary deaths.